Brexit is the current and incredibly dangerous version of the ongoing and deeply rooted restructuring of UK health, welfare, security, and education services. Comparing the UK government reforms to public education in England with the Brexit strategy shows that there are similar processes underway. Notably education in England has, for over 40 years, experienced ‘Edu-exit’, whereby schools have either ‘left’ local democratic control or have been set up ‘independently’ outside of it. Brexit as a process of leaving and regaining independent control is not new, and has been normalised through processes such as Edu-exit. It has five features.

‘Brexit and Edu-exit are both premised on anti-knowledge agendas.’

I have experienced and studied the reform of public services education in England and globally for the past 40 years, and when I hear the pro-Brexit arguments I hear what has already become ordinary through the radical reforms of education from Thatcher onwards. For example, the idea of autonomy is based on either leaving public control through (from 1988) grant-maintained status or (from 2000) academies, or setting up schools that are independent and free from public control as city technology colleges, studio schools or free schools. My colleague Steve Courtney has mapped all of this and has identified that there are now between 70 and 90 different types of school in England.

The public in England has got used to:

Parents and communities are now navigating a shopping mall of schools in which school-place businesses are opening and closing. There are now reports of children who have gone through the closure of at least two schools, leaving them without a school place. One response is to engage with a form of hyper-consumerism in how parents and children invest their savviness and muscle in the demand for a good school place. Another response is to give up, and hence confirm the Edu-exit eugenics claims that not all children are educable or aspirational for social mobility opportunities.

Brexit and Edu-exit are both militant anti-state and anti-democracy projects, in which the aggregation of privatised leaving opportunities are the automatic reform and reward solutions for those who will benefit from private profit. It is not that people are ‘bored of Brexit’ (BOB), even though they have heard the same arguments before. The point is that Edu-exit has ensured that there is nothing to talk about and, seemingly, there is no point in talking about it. 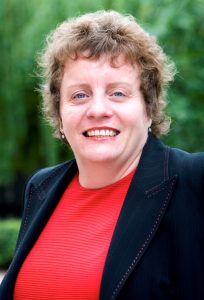 The University of Manchester

Helen M. Gunter is professor of educational policy in the Manchester Institute of Education, University of Manchester, UK. She is a fellow of the Academy of Social Sciences, and recipient of the BELMAS Distinguished Service Award 2016. Her work focuses on the politics of education policy and knowledge production in the field of school leadership. Her most recent books are The Politics of Public Education (Policy Press, 2018); with van den Berg, Howlett, Howard, Migone, and Pemer, Policy Consultancy in Comparative Perspective: Patterns, Nuances and Implications for the Contractor State (Cambridge University Press, 2020); and, co-edited with Veck, Hannah Arendt on Educational Thinking and Practice in Dark Times: Education for a World in Crisis, (Bloomsbury, 2020).

Bubble, toil and trouble: School leadership as Shakespearean tragedy in and after Covid-19

Could Dido Harding move into education next?