Over the last decade, the humanities and social sciences have become increasingly interested in the nonhuman (animals, plants, non-living objects) as having agentic and performative capacities. By this I mean the appearance of theories that destabilise human supremacy over nature and that stress incessant interdependencies and entanglements of all living and non-living elements of the world. This acknowledgement of the nonhuman has influenced educational research, which has in turn led to rethinking literacies as related to space, time, materials and bodies. It has also resulted in understanding literacies as emerging ‘through/with/in relationships’ of children and adults with the ever-changing world around them (Kuby & Gutshall Rucker, 2020, p. 31). Writing in particular does not have to be taught only in the alphabetic ways, but also with attention to children’s creative interactions with the nonhuman world (Kuby & Gutshall Rucker, 2020, p. 33). The elements of the world involved in this practice include a classroom, pencils, paper, paints, digital tools, sensations, bodily reactions, affects, desires and language.

In this blog I discuss the anarchival approach, a writing practice that encourages the emergence of lively and relational writing (Zapata, Kuby, & Johnson Thiel, 2018). Such writing constitutes a vital aspect of my research project concerning ecopoetry written since 2012 by pupils of John Clare primary school in Helpston, the birthplace of John Clare, a Romantic peasant poet. Every year, all the children write poems inspired by Clare’s output on a topic selected by the John Clare Society and participate in a competition it sponsors. In 2018, for example, the title of the competition was ‘The Wood is Sweet’, and in 2019 it was ‘Birds and Words’. The children’s poems can be seen as creative writing exercises, competition entries or contributions to literary production. However, they also belong to an assemblage of human and nonhuman entities, including the children, the teachers, the parents, John Clare’s writings, and nature around Helpston. The project relies on child–adult collaborations to show that Clare’s works may be relevant to the lives of contemporary children as a subject of collective knowing, doing and making. Unfortunately, the Covid-19 pandemic has prevented our child–adult–nonhuman collaboration this year. Nevertheless, the proposed practice may prove useful in reimagining how to teach writing.

Contrary to typical archives which document and preserve texts or objects from the past, the anarchive, a concept and methodology developed by Brian Massumi and Erin Manning (2016), activates the content of the archive through exposing it to new interpretative and creative processes. It may be multimodal (Massumi, 2016, p. 45) – depending on activities and materials to which we subject the archive through live and collaborative interactions. Anarchiving is about encounters and co-composition with the nonhuman. In the anarchival approach, writing is not a one-off activity but doing and making together involving others’ and one’s own texts, as well as the world around us. It is also process- rather than outcome-orientated, remains open to experimentation, and enables defining one’s own commitment to the writing practice. The poems written each year by pupils of John Clare Primary School are stored in folders available at the school reception. The folders, which currently contain around 600 poems, constitute an archive. When subjected to the anarchival practice, this archive may inspire new creative processes through collaborative encounters between children, teachers, other adults, media and materials. These processes may result in new texts, drawings, mashups of children’s and Clare’s poems, photographs or videos, depending on the participants’ interests. Archives that could be subjected to the anarchival transformation include texts already written by pupils, children’s books, textbooks, toys and other ‘collections’ available at schools.

‘Contrary to typical archives which document and preserve texts or objects from the past, the anarchive, a concept and methodology developed by Brian Massumi and Erin Manning (2016), activates the content of the archive through exposing it to new interpretative and creative processes.’

The anarchive encourages a multifaceted, affective and performative practice of material-discursive engagements with texts. Their results could be preserved on a school’s website and expanded through new iterations by future pupils. Zapata and colleagues (2018, p. 484) argue that ‘how we as educators conceptualize writing has material consequences that are both productive and restrictive for learners and materials’. It is worth searching for new pedagogies enabling learners and educators to imagine and practise writing in yet unknown ways. Nonhuman literacies help us achieve these goals.

Manning, E., & Massumi, B. (2016). The process seed bank, the anarchive and subtraction (excerpt from a conversation at the Distributing the Insensible event). In A. Murphy (Ed.), The go-to how to book of anarchiving: Senselab and the distributing the insensible event (pp. 48–49). Retrieved from http://senselab.ca/wp2/wp-content/uploads/2016/12/Go-To-How-To-Book-of-Anarchiving-landscape-Digital-Distribution.pdf

Massumi, B. (2016). Materializations of the anarchive: Anarchival propositions. In A. Murphy (Ed.), The go-to how to book of anarchiving: Senselab and the distributing the insensible event (pp. 45–47). http://senselab.ca/wp2/wp-content/uploads/2016/12/Go-To-How-To-Book-of-Anarchiving-landscape-Digital-Distribution.pdf 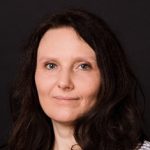 Dr Justyna Deszcz-Tryhubczak is director of the Center for Young People’s Literature and Culture at the Institute of English Studies, University of Wroclaw, Poland. She is the author of Yes to Solidarity, No to Oppression: Radical Fantasy Fiction and Its Young Readers (2016). She is a Fulbright and Marie Skłodowska-Curie fellow.

The future of Alternative Provision: reflections on the opportunities and challenges