In 1684 Charles Hoole, Latin teacher and celebrated educationalist, published a collection of Latin colloquies, presented side-by-side with English translations. Hoole included the translations so that “children by the help of their Mother-Tongue, may the better learn to speak Latine in ordinary discourse.” The language of prestige has shifted from Latin to English, but more than 300 years later some people continue to claim that mother tongue-mediated teaching approaches are effective tools for raising attainment. For example, in DfES advice on teaching English literacy to pupils for whom English is an Additional Language (EAL), teachers are advised that “before the Literacy Hour, a bilingual teaching assistant and children [should] talk through the pictures and summarise the story of a Big Book in the home language.”

Not everyone takes the view that this approach is helpful, however. In the 1600s, despite Hoole’s assertions, many schools sought to ban all use of English. Adams’ Grammar School in Shropshire, for example, still displays its founding statutes from 1656. Clause 15 states that “no scholar … shall neither within the School or without … speak English”. In the 21st century it is not uncommon to find formal school policies and informal teacher behaviour insisting on the use of English only.

What are we to make of this centuries-old collective uncertainty about the place of mother tongue in UK schools?

The 21st century notion that a learner’s mother tongue is helpful is grounded mainly in studies of bilingual schools in North America. Systematic reviews of research in these schools have consistently shown them to be associated with positive, if modest, effects on pupil attainment. It does not necessarily follow, though, that piecemeal use of teaching strategies based on the principles adopted in bilingual schools will have comparable effects for pupils in systematically different, non-bilingual schools in the UK. Research assessing the effects of this ad hoc approach to mother tongue use – and there is very little of it – is equivocal.

In an effort to add to the sparse evidence base addressing uncertainty about mother tongue use – whether it should be included or excluded – I compared alternative approaches in a randomized trial.

Based on the advice to have bilingual teaching assistants (TAs) talk through and summarise a story with EAL pupils, I chose to compare using pupils’ mother tongues with using only English for this task.

In one primary school in East Oxford, all 45 children registered as EAL in Key Stage 1 (5 – 7 year-olds) were invited to take part. Thirty six were eligible to participate and they were randomly allocated to either a mother tongue group (n=18) or an English only group (n=18).

In the absence of a TA proficient in the twelve languages represented among participants, I asked parents to adopt the TA role. I gave each family a picture book with a clear narrative structure and a set of questions, either in English or translated into their mother tongues, to focus their discussion of it. Parents were asked to use the questions and the corresponding languages to explore the story with their child over one week.

At the end of the week pupils demonstrated their understanding of the story by producing a written retelling of it. I assessed these retellings, blind to each participant’s group allocation, using National Curriculum level descriptors and WIDA English language performance definitions. Then I compared the average scores between groups.

This small study does not resolve uncertainty about whether schools should include or exclude pupils’ mother tongues. To my knowledge, however, despite official advocacy of the approach, it is the only randomized comparison of these alternative strategies in UK schools. In the hope that it will provide teachers with firmer evidence upon which to base their teaching strategies, my doctoral research builds on this experience to investigate on a larger scale the effects of mother tongue-mediated learning strategies. 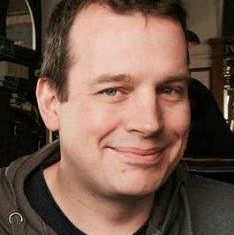 Hamish Chalmers is a doctoral researcher at Oxford Brookes University, studying the effects of translanguaging approaches to education in linguistically super-diverse schools. He taught in British curriculum schools for 17 years. The article presented here is a summary of his MA dissertation (for which he was nominated for the BERA Masters Dissertation Award). The full text is available from the author, he can be reached at: