Parents send their children to private schools for a range of reasons, and we know that British private schools are successful in terms of academic attainment and that their alumni tend to go on to gain higher earnings than their state-school counterparts (Sullivan, Parsons, Wiggins, Heath, & Green, 2014; Sullivan, Parsons, Green, Wiggins, & Ploubidis, 2018; Green, Parsons, Sullivan, & Wiggins, 2018). However, our research findings suggest that although attending private school may make people richer, it is unlikely to make them happier than their state-school counterparts.

We analysed data from the 1970 British Cohort Study (BCS70), a nationally representative longitudinal study of 17,000 people born in a particular week in 1970. Using BCS70 allowed us to control for important differences between state and private pupils in our analyses. Private pupils are typically from advantaged socioeconomic backgrounds, and, as many private schools are academically selective, their pupils tend to have higher cognitive scores at school entry. These advantages are associated with better mental health, so it was important to take them into account. BCS70 contains a rich set of measures of children’s socioeconomic circumstances in childhood, alongside cognitive scores at ages 5 and 10, so we were able to control for these factors in our analyses. Using BCS70 also allowed us to look at psychological distress in the longer term, up to age 42.

BCS70 cohort members completed the Malaise Inventory of psychological distress, which is a scale of psychiatric morbidity related to depression. We used study members’ malaise scores at ages 16 and 42 in our analyses. The scale consists of a set of items on how study members are feeling, including: ‘Do you often feel miserable or depressed?’; ‘Do you often get worried about things?’; ‘Are you easily upset or irritated?’.

‘Our analysis confirmed that attending a private school was strongly associated with childhood advantage and was linked to a greater likelihood of getting a university degree. However, we found no direct or indirect protective effect of private schooling in terms of psychological distress.’

Our findings concern a particular generation, at secondary school during the 1980s, and therefore do not necessarily apply to private schools today. Both private and state schools no doubt pay more attention to the mental health of their current pupils than they did for past generations of young people. One of the most important changes in young people’s lives since the 1980s has been the rise in psychological distress, which is particularly notable for girls. Findings from the Millennium Cohort Study show that 24 per cent of 14-year-old girls can be classified as depressed, compared to 9 per cent in boys of the same age (Patalay & Fitzsimons, 2018). But is there anything that schools can do to address this? Our findings suggest that the type of school per se may not be important, and that schools that are academically successful, such as private schools, do not necessarily provide an advantage in terms of mental health. However, this does not imply that schools are irrelevant; rather, it suggests that more research is needed on which school practices may make a difference. Meanwhile, for parents of children at state schools, there may be some consolation in knowing that the privately educated are no less miserable than the rest of us.

This blog is based on the article ‘Education and psychological distress in adolescence and mid‐life: Do private schools make a difference?’ by Alice Sullivan, Samantha Parsons, George Ploubidis, Richard D. Wiggins and Francis Green, published on an open-access basis in the British Educational Research Journal. 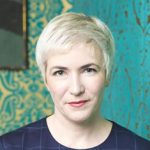 Alice Sullivan is professor of sociology at the UCL Social Research Institute. Alice’s research is focused on the quantitative analysis of social, educational and health inequalities in the life-course.

Why do school exclusion rates continue to rise in England?