In April 2016, a mother voiced her concerns on the English Local Schools Network website (Secret Parent, 2016) about withdrawing her 10-year-old from the new key stage 2 SATs. Her main concern was creating a situation whereby the school was found wanting by Ofsted:

Forty-seven per cent of the children in this cohort across England subsequently failed at least one subject in the SATs tests (DfE 2016), and so were informed by the DfE that they ‘had not reached the expected standard’ (Standards and Testing Agency, 2018). In the 2018 cohort, 36 per cent received the same message (DfE 2018). Consequently, a significant proportion of children in England now start secondary school in the knowledge that the state has deemed them unready to do so – a highly demotivating message at a sensitive time of transition. Yet parents feel powerless to protect them. Why might this be?

Twenty-first century parents are accustomed to social networking and news media that assail them with advice and sanction on every aspect of their lives (Jarvis, 2017a); their huge emotional investment in their offspring makes them vulnerable to emergent gnawing anxiety (Jarvis, 2017b). The state does not need to act directly: the population surveil and critique each other online, becoming ‘both guards and prisoners, watching and implicitly judging one another’ (Rayner, 2012, para. 12).

‘Assessment has become a machine that makes teachers, children and parents alike feel that they are compelled to comply with its demands.’

Despite the promise in the 1988 Education Reform Act of a ‘broad and balanced curriculum’, subsequent iterations of the national curriculum have sacrificed breadth and balance at the altar of statutory assessment. Education has become data-centred, and compliance has become the defining mode of our education system (Alexander, 2004). A culture of performativity and compliance (Ball, 2003) has been created. Assessment has become a machine that makes teachers, children and parents alike feel that they are compelled to comply with its demands.

A multiplicity of voices apply pressure to comply, coming at parents from Facebook, Twitter, WhatsApp and the playground. Targets link school performance in SATs to performance-related pay and job security for teachers and headteachers. This makes the neoliberal demands of statutory assessment personal, tied to the emotions of adults in close proximity to the child, and thus rendered more difficult to resist. For the parent questioning SATs, the distributed networks of power bring pressure to bear from school, from offspring and from other parents. From Easter study schools to SATs-week breakfast clubs and the reward of post-SATs trips, the practices of year 6 classrooms emphasise the message that children are all in this together. Children and adults come under peer-pressure to accept SATs as a rite of passage. This message papers over the fact that non-neuro-typical children’s experiences of SATs will be very different from those their neurotypical peers (Secret Teacher, 2018).

The distributed surveillance of the neoliberal system ensures that the ‘needs’ of the system become tied to local networks of people, even when they run contrary to the individual child’s welfare needs. These networks broadcast, in the manner of Star Trek’s Borg collective, ‘Resistance is futile’ – a message designed to ensure mass capitulation. The needs of the network override the child, creating compliant teachers and parents. 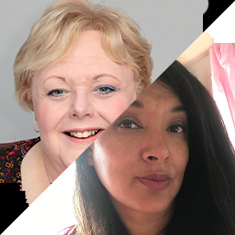 Dr Pam Jarvis is a chartered psychologist and a historian. Her key research focus is the wellbeing of children, young people and their families, and the development of social policy to support this. She is author of numerous publications including the books Early Years Pioneers in Context and The Complete Companion for Teaching and Leading Practice in the Early Years, and the article ‘On “becoming social”: the importance of collaborative free play in childhood’ (International Journal of Play 3[1], 53–68). Her PhD focussed on play-based learning in 4–6-year-olds. She is currently reader in childhood, youth and education at Leeds Trinity University. Along with Yinka Olusoga, she is one of the editors of Perspectives on Play, the third edition of which was published in December 2018. Her email address is p.jarvis@leedstrinity.ac.uk and she tweets @Dr_Pam_Jarvis.

Yinka Olusoga is a senior lecturer in early childhood education at Leeds Beckett University. There she is course leader of the PGCE Primary (3–7) course and a consultant at the Storymakers Company. Her teaching and research interests cover child-initiated play and supporting student teachers in implementing playful, creative pedagogies. Her doctoral work focusses on the historical and current role of discourse in the social construction of childhood and of schooling in the practices of personal and social education. Her work examines themes of power and resistance, and of the performance of social class, gender, race and their intersections. Her email address is Y.Olusoga@leedsbeckett.ac.uk and she tweets at @YinkaOlusoga.

Towards developing an education continuity plan: Supporting schools in times of crisis