The BERA and RSA Report (2014) confirmed the educational value of making schools research-rich environments, and work continues to be done on convincing schools that this really is the case, and is possible (see for example Konstantinou, 2018; Poultney, 2019). I’d like to contribute two examples of how schools found a way to make it work within the last four years, and to set out a dimension of action research (AR) methodology that enabled teachers to embed a spirit of research into classroom practice.

The first example was a newly academised inner-city secondary in a post-industrial area in the Midlands where we, a small team from Keele University, ran school-based sessions through the year for any staff who were interested. Staff were free to choose their own focus for research, but were encouraged by the nature of AR to pick an area that was part of their everyday work. At the end of the year, all participants made a presentation of their findings and their implications for themselves and the school as a whole.

In the second example, staff were recruited by the school, a mixed-intake secondary in a county town. I facilitated eight in-school sessions during each of the three years I worked with this school, and again, presentations were delivered to the whole school at the end of the year.

In both examples, staff motivation to take part was high. Low external pressure from senior management, individual autonomy and a gentle AR methodology seemed key to success. There was little-to-no drop-out, and presentations were considered to be of added value to the school. Anecdotally, participants reported an increase of enjoyment in teaching, as their classroom had become a place of exploration and discovery without expenditure of much extra time.

The approach to AR methodology used was a gentle, provisional exploration of a feature of interest. Gentle, because there was a tendency to force pre-existing ideas into action, rather than giving time to explore for ‘do-ability’, value and whether they really were of key interest to the teacher. Provisional because often there was huge motivation to find the Solution to a perceived Problem, rather than seeing this initial project as the first step; and allowing for an iterative cycle of observation and reflection – maybe to take just a little action but perhaps not just yet.

‘Creativity, criticality and reflexivity were the three main pillars of gentle methodology, but again, conceived of in an exploratory way – no rush, no forcing.’

Creativity, criticality and reflexivity were the three main pillars of gentle methodology but, again, conceived of in an exploratory way – no rush, no forcing. Creativity was there be recognised and appreciated as just needing to be allowed to flourish. Staff who are motivated, have experience of their area, and give themselves space for observing and reflecting will find themselves almost automatically taking creative action in the moment, or at least seeing where action may be possible in future. Trusting the process of emergent new action often has to be learned, as it is so different in nature to the prevalent pressured way of approaching work in school.

Criticality was also best encouraged by not being done under duress, allowing the emergence of a genuine interest in finding out more about what is already known and what others have done. Openness to new possibilities was emphasised and mixed with what could be called a ‘natural scepticism’ of colleagues when talking to each other, to counter their own and others’ impulsive enthusiasms or deeply ingrained preconceptions. Participants were encouraged to get together and talk about how things were going, and found themselves exchanging views and information on each others’ projects.

Reflexivity was the third pillar. This is sometimes the hardest one, so again it was introduced gently, with a non-judgemental attitude. Fundamentally, reflexivity means taking into account ‘the way you come over’, to capture the power that our own presence can have on those we come into contact with. This ‘coming-over’ includes choice of words, tone of voice and body language, which we are often unaware of, perhaps even numbed to, but which can be devastatingly demotivating for those who have to do with us, including pupils and other staff, if we get it wrong.

Having not been back into these schools for a while, I can’t say what I’d obviously love to – that the research culture of unforced discovery is alive and well. However, I hope the spirit of it may be being used somewhere.

British Educational Research Association [BERA] & Royal Society for the encouragement of Arts, Manufactures and Commerce [RSA] (2014). Research and the Teaching Profession: Building the capacity for a self-improving education system: Final report of the BERA-RSA Inquiry into the role of research in teacher education. London. https://www.bera.ac.uk/project/research-and-teacher-education 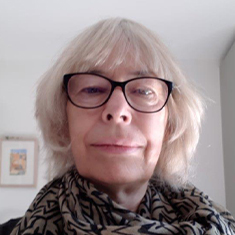 Victoria Door worked in secondary education as a language teacher, and then as teacher-educator at Keele University, where she co-developed education master’s with a focus on action research. She runs courses on voice and presence for student teachers, and on wellbeing at work for staff at Birmingham University. Victoria is currently researching mindfulness, performance and the Alexander technique in the context of flourishing. Her email address is v.m.door@keele.ac.uk.