I was once told that professionals reach their peak after seven years in their profession. Fine, I thought, if you are an accountant. Numbers don’t really change. It’s okay, if you are a lawyer. Laws are hard to shift. It can be manageable even if you are a doctor. Your practice will ask you to be retrained; you will learn about new treatments, new medicine, and perhaps cures for diseases that have been found within your years practising.

But what about if you are a teacher? With ever-changing demands, both from stakeholders and a changing economy, teachers need to ensure that they do not plateau. This article will argue that one of the most efficient ways to achieve this is by becoming an almost self-improving practitioner: be informed about research and scholarship in teaching, engage in and with research, be a consumer of research, and be equipped to conduct your own research (see BERA and the RSA’s 2014 report). With the government showing a real interest in this agenda, it is time for there to be more collaboration across schools, universities and other national organisations in terms of conducting research, engaging with findings and opening up the dialogue among universities, schools, and other stakeholders.

I draw on the findings from the BERA-RSA report to argue that the best way for this to be implemented is by collaborative inquiry becoming embedded in the school culture, and not being treated as an optional CPD session. Teachers need to be equipped with the motivation, capacity, confidence and opportunity to do so. Meeting these objectives will create new avenues and greater potential for schools to achieve high academic results and ostensibly reduce the workload of teachers. However, there are still some structural barriers in place for research to become the norm in schools.

Despite the long tradition of action research, which gained traction in the 1930s and 1940s and was consolidated in classrooms with the work of Stenhouse in the 1970s, there still exists the underdeveloped model of the teacher-as-researcher, and the capacity for this position is yet to be robustly applied in schools. There is also the ‘there is no time’ narrative, often heard in school corridors and staff rooms, which will need to shift. If there is attention given to the nature of the reflection required by teachers, and if action research is seen as having a relationship to processes, outcomes and purposes which are vital in the classroom (such as academic achievement and behavioural management), perhaps there will be a more widespread shift in perception.

‘Research is becoming central to what schools strive to do: an increasing number are appointing research leads in senior roles, training teachers to become researchers, and building centres to foster research initiatives.’

However, fortunately, we have been seeing a shift in the cultural practices in schools, educational organisations and other organisations. For example, there are the Research Schools Network, the Institute for Research in Schools, and the Institute for Effective Education, to name a few. Research is becoming central to what schools strive to do. Increasingly schools appoint research leads in senior roles, train teachers to become researchers, and build centres to foster research initiatives. Researchers in schools network, collaborate, try to bring down barriers and ‘convince’ those who are not entirely persuaded that research has its place in a busy school schedule.

As the newly appointed researcher-in-residence at the Tony Little Centre for Innovation and Research in Learning at Eton College, I was myself sceptical about the role that research had in schools. I come from an academic background where academics complained that they would be ‘judged’ on their teaching with TEF. Was it now that schools would be ‘judged ‘on their research outputs? However, after only a few months in post, I have come to see that there is a real drive to engage teachers in schools, as this practice can be valuable, even by and in itself. And this does not only happen in a well-resourced school, such as Eton College, but across the country, both at independent and state schools. By engaging with research and conducting their own research, teachers have the ability to ‘retrain’ and schools can become self-improving. It allows practice to become informed by developments in the educational profession. By trialling out ideas, some of which might not work at times, there might be opportunities to engage those disengaged students; make teaching more effective and efficient; get better exam results; and perhaps contribute to the well-being of the pupils.

There is a real need and a rightful place for research in schools. This has been happening, but there is potential for it to become the norm across schools, which might still be trying to balance their priorities between producing their own research data and using research findings in the classroom in order to enhance pedagogical practices. I believe there need not be such a conundrum: any engagement with evidence-based pedagogy has the potential to result in more efficient practice. Auspiciously, teachers seem keen to engage with the process: speaking from my own professional experience, there are several projects which are in progress in my school. Most of them are not looking to utilise the most innovative of methods, but simply to make teaching more efficient and effective and ensure that pedagogies have the scope to develop both academic excellence and contribute to skills which are vital for 21st century students. 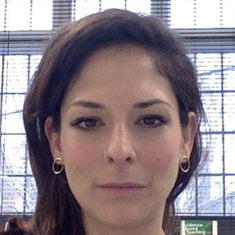 Iro Konstantinou is the researcher-in-residence at Eton College, based at the Tony Little Centre for Innovation and Research in Learning. Her role focuses on facilitating evidence-based teaching and learning, and engaging in discussions of educational research among schools. She has recently completed her PhD in sociology at the University of Warwick. As part of her research she conducted an ethnography in an educational setting.
For tweets follow: @Eton_CIRL, and see https://cirlresearch.com.

You may also be interested in the upcoming BERA event, ‘Research and Pedagogy in the Classroom‘.

Reclaiming communities after the Brexit vote

A scholarly sojourn in autoethnography, or just navel gazing?