In recognising Brexit as a game changer, Teresa May entered Number 10 Downing Street with a commitment to restore the fortunes of working families and to narrowing egregious inequalities in life-chances. The solution is to increase the rates of intergenerational social mobility to those found when she was going through the education system in the 1960s and 1970s. With the same sociological and political amnesia that seems to characterise so much of today’s public policy, May proposes to achieve this social flux by bringing back Grammar schools.

It just so happens that Teresa May and I have something in common. We were in the same school year but had very different schooling. She attended Holton Park Girl’s Grammar School in Wheatley (which became a comprehensive school) while I was a student twenty miles down the road at St Birinus Secondary Modern School for boys in Didcot. In 1970, for each one of May’s class-mates, publically certified as bright and able, there were two of us in Secondary Modern schools, written off as academic ‘no hopers’ destined to join the ‘rank-and-file’. Almost everything about my education was second rate (apart from my mates), and geared towards a quick exit into the job market, with a craft apprenticeship being a coveted prize.

On reflection, many of my classmates at St Birinus were every bit as smart as many of those I’ve subsequently met, who’ve enjoyed a more privileged education, (if I’ve met you, no offence intended). And what’s more, Grammar schools are anachronistic in an age of mass higher education. If educational expansion has taught us anything it’s that many more people can benefit from an extended period of education. In the early 1970s, when I went off to work for British Leyland in Cowley, Oxford, as a craft apprentice and Teresa May studied of A levels before entering the University of Oxford, only 18 per cent stayed on in full-time education until the age of eighteen. Since then the proportion has increased to over 50 per cent.

Equally, a mass of research evidence already shows how Grammar schools entrench social inequalities. Early selection gives an additional advantage to those from more privileged backgrounds to find ways of winning places at the expense of those with fewer assets to secure a competitive edge. This is why there was political support to get rid of them in the mid-1960s. The argument against Grammar schools is also compelling because it harbours a pathological view of socially disadvantaged communities, where Grammar schools are believed to be duty bound to perform a missionary role. Saving a few ‘clever’ souls from a poverty of aspiration, associated with the myth of a limited pool of ability.

If we are serious about increasing social mobility we need to get a much better understanding of the problem. John Goldthorpe and colleagues have shown that historically high rates of mobility, achieved around the time I was leaving school, are explained by ‘absolute’ changes in the occupational structure, that is, by rising numbers from working class backgrounds gaining middle class occupations rather than from a narrowing of inequalities in life chances. It had nothing to do with the existence of Grammar schools!

The problem today is that most people already work in ‘white collar’ jobs and in a service sector failing to conform to the idea of skill-biased technological change – that low skilled jobs are automated and replaced by other high skilled, high waged jobs. And in a context some are calling ‘digital disruption’, it is even more far-fetched to believe that productivity will create more jobs than it replaces. The main problem is therefore a paucity of decent job opportunity, exacerbated by stagnant or declining wages for many occupational groups, not limited to those at the bottom end of the job market. This creates even more competition for those tough entry jobs that still conform to the old idea of a ‘graduate’ job.

If the prospects for structural mobility are limited, then the key is what I call ‘tournament’ (or relative) mobility. This depends on developing a model of education and labour market recruitment that gives those from disadvantaged backgrounds a proper fighting chance, narrowing the odds ratios that are currently staked against them, and which more Grammar schools would reinforce.

Ultimately, we need an education system based on the principle that it’s the everyday conditions of people’s lives that matter rather than simply one of giving people an opportunity to progress into something better. As R.H.Tawney (1931) reminds us,

‘It implies the existence, not merely of opportunities to ascend, but of a high level of general culture, and a strong sense of a conviction that civilization is not the business of an elite alone, but a common enterprise which is the concern of all. And individual happiness does not only require that men [or women] should be free to rise to new positions of comfort and distinction; it also requires that they should be able to lead a life of dignity and culture, whether they rise or not, and that, whatever their position on the economic scale may be, it shall be such as if fit to be occupied by men [or women].’[1]

How realistic is social mobility?

Correcting the ‘Grammar’ in Social Mobility

Social Mobility and the Family

Agency and Structure: Towards a New Paradigm for Social Mobility in Post-Brexit Britain 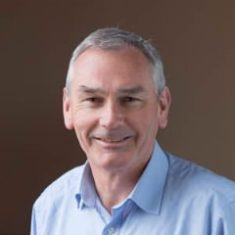 Phillip Brown is a Distinguished Research Professor in the School of Social Sciences, Cardiff University. His publications include 17 books and over 100 academic articles and reports. He has given presentations in over twenty countries and is currently writing on human capital theory, education and social congestion, and the sociology of talent, with special reference to globalisation, new technologies and talent management in Asia.