It is now a tired old panacea, operating as a very inadequate sticking plaster over the gaping wound social inequalities have become in the post-Brexit  landscape

Theresa May told her new cabinet at their first post-Brexit meeting that it was their “duty” to improve education and skills and ensure that social mobility is “at the heart of my Government”. Her focus on social mobility is totally unsurprising. Social mobility has become the universal sop offered to an increasingly disadvantaged working class, as well as the justification for every policy that increases inequalities in British society, and there have been many of them over the past twenty years. It is now a tired old panacea, operating as a very inadequate sticking plaster over the gaping wound social inequalities have become in the post-Brexit  landscape. The reality is that social mobility has stalled in the UK.  As John Goldthorpe (2016) points out,  parents in more advantaged class positions have always responded to any expansion or reform of the educational system by using their own superior resources – economic, cultural and social – to whatever extent it takes to help their children retain a competitive edge in the system. But their efforts  intensified as austerity hit the UK in the 2000s (Reay 2014), and are likely to increase  in the climate of uncertainty that characterises post-Brexit Britain.

Yet, the idea of social mobility remains pivotal in the legitimation of educational and wider social inequalities in British society. It allows capitalist societies like the United Kingdom to maintain a system of firmly entrenched inequalities. It has become a key justification for social inequalities, a crucial lynchpin in neoliberal ideology. So first and foremost elevation into the middle classes is an individualized solution to the problems of the working classes that weakens collectivist efforts to improve their conditions.

Their struggle for a good life was not only for themselves but for their families, communities, and society more widely

The rhetoric of social mobility has always been accompanied by a neoliberal vocabulary of  aspiration, ambition, choice, self-efficacy. Yet, in the 2015 study I conducted with young BME students in an East London sixth form who were applying to university (Reay, forthcoming, 2017) there were strong elements of compulsion  in their narratives. Many had no choice but to try and put things right, and their explanations were not about the aspirational individual so key to dominant understandings of social mobility. Rather, the central motifs in their stories were about reparation and restoration for their families and wider communities. They were concerned to change the world as well as their own personal circumstances.  Their struggle for a good life was not only for themselves but for their families, communities, and society more widely.  What was also concerning was the economic stress  these young people and their families were under. As a consequence, there was often little sense of confidence or entitlement about the educational journey they were embarking on,  alongside a frightening amount of fear and ignorance. But what they were convinced of was that achieving a good life could no longer be accomplished if they remained working class. That would mean being despised, condemned, looked down on as inferior.

These young people were attempting to put right something that was not their responsibility – they were trying to correct wider historic social ills and injuries they had not personally caused, but in deeply unequal societies like the UK today redressing gross unfairness is no longer seen to be the responsibility of the powerful in society, so it is left to young people like these working class Black and ethnic minority young people to repair historic and continuing damage inflicted on their families.  In 2016 social, political and economic inequalities have been  transformed into educational inequalities which then become the responsibility of the individual.  That is why the dominant rhetoric around social mobility is so toxic. At its core is the message that the socially mobile individual  is the one responsible for  creating a fairer society when that should be the collective duty of a whole society and its Government.

But there is a further deception permeating the rhetoric of social mobility, namely that once the socially mobile have succeeded educationally and become middle class their task is accomplished. As Sam Friedman and Daniel Laurison’s (2016) research demonstrates,  they never achieve equal status. Even if these young people succeed in becoming the professionals they aspire to becoming they will have to confront constraints, barriers and boundaries set by more powerful others – all those small micro-acts of class discrimination that saturate middle and upper class contexts. And as austerity tightens its grip in post-Brexit Britain (Elliott and Monaghan 2016),  the upper and middle classes will tighten their grip on status and distinction, holding on even more firmly to wealth and the best jobs. Making yourself middle class is not simply about transforming working class dispositions. It is also crucially about reception in the new field, and that reception is hardly ever about being accepted on an equal footing.

Social mobility has always been a difficult and conflictual process in which the socially mobile individual becomes more equal in relation to privileged others but at a cost of those they love and care about becoming less equal in relation to them. That is why there are health costs involved in being socially mobile (Castagnéa et al 2016; Miller et al 2015). However, all these costs seem likely to intensify in a post-Brexit Britain where the social distance between different classes is set to increase. As I have written in earlier work the promise of social mobility is cruel in a society where it has become so difficult to achieve, but the process itself is a cruel one that cuts people off from the class they have left without enabling them to become equal members of the class they are striving to join.  We desperately need a fairer, more socially just educational system in Britain but if greater social mobility is the answer then policy makers and politicians are asking the wrong questions.

Reay, D (2017) The Cruelty of Social Mobility: Individual success at the cost of collective failure in G Payne and S Lawler (eds) Everyone a Winner? 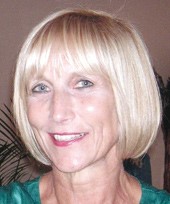 Diane Reay grew up in a working class, coal mining community before becoming an inner city, primary school teacher for 20 years. She is now a Professor of Education at the University of Cambridge with particular interests in social justice issues in education,  Pierre Bourdieu’s social theory, and cultural analyses of social class, race and gender. She has researched extensively in the areas of social class, gender and ethnicity across primary, secondary and post-compulsory stages of education. Her most recent book (with Gill Crozier and David James) is White Middle Class Identities and Urban Schooling (2011) Palgrave Press. She is currently writing a book on Education and the Working Classes in the 21st Century to be published by Policy Press.