The teaching of modern foreign languages (MFL) in English secondary schools is generally accepted to be in crisis. Entries for GCSE, A-level and university degrees have steadily declined. Even teachers don’t seem to be enjoying their subject: according to a survey by the popular app Teacher Tapp, teachers of MFL are the least likely to agree that ‘the topics I teach inspire me.’

As a new language teacher in a state-funded secondary school, I felt this disillusionment with MFL topics. One approach that has been touted as a potential solution is content and language integrated learning (CLIL). It involves the teaching of another subject or topic in a foreign language, with both language and content objectives. Although including subject content can engage students, it also has the potential to overload them cognitively. In a 2019 review, Lasagabaster notes that longitudinal studies on larger sample sizes document a slight decrease in language learner motivation with CLIL, likely due to cognitive overload. CLIL on its own, then, did not appear to be an appropriate solution to the problem of low motivation.

On social media, English MFL teachers are enthusiastically sharing lesson plans using a communicative language teaching approach developed and publicised by Gianfranco Conti: ‘extensive processing instruction’ (EPI) is based on the idea that language teachers should ‘teach less, not more’ by providing their students with a set of language ‘chunks’, drilling these, and finally pushing students to reproduce them.

Given its emphasis on reducing cognitive overload, this method is likely to succeed in allowing students to feel like competent learners. However, its mantra of ‘less is more’ has attracted criticism for demotivating pupils by limiting both their vocabulary and cultural knowledge.

‘Given its emphasis on reducing cognitive overload, the ‘extensive processing instruction’ (EPI) method is likely to succeed in allowing students to feel like competent learners. However, its mantra of “less is more” has attracted criticism for demotivating pupils by limiting both their vocabulary and cultural knowledge.’

I developed a small-scale study to test whether combining these two approaches could balance the strengths and weaknesses of each and thereby enhance pupil motivation. I designed a short intervention consisting of a five-week, two hours per week programme of instruction for a class of year 8 pupils. As a new teacher I was not able to decide on curricular aims; instead of teaching the topic of ‘going out’ with the usual dialogues on asking each other out to the cinema, I equipped students with the language needed to describe and explain the relationship between politics in the late 18th century and aspects of the cultural history of ‘going out’ (that is, which social groups enjoy which forms of leisure, fashion and politics).

To test whether this could positively affect student motivation in French, I combined a pre- and post-intervention online survey, in-class observation and journal entries I wrote following each intervention lesson to interpret the dynamic nature of motivation in my classroom.

Unfortunately, the period of the intervention coincided with the government-imposed switch to online teaching. In the case of my school, this has meant live lessons without student cameras or microphones. Not only has this affected my data-collection efforts, but the challenges of teaching online have also meant that the effect of the intervention is difficult to disentangle from the changes wrought by teaching online.

Despite this, observable changes took place among some of the students, with three of the 14 who answered both pre- and post-intervention surveys showing particularly positive results. Furthermore, nine out of 14 students agreed or strongly agreed that ‘learning about the French Revolution has made France as a country more interesting for me’. This result is encouraging, as perception of the target culture is one of strongest motivating factors in second-language acquisition (Dörnyei & Ushioda, 2021, pp. 63–4). Furthermore, as a teacher I felt more motivated to teach this course. While the body of work on the relationship between teacher motivation and student outcomes is still limited in scale (Dörnyei & Ushioda, 2021, p. 163), future research might ask how this increase in teacher motivation in courses that are based on both language and cultural objectives affects pupil motivation.

Ultimately, policymakers will need to recover foreign language teaching from its reduction to a ‘get by’ toolkit of transactional and ‘survival’ language’ (Lawes, 2021, p. 127). In the meantime, approaches such as mine suggest a way out of the binary between linguistic and cultural knowledge that persists in most MFL textbooks and GCSE exam questions. 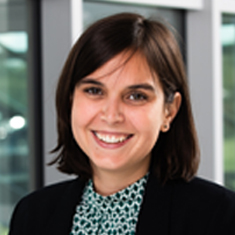 Elisabeth Wallmann is a teacher of modern foreign languages and a participant in the Researchers in Schools programme, which aims to bring subject specialists with PhDs into the classroom. As part of this programme, she has just completed a research project on language pedagogy. She holds a PhD in French studies and a postgraduate certificate in education and development.