Over 420 million children live in conflict-affected areas (Save the Children, 2019). Conflict greatly disrupts education, with long-lasting negative effects even after peace agreements are signed (Save the Children, 2019). Northern Ireland (NI), Kosovo and Macedonia are settings of protracted conflict in which the primary conflict-related groups remain largely segregated, particularly across schools and neighbourhoods. As a result, the overt conflict in each setting has continued to affect children born after the peace agreements, or in the ‘post-accord generation’ (Taylor, Merrilees, Goeke-Morey, Shirlow, Carins, & Cummings, 2014).

The Helping Kids! lab has conducted comparative research in primary schools in each of these settings. We study how majority and minority children in separate education systems develop an understanding about conflict-related groups. We argue that sharing across group lines can be considered an antecedent of later peacebuilding potential in children (O’Driscoll, Taylor, & Dautel, 2018).

All three settings have education systems divided by group background (NI: Protestant/British, Catholic/Irish; Kosovo: Albanian, Serbian; Macedonia: Macedonian, Albanian). Our trained experimenters visited primary schools and played child-friendly games on a laptop or tablet. These games asked children about their recognition of and preference for images, symbols and names associated with each background in that context. Additionally, the games measured participants’ contact with, attitudes about, and sharing with outgroup children.

Overall, the more aware children were of conflict-related group markers as belonging to one group versus the other, the more children preferred ingroup symbols. That is, children with higher awareness of group symbols also expressed greater preference for ingroup images, supporting the link between ethnic awareness and preference in SIDT. Children who preferred ingroup symbols shared fewer resources (that is, stickers) with outgroup children. Children who reported more positive experiences with and attitudes about outgroup children, however, shared more resources with outgroup children.

The Helping Kids! lab will continue to identify antecedents of children’s peacebuilding in divided societies. Fostering positive outgroup attitudes and opportunities for outgroup helping may have promising, long-term implications for more constructive intergroup relations (Taylor et al., 2014). Through discussions with families, schoolteachers and administrators, non-governmental organisations and government officials, we hope our findings can inform public policies that aid children living in conflict-affected areas around the world. As a result, our findings may help inform peacebuilding interventions in schools and communities, with the long-term aim of fostering more cohesive societies. 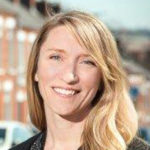 Laura K. Taylor (PhD) is a lecturer in psychology at University College Dublin and Queen’s University Belfast. Her research is framed by an intergroup developmental approach to study risk and resilience processes for youth in settings of protracted conflict. 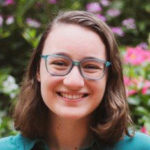 Alexandra Jacobs is a candidate for a BA in international affairs and a BA in history at Northeastern University. As part of Northeastern’s co-operative education programme, she is currently working full-time as a research assistant with Dr Laura Taylor in the Helping Kids! lab at Queen’s University Belfast. 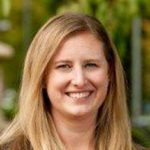 Jocelyn Dautel is a lecturer in education in the School of Psychology at Queen’s University, Belfast. Jocelyn holds a PhD in developmental psychology from the University of Chicago. 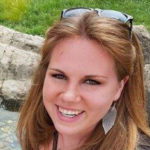 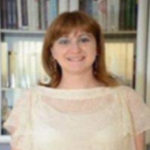 Ana Tomovska Misoska is a professor in the University American College Skopje School of Business Economics and Management. She holds a PhD from the School of Education at Queen’s University Belfast. 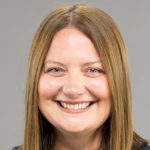