This blog reflects on a study recently published in Review of Education that investigated teachers’ perspectives on supporting bereaved children in British primary schools (Abraham-Steele & Edmonds, 2021). Childhood bereavement is a prevalent issue in the UK, with one in 29 children bereaved of a parent or sibling before their 16th birthday (McLaughlin et al., 2019). It is also culturally a taboo subject, with the British being known to be reluctant to talk about death. However, death is particularly significant during the Covid-19 pandemic, where there is increased potential for all to experience bereavement. Evidence suggests that schools are well placed to support bereaved children (see for example Holland, 2008; Dyregrov, 2008; Tracey, 2011; Lytje, 2017). Our study sought to investigate the experiences, perspectives and views of 11 teachers across 10 schools in an east England borough on supporting children in British primary schools.

The research revealed that bereavement support in primary schools in the sample borough is varied and inconsistent, with examples of both good practice and areas for improvement. Both childhood bereavement and the support available to bereaved children are socially biased, with those in socioeconomically deprived areas more likely to experience a bereavement (Parsons, 2011) and to receive lower-quality support (Abraham-Steele & Edmonds, 2021). Children in a fee-paying school have access to an on-site counsellor (and her therapy dog) immediately post-bereavement, whereas waiting times for a public-funded service were reportedly long and inconsistent. Findings suggest that the support available is a postcode lottery, with the least privileged being the least likely to receive quality support.

The findings of our study suggest that teachers do not generally feel confident supporting bereaved children and fear they will make things worse for the child (Abraham-Steele & Edmonds, 2021). At present, there is no national bereavement policy from the Department for Education (DfE) and there is no requirement for schools to have a bereavement policy. A number of teachers reported that their school did not have a policy and they did not know what they would do if faced with supporting a bereaved child. This was exacerbated by the fact that none of the teachers had received bereavement training as part of their initial teacher training and the majority had not accessed bereavement training as part of continued professional development (CPD).

‘A national bereavement policy from the DfE has the potential to address the present socioeconomic inequalities in school-level bereavement support through standardisation, alongside helping teachers to feel more confident in their abilities to support bereaved children.’

Currently, only Denmark and Australia have bereavement policies implemented on a national scale (McLaughlin et al., 2019). In a Danish study, Lytje (2017) surveyed 967 teachers on their use of bereavement response plans. The study reported that 81 per cent of teachers found that the system gave them a sense of security in responding to bereavement, because they knew such a resource was available if necessary. Similarly, we found that teachers feel that government policy or guidance and further training would be hugely beneficial to staff and students alike (Abraham-Steele & Edmonds, 2021). A national bereavement policy from the DfE has the potential to address the present socioeconomic inequalities in school-level bereavement support through standardisation, alongside helping teachers to feel more confident in their abilities to support bereaved children.

A number of systemic limitations that prevent the implementation of best practice, were revealed, including:

Any future policy and guidance from the DfE should consider these limitations and seek ways to alleviate them. Moreover, teacher training providers might consider integrating bereavement support into their programme, in order to better equip trainee teachers to provide pastoral and wellbeing support.

It is important to consider that children and young people’s voices are often overlooked in bereavement support plans. Although all teachers said they would let the parents’ wants lead their response, very few people said they would consider the child (Abraham-Steele & Edmonds, 2021). It would be advantageous to conduct future research into the views of bereaved children in the UK, to gain a perspective on their feelings and needs and to integrate these into national level bereavement policy.

At present, bereavement support is inconsistent and socially biased, with those most likely to be bereaved (children from lower socioeconomic backgrounds) the least likely to receive quality support. We can and must do better. Bereavement policy should not be a privilege.

This blog is based on the article ‘A thematic analysis of teacher’s perspectives on supporting bereaved children in British primary schools’ by Maya Abraham-Steele and Casey Edmonds, published in the Review of Education. 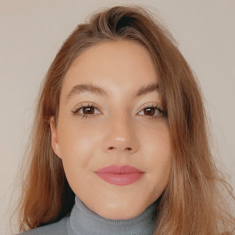 Maya Abraham-Steele is a trainee educational psychologist on the doctoral programme at the Tavistock and Portman NHS Trust. She is a former assistant psychologist, and a graduate of University College London and BPP University. Maya’s research interests include childhood bereavement, social justice, trauma and attachment. 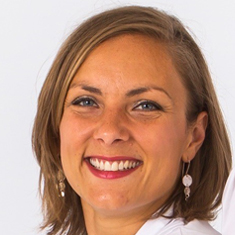 Casey Edmonds is an experienced researcher and lecturer in psychology at BPP university and the Open University. She has a PhD in psychology with a specialism in special educational needs and disability (SEND), developmental psychology and social psychology. Her research has focused on the areas of SEND, social justice and disaster education.