I subscribe to The London Review of Books (LRB). The main article on May 7th 2015 was about free schools and academies. It provoked a vigorous debate (on 21/5. 4/6 and 18/6) with serious discussion of poverty, academies, free schools and how to measure school performance: all BERA concerns. Nowhere in the original article, nor in the subsequent correspondence, did any contributor, nor, much worse, the LRB editorial staff, mention that the whole discussion was only about England, not Great Britain and Northern Ireland. The Independent (14/6/15) ran a piece on how spending cuts will destroy sixth form colleges: again no mention that its focus was England. The THE (23/4/15) published a Q & A about the general election and ‘the academy’, Only Danny Dorling mentioned that HE is different in Wales and Scotland from England. The ESRC magazine Britain in 2014 ran an interview with Professor Simon Burgess about ‘policy changes’ in ‘secondary education’ (ESRC, 2014, 27-29). Nowhere did Burgess or the ESRC mention that these ‘policy changes’ were in England. A diligent reader who got to the final paragraph about Wales might intuit the focus. I complained to the ESRC and to Burgess about the ESRC publication. Both said, in effect, ‘Oh dear, yes we should have specified England’.

These are only a few of the many examples that hit me when I read the papers, and when I referee journal articles. To equate GB and N. Ireland, or the UK, with England is both factually wrong, and also reinforces a thoughtless English ‘internal colonialism’ or ‘cultural imperialism’. This is simply not good enough. BERA needs to take the lead and stamp out the problem. It would not take much, and if BERA has a sustained campaign, taking the lead once our house was in order BERA could, through the Academy of Social Sciences, change social science practice.

Four simple actions would do it:

1) Have a BERA Council approved simple form of words available about the Four Nations on the BERA website that all members can use to email all offending newspapers, magazines etc. (especially the THE) whenever they spot the error.

2) BERA should change the guidelines for authors for all its journals to state that accuracy about the focus of any research in GB and NI is required. That is, if the paper is about England that should be specified, and phrases like ‘the London government’, ‘the UK government’, ‘the British exam system’ should not be used.

3) Request all referees of papers submitted to BERA journals to check whether Point 2 has been followed.

4) Require that revision to papers before they are finally accepted.

In the 1980s BERA journals drove out sexist and racist language: now it is time to drive out English imperialism. 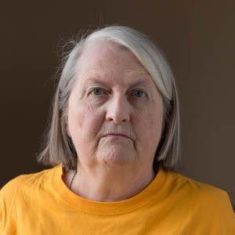 Reader in Sociology at Cardiff University

Sara Delamont is Reader in Sociology in the School of Social Sciences at Cardiff University.  She was a founder member of BERA (in 1974 100 people were invited to ‘join’ the new learned society) and in 1984 its first Woman President.  Service to the social sciences has included work for the Academy of Social Sciences (sent by Ted Wragg to represent BERA at the inaugural meeting), two terms on the ESRC Training and Skills committee, and two RAE and REF subpanels for sociology (2008 and 2014).  Honours include fellowships of the Academy of Social Sciences and the Learned Society of Wales, and a DSc Econ from Cardiff.  Her current research is on how two martial arts (capoeira and savate) are taught and learnt in the UK.  An editor of Teaching and Teacher Education (2003-2010) her most recent book is Key Themes in the Ethnography of Education Sage 2012.

Why don’t we have Counter-factuals? We could learn a lot