With the growing importance of securing a strong evidence base for teaching, there is considerable scope for exploring different ways in which teachers can be supported to engage in research. Ultimately the rationale for such an approach needs to be convincing, showing that it will give an enriched experience and tangible outcomes for both teaching and learning. If this is to be the case, teacher engagement with research needs to be focussed on the real lives and learning of both teachers and pupils. When the national agenda seems to focus on distilling ‘what works’, each teacher can feel pushed to look for particular simple solutions which may or may not be suitable for their context and inclusive for all pupils. The translation of research evidence into real contexts is often more problematic than the research literature presents. It requires teachers to test, verify and adapt possibilities in their own classrooms (Stenhouse 1975: 143). As clearly indicated in recent research studies from the Educational Endowment Foundation (no date), ‘simply disseminating research summaries and evidence based resources to schools is not an effective way… to support schools to improve learning outcomes’.

John Dewey (1938) talks of the importance of understanding inquiry in context and actively making sense of evidence as a process. Teachers being researchers and understanding their own practice is central to both Stenhouse and Dewey. Such understandings are foundational to a study funded by the Association for Primary Education. Its aims were to develop research in and across primary schools, recognising that research is messy and complex, and demands active participation and reflective action from teachers. It can be best developed through supported and guided action.

‘The project developed a small supported network of teachers across six primary schools to develop research, linked to their own school’s development plans and supported by an academic from a local university.’

The Building Research in Primary Schools (BRiPs) project developed a small supported network of teachers across six primary schools to develop research, linked to their own school’s development plans. The research was supported across one academic year by an academic from a local university. Two teachers were selected by their headteachers in each participating school; this offered the potential for the beginnings of a research community in each school. The research focus could be decided by each school in conjunction with current and emerging school priorities.

The university involvement included four twilight sessions on research methods at which teachers were supported in developing their specific research questions, finding any existing research from which they could align their inquiry, designing appropriate methods for collecting data and analysing, interpreting and disseminating their findings. Each teacher was to share their research in their own school and at a conference held at the university. The importance of making the research ‘public’ responded to Stenhouse’s notion of research being ‘systematic enquiry made public’ (Stenhouse 1981: 104).

Eleven of the 12 studies were focused on curriculum, pedagogy or assessment. Outcomes and impact were considered in relation to pupil outcomes, pupils’ wellbeing, and teachers’ own professional development. In this work they were not solely limited to quantifiable learning outcomes, as it was recognised that the pupils who were frequently targeted in these research projects were often the most vulnerable or the highest attaining, and were in low numbers. Furthermore, the research was only developed in one academic year, meaning that no great claims could be made. The studies highlighted that often the strategies that were most effective for the majority of pupils needed more adjustments, extension, creativity and adaptation for those whose learning yielded the highest and lowest outcomes. More importantly, the impact of the research on motivation and wellbeing were also important outcomes for both teachers and learners.

Stenhouse L A (1975) An Introduction to Curriculum Research and Development, London: Heinemann 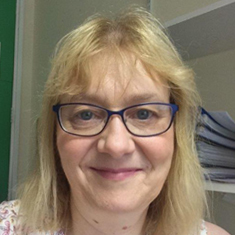 Ruth Dann is senior lecturer in curriculum, pedagogy and assessment at University College London. Formerly she was school teacher, and has led initial teacher education at both Keele and Manchester Metropolitan Universities. She is chair of governors at an outstanding school. Her research and writing are mainly focussed on the area of formative assessment, and her latest book, Developing Feedback for Pupil Learning: Teaching, Learning and Assessment in Schools (2018) looks at how feedback forms part of a relational interaction between teachers and pupils in classrooms. She is deputy editor of the journal Education 3–13, is part of the British Curriculum Forum steering group, and is one of the convenors of the BERA Curriculum, Assessment and Pedagogy special interest group (SIG). She has worked with teachers and leaders from other professional organisations to support research engagement in schools and colleges through both the Coalition of Evidence Based Education (CEBE) and the Association for the Study of Primary Education (ASPE).