Our planet is currently undergoing a climate crisis, exacerbated by pollution, exploitation and anthropogenic activity (WWT, 2019). Education is a fundamental tool in helping to reduce further harm and mitigate pre-existing impacts on biodiversity loss, extreme weather events, and detrimental impacts on mental and physical health (Lundholm & Sternang, 2011). Bendell (2020) urges us to educate the youth for change in the future. Education can initiate actions among a large proportion of the population, but it needs to be done in a democratic way to engage learners (Deisenrieder, Kubisch, Keller, & Stötter, 2020). We believe that education can inspire people, by planting seeds of change in environmental values and behaviour. However, we are also aware that ‘70% of UK teachers have not received adequate training to educate students on climate change’ (SOS-UK, 2021).

The UK was the first national government to make a declaration of climate emergency in May 2019 (Turney, 2019), after many other towns and cities had already done so and not long before our own institution, the University of Worcester, made its declaration. Nevertheless, little, if anything, has formally changed in the education systems of the four nations of the UK, either in terms of the practical preparation for adaptation and mitigation that is needed in facing the fallout from climate crisis, or in the context of the curriculum(s) that we are delivering.

‘Little, if anything, has formally changed in the education systems of the four nations of the UK, either in terms of the practical preparation for adaptation and mitigation that is needed in facing the fallout from climate crisis, or in the context of the curriculum(s) that we are delivering.’

Willis (2020) reminds us that state-level responses to climate change are dependent on social and political conceptions; that responses to climate change are, inherently, political. While Stern (2018) makes the case that we will be unsuccessful at limiting warming without strong political will. Furthermore, Willis (2020, p. 3) argues that it is possible and essential that we find democratic solutions, and invites the democratic involvement of all citizens and voters in our responses to decision-making at this time of climate breakdown.

The UK government utilised a democratic approach to climate change discussion in early 2020 through the UK Climate Assembly, which considered the national target to reduce greenhouse gas emissions to net zero by 2050. This led to the development of 25 underpinning principles for the UK path to net zero (Climate Assembly UK, 2020), which were further voted on to create a list of prioritised concepts. ‘Informing and educating everyone (the public, industry, individuals and government)’ emerged as the number one principle (Climate Assembly UK, 2020, p. 58).

The authors are undertaking a Green Impact project, mapped out chronologically in figure 1, which aims to engage education stakeholders from Worcester in a democratic assembly process. This will include expert input on the localised climate impacts, followed by debate and discussion, to determine the content of a new secondary teacher education curriculum being developed for ‘education in climate emergency’. Participating stakeholders will include school leaders, in-service and pre-service teachers, governors, parents, youth leaders and local environmental groups. 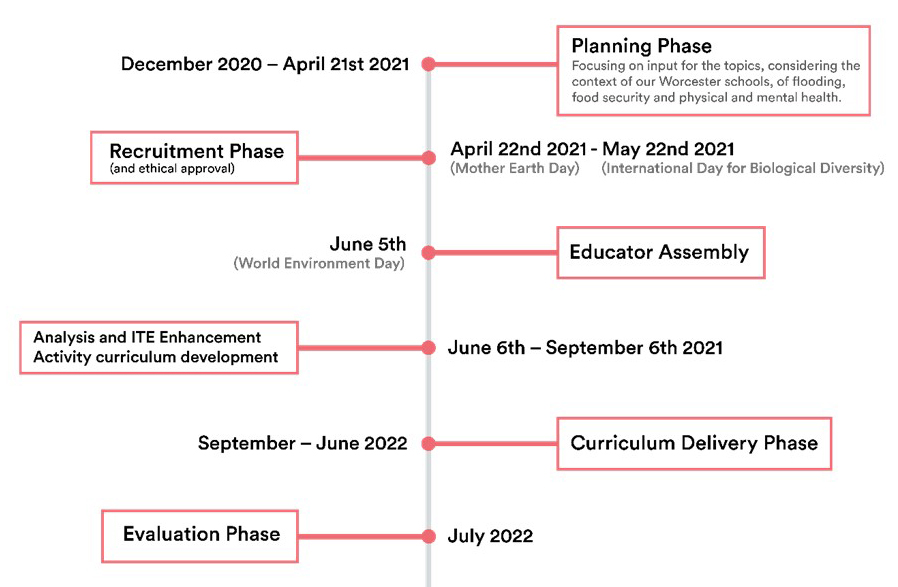 In his recent speech to the UN Security Council, Sir David Attenborough (2021) reminded us that ‘unparalleled levels of global co-operation’ are required to face the challenge of climate emergency. A democratic approach to curriculum development, in the form of an educators’ assembly, a process that can be replicated in communities across the UK and around the world, has the potential to engage a broad audience and, perhaps, plant the seeds of change.

Building a Curriculum for a Sustainable Future 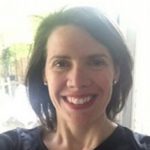 Senior Lecturer at University of Worcester

Elena Lengthorn is a senior lecturer in teacher education at the University of Worcester. She leads the secondary geography PGCE programme and is a member of the Sustainability and Responsible Futures Committee at the institution. Her work on education for sustainable development includes a Flood Education Programme, teacher CPD for Worcester City Council and the Hereteach Alliance, and the ‘Move the World’ primary education project, which is also the focus of her ongoing doctoral studies. 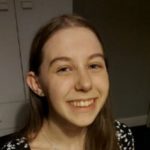 Megan Asbury is a first-year undergraduate student studying BSc geography at the University of Worcester. Alongside her studies, Megan works as a Green Impact project assistant, hoping to help create an educators’ assembly on climate education. She is also a student volunteer for campus biodiversity management and SOS-UK’s ‘Student Switch Off’. Megan hopes to have a future career in changing how institutions teach, convey and utilise sustainable practices.

All from this series
Are the Sustainable Development Goals sustainable?

Are the Sustainable Development Goals sustainable?