In England, as with so many settings around the globe, researchers have long-debated how concepts of racism interplay with education, whether at the systemic or classroom level (see for example Gillborn, 1995). Race and purported levels of racism remain a contentious issue, causing governments to commission reports and researchers to scrutinise their limitations and implications of racism for education (Tikly, 2022). These issues are as pertinent as ever, perhaps even more so, given heightened xenophobia following the Brexit campaigns, and schools accused by government ministers of ignoring their duty to be politically impartial by supporting the ‘Black Lives Matter’ (BLM) movement. Teachers sit in the thick of it.

Against this backdrop, a Race and Education Film Club was conceived, funded by the Culham St Gabriel’s Trust to spark fresh dialogue, disrupt the more established narratives in education and, hence, perhaps to unsettle them (Biesta et al., 2019). Being a group of mainly religious education (RE) teachers, at a moment when RE is working hard to reinvent itself as ‘religion and worldviews’ (R&W), we wanted to explore what a distinctive R&W contribution could offer to consideration of the teaching and learning of race and education issues.

The conception was of a novel, creative, open – yet safe – space, where a diverse group of teachers and researchers could meet to discuss race, religion and education, prompted by a series of films (follow the link at the end of this blog for further details). This small-scale pilot consisted of three virtual screenings, watched asynchronously prior to an online discussion, and one face-to-face session. Dialogues were deliberately led by practising teachers, to foreground reflections, applications and impacts for teachers, for pedagogy and for learning in the classroom. In addition, three teachers and three academics recorded their responses to the films and discussions regularly in reflective journals. These varied personal trajectories, thoughts and insights were analysed inductively, to explore possibilities from participating in such a film club.

‘The conception was of a novel, creative, open – yet safe – space, where a diverse group of teachers and researchers could meet to discuss race, religion and education, prompted by a series of films.’

Four films later, a thought-provoking space has been created to discuss controversial issues, while promoting teachers’ subject and pedagogical knowledge. Discussions ranged widely, encompassing racial, ethnic, cultural and religious diversity, with an effort to talk about the relevance and meaning of these topics and portrayed experiences to teaching and increasing our understanding of our students and ourselves as classroom teachers and researchers.

‘Taking part was a heartening experience for me as a person of colour and as a teacher … I have come to appreciate the potential of film for my own teaching. Pivotal moments in the films evoked a million words where none were spoken. I will certainly use and promote film clips in lessons to support learning in anti-racist lessons or concerning equity … What can we do as teachers do to help BAME pupils? … start making changes now, in the hope of a brighter future.’ – R&W specialist primary teacher

‘As a white teacher, it’s too easy to be fragile, to not acknowledge the interplay of race in the classroom; these conversations have prepared me to be braver about talking about race and identity and supporting others to do so. It felt a very safe space for discussions, making me reflect on how I create a safe space myself as a teacher of controversial issues.’ – R&W specialist secondary teacher

As members of the film club traversed moments of disquiet and discomfort themselves, one teacher reflected that this ‘made me appreciate the emotional labour for kids of talking about the impact of racism’. The safe space to discuss controversial issues appears to have struck a balance between settled and unsettled, comfort and discomfort (Zembylas, 2018). This affective space where individuals come together to challenge their entrenched ideas, through discussing film, allows for pedagogies of discomfort often necessary for raising awareness – or critical consciousness (Freire, 2021) – yet does so with friendship and support.

Further information on the project is available here. 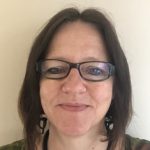 Senior Lecturer in Education at University of Bristol

Dr Lucy Wenham is a senior lecturer in education at the University of Bristol. She is interested in problems of educational disadvantage, marginalisation and exclusion, and crucially also in exploring solutions involving discourse, agency and critical pedagogies. As a secondary school teacher in schools in challenging circumstances for more than 15 years, much of her research is ethnographic, to allow the voices of the marginalised to shine through. 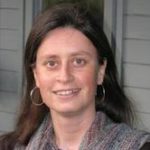 Associate Professor at University of Bristol

Dr Janet Orchard is an associate professor of philosophy and religion in teacher education at the University of Bristol. She is interested in ethical deliberation in teacher education, particularly issues of religious and cultural difference, intergroup relations and dialogue. As a former secondary school teacher in schools in challenging circumstances for more than 15 years, her philosophical work is applied and concerned with the art of living rather than abstract theorising. 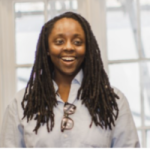 Alexandra Brown is a philosophy and religious studies secondary school teacher, academic, writer and poet whose work focuses on Christian theologies of liberation, Islam within the Black American experience and decolonising issues of social justice pertaining to gender, race, class and sexual identity within the British education system. Theologically and philosophically, Alexandra aligns with Black Liberation Theology, Womanism and Afro-Pessimism. Alexandra Brown engages in public speaking advisory and consultancy work regarding anti-racism and decolonialisation within primary and secondary schools. 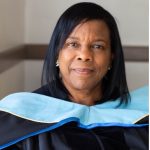 Vice President of Academic and Student Affairs at Bermuda College

Dr Phyllis Curtis-Tweed is vice president of academic and student affairs at Bermuda College. She is interested in the development of the sense of agency to empower individual and communities to effect positive change. As a former psychology professor and secondary school teacher, she believes that research is most meaningful when it enhances practice. 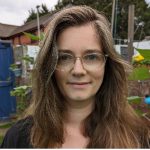 Head of Religion and Worldviews at Redland Green School

Merryn Evans is head of religion and worldviews at Redland Green School, and has more than 10 years of experience working in schools in Wales and South West England. Her current area of professional development interest is to make the religion and worldviews curricula challenging, authentic and inclusive in schools. She is co-leader of the Bristol Learn Teach Lead RE (LTLRE) teacher hub. 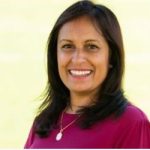 Saima Saleh is a primary teacher and head of RE/religion and worldviews at Ravenscote Junior School in Surrey. She is also a member of the National Association of Teachers of Religious Education executive and a local groups officer, helping teachers of RE to connect through a variety of local, national and global groups. With more than 28 years of teaching experience, Saima has a particular interest in anti-racism and strives to raise an awareness of this through her work.

‘The significant return to normality’: Back to school in England, but who is missing?

Call for papers: What place for activism in, for and as education?