Against the backdrop of the Covid-19 pandemic, student rent strikes took place in many universities in England. Lockdowns and moves to online learning meant that students were at times required to pay rent for accommodation they were unable to occupy, or which offered significantly reduced amenities. These students were largely first-year undergraduates, in accommodation owned, overseen or marketed by their universities. They often did not know other students even within their accommodation blocks, as the pandemic lowered occupancy levels and movement and mixing was frequently restricted. Nonetheless, these students joined together to resist, to act collectively and to refuse to pay their rent. Their action resulted in at least partial victory, in some places, for some moments. It also resulted in a growing critical consciousness among those involved.

We conducted qualitative research exploring the lived experience of participating in these rent strikes, drawing from thematic analysis of a series of semi-structured interviews with students. In future work, we intend to explore how the data sheds fresh light on many facets of the neoliberalisation of higher education. For now, we argue that these accounts wonderfully illustrate the concepts of Paulo Freire, which we have both worked with for some time. Freire lived from 1921–1997, and global events have been held this year to mark his 100th birthday. Our analysis of students’ experiences of rent strikes reaffirms the ongoing relevance and importance of Freire’s concepts of dialogue, praxis and critical consciousness. Lucy recently spoke about this at the 3rd International Conference Paulo Freire: The Global Legacy.

Many of the interviewees’ comments reflect Freire’s (1996 [1970]) ‘praxis’ of theory and practice. The shifts between very practical issues and theory (as well as their interconnections) were alluded to in a number of interviews. As an extreme, Anna mentioned how, in their WhatsApp group, ‘like someone would ask a question about like how to cancel their direct debit and then like a whole conversation would start about Marxism or whatever’. Students made interesting links between their learning from the rent strikes and their formal learning, expressing a range of ways in which these informed each other. Tali had been learning about the history of local housing action groups, which made her activism feel part of a long tradition of resistance in the area. Anna hoped to switch onto the law undergraduate course in her second year largely as a result of engaging in the rent strikes and getting trained as a legal observer by the Green and Black Cross. We heard multiple reflections on this ‘praxis’ of theory and practice.

‘Even when you study politics, it can still feel very theoretical so to actually go through it… and sometimes I feel like I learn more in engaging in actions than I do in reading about politics because it’s actually how it is in real, like, lived experience, which is probably more um powerful in a way.’

Exploring this particular coming together through political action and resistance around rent elucidates a tangible thread, fleshing out the stages that interweave, blend and coalesce to raise critical consciousness, to alter how a person sees themselves and their place in the world and thus to create possibilities for change.

‘The concept of actually forming a movement to try and counter what they did would never really have kind of been in my head. Um so I think what things like rent strike has really shown me is that um there’s no need to just accept that what these institutions… just accept what these institutions are doing when, if you’re part of them, you can actually try and change things.’

Following his 100th birthday, we encourage education researchers to revisit Freire’s work, or perhaps visit it for the first time. A concrete understanding of pedagogies for social justice has much to contribute at this time of interconnected global challenges. 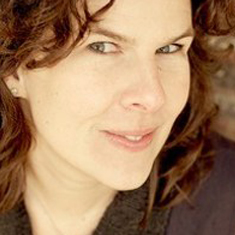 Dr Helen Young is a senior lecturer in education at London South Bank University. She teaches on the BA education studies and the EdD. Dr Young conducts research in sociology of education, particularly education policy. She has previously used theories of deliberative democracy to explore the work of school governing bodies. Read more on her 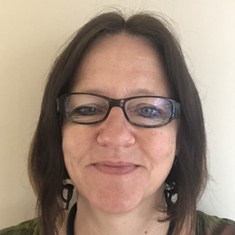 Lucy Wenham is a lecturer in education at the University of Bristol. She is interested in problems of educational disadvantage, marginalisation and exclusion, and crucially also in exploring solutions involving discourse, agency and critical pedagogies. As a secondary school teacher in schools in challenging circumstances for over 15 years, much of her research is ethnographic, to allow the voices of the marginalised to shine through.

‘The significant return to normality’: Back to school in England, but who is missing?