‘It’s not fair!’ is a common phrase heard in schools. But what is ‘fair’ in the eyes of pupils? Our recently published study in the British Educational Research Journal explored how children of lower primary school grades perceive due process in schools’ disciplinary procedures. We adopted the term due process, which is anchored in the US constitution, as this term is widely used in Israeli case law. Although this term is less used in Europe, the Council of Europe’s guidelines on child-friendly justice (2010) require the implementation of children’s right to due process in criminal and administrative proceedings.

The qualitative research design was based on semi-structured interviews and focus groups with 70 children, aged seven to 10, recruited from 19 public schools in Israel. In addition, we recruited a children’s advisory group that participated in the research process.

The findings indicated that all participants were familiar with the rules regulating discipline in their schools. The rules described by the participants revealed a sticks-and-carrots policy to punish children who break rules and reward children who abide by them. None of the examined schools implemented an alternative disciplinary policy.

Participants’ perceptions of due process in schools’ disciplinary procedures varied widely. The analysis of the findings differentiated between justifications and criticisms of a due process based on a formalistic approach (that is, meting out uniform punishments in similar cases, in accordance with a closed system of rules).

Many participants defended a formalistic due process, and argued that there should be fixed punishments for categories of offences (violence, class disruption, vandalism and so on) defined in the school’s code of conduct. Some of the participants’ justifications were based on formal equality in the application of the rules, while others lamented the harm incurred by children who behave well and have their learning disrupted.

Many other participants objected to a formalistic approach to due process in school disciplinary procedures, providing various reasons for their concerns. Some participants supported disciplinary policies that would make allowances for the specific circumstances of each child and of each case, and enable compassion and understanding of social, academic, or other pupil difficulties. Other concerns noted by our participants were related to the disregard of pupils’ voice during disciplinary procedures. A related concern reflected the difficulty of discerning the truth in the course of disciplinary procedures. Another type of concern that the participants expressed is their apprehension over a uniform punitive system. Some of them noted that punishments are frightening, especially for children committed to respecting school rules. The participants in our study also indicated that punishments do not deter children who are repeat rule-breakers, and do not improve their behaviour.

‘Even young children were able to recognise the incongruities inherent in the intersection of legal and educational narratives, given the pervasive role of disciplinary processes in their daily school routine.’

Our findings demonstrated the complexities of due process in school, as seen through the eyes of young participants enrolled in lower primary school grades. The prominent challenge of due process in schools seems to relate to applying a semi-legal structure, inspired by the criminal justice system, in a pedagogic setting. The intersection of legal and educational narratives produces inherent incongruities. Even young children were found to be able to recognise these incongruities, given the pervasive role of disciplinary processes in their daily school routine.

It remains, however, a knotty challenge to enhance pupils’ perceptions of fairness when schools’ disciplinary policies are punitive. Punitive disciplinary policies require teachers to provide a timely response to violations of the school code. There is often insufficient time to carry out the delicate balance between formalistic and substantial equality in each case, or to conduct lengthy conversations with an eye to hearing pupils’ perspectives and clarifying the evidence and the circumstances. The result is a distorted due process, which affects not only pupils’ perceptions of fairness, but also imparts faulty lessons about the right to due process (cf. Perry-Hazan and Birnhack 2018). Paradoxically, criminal justice systems worldwide are constantly developing alternatives to formalistic approaches to criminal punishments (see for instance Gal and Dancig‐Rosenberg 2017; Stolle et al 2000; Wexler 2008). However, most schools are still trapped within a formalistic punitive approach, and struggle to reconcile due process with educational considerations.

This blog post is based on the article ‘Young children’s perceptions of due process in schools’ disciplinary procedures’ by Lotem Perry‐Hazan and Natali Lambrozo, published in the British Educational Research Journal. The article is now free-to-view to non-subscribers for a limited period. 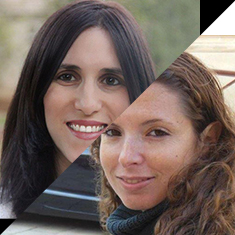 Department of Leadership and Policy in Education, Faculty of Education, University of Haifa

Dr Lotem Perry-Hazan is head of the Educational Management Program at the University of Haifa, Israel. Her research interests include children’s rights in education, human rights education, the right to education, and education law.

Natali Lambrozo completed her MA in the Educational Management Program at the University of Haifa, Israel. She was a homeroom teacher in a primary school and in a middle school.

Group work in primary classrooms: No longer a waste of time

Do our universities create the political elite?

School subjects – a missing piece in research on school governance?