In the United Kingdom, it is widely documented both in academic circles and in the popular press that white working-class children consistently underperform at school and are less likely to attend university.  White working-class boys represent the lowest performing ethnic group in the UK. However, while there has been a recent Parliamentary Inquiry (2014) into the underachievement of white working-class children, in terms of targeted strategies, to counter-act social and financial disadvantage and increase social mobility, there is still much to be done.

My research examines white working-class male identity in schooling and problematises some of the barriers that are commonly (and crudely) associated with white working-class culture in educational contexts, such as lack of aspiration, parental attitudes toward school, insufficient work ethic and poor attendance (Evans, 2006; Demie and Lewis, 2010).  White working-class disengagement from education is symptomatic of much larger issues with the education system.  While the white working-class underachievement remains a cause for concern, it must be noted that across the UK ‘nearly half of young people still do not achieve five good GCSEs at school. More still do not reach that standard in English and mathematics. And one in twenty leaves without a single GCSE pass’ (Department for Education and Skills, 2003: 6).

It has been widely accepted that socio-economic status influences aspirations.  However, aspirations are a complex phenomenon as young people engage with a variety of identity negotiations when making sense of their own social positioning and assets in relation to the discourses of aspiration they are exposed to in schooling and wider society.  My interest is in how aspiration manifests and how working-class young people – specifically white working-class boys – come to understand the neoliberal expectation of social mobility. We must consider how high levels of so-called ‘disaffection’ towards education in white working-class communities actually represent certain struggles to negotiate a self of value out of limited repertoires of social and cultural resources within these institutions.

It has become increasingly difficult for these young males to establish a so-called ‘good life’ within an era of high neoliberalism (Stahl, 2012).  The current neoliberal discourse, which prioritises a view of aspirations that is ‘learn equals earn,’ competitive, economic and status-based, shapes the subjectivities of these young males though there exist counternarratives. Through the evidence I collected I was able to glimpse how boys centered their ‘identity work’ on what I call egalitarianism, an egalitarian habitus, defined as the internal process of reconciling dispositions, which allowed them to constitute themselves as ‘having value’ in the hegemonic neoliberal discourses of ‘best’ and ‘worst’ where they are often devalued.

With egalitarianism, there are strong echoes here of traditional working-class dispositions toward historic, solidarist, communal values

Egalitarianism is defined through a disposition toward ‘fitting in’ and being ‘loyal to oneself’, where everyone has an ‘equal say in the world’ and where ‘no one is better than anyone else’ or ‘above their station.’  With egalitarianism, there are strong echoes here of traditional working-class dispositions toward historic, solidarist, communal values.  The boys often articulated their desire to disassociate themselves from being classified as aspirational subjects.  As a counter-habitus to the neoliberal ideology, egalitarianism is, of course, a falsehood that the boys buy into as they come to understand the cards they have been dealt in life. I remain interested in how social class is (re)formed through identities and historic cultural practices rather than a simple reflection of economic capital and occupations.

Stahl, G. (2012) Aspiration and a good life among white working-class boys in London. Journal of Qualitative and Ethnographic Research, 7(8–9), 8–19. 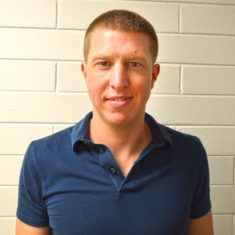 Lecturer in Literacy and Sociology at University of South Australia

Garth Stahl (@GarthStahl) is a Lecturer in Literacy and Sociology at University of South Australia.  He is a theorist of sociology of education. His research interests lie on the nexus of neoliberalism and socio-cultural studies of education, identity, equity/inequality, and social change.  Currently, his research projects and publications encompass theoretical and empirical studies of learner identities, gender and youth, sociology of schooling in a neoliberal age, gendered subjectivities, equity and difference, and educational reform.  Of particular interest to him is exploring counternarratives to neoliberalism around ‘value’ and ‘respectability’ for working-class youth.  His book, entitled Identity, Neoliberalism and Aspiration: Educating White Working-class Boys is now available from Routledge.

Shifting identities: a mixed-methods study of the experiences of teachers who are also parents