We will expect all governing boards to focus on seeking people with the right skills for governance, and so we will no longer require academy trusts to reserve places for elected parents on governing boards. (p.51, my emphasis)

It is worth considering what ‘skills’ means. On the one hand, a remarkable number of the trustees of multi academy trusts have the skills of managing private equity and hedge funds. On the other hand, many would argue that being a parent requires a wide range of important skills. There is, in fact, a definition of ‘skills’ provided in the statutory guidance on the 2014 school governance regulations in a (possibly little-read) section on ‘The skills governing bodies need’. This definition is very open and includes ‘personal attributes’, making the focus on governors having ‘skills’ difficult to disagree with.

However, despite, and partly because of, the lack of clarity about what ‘skills’ might mean, the policy emphasis on ‘skills’ has significant effects. Firstly, ‘skills’ is often used in opposition to ‘representation’ so the valuing of governors with skills simultaneously devalues representative governors. Secondly, ‘skills’ tend to be associated with business and a business rationality. Thirdly, the language of ‘skills’ suggests that governing schools is an apolitical technical process, which merely requires ‘skills’ to effectively meet set ends rather than requiring any discussion of what those ends might be.

The immediate removal of the requirement for representative parent governors may have been a step too far. The Governments’ proposals have led to a horrified response from Mumsnet, Conservative backbenchers and Conservative councillors. However, whether or not parent governors remain, the contribution of representative governors continues to be devalued by the discourse of ‘skills’ (in addition to all the other changes that come with academisation).

The language of ‘skills’ implies a business rationality and this tends to reduce education to inputs and outputs. My JEP article describes some of the subtle and cultural influences of business in the governing bodies where the research was conducted. In the context of the White Paper, a business rationality means that schools can be judged according to ‘high quality, objective data’ (p.51). Educationalists and parents will recognise that education is more complex and nuanced than this. Furthermore, the reduction of children to measurable data inevitably leads to the gaming of admissions and exclusions which has very serious consequences for the many children who are not deemed valuable for schools’ ‘performance’.

The emphasis on governors with ‘skills’ implies decisions about schools are apolitical. However, the functions of governing boards as described in the White Paper are deeply political with important implications for our children and society:

As the key decision maker and accountable body for their school(s), governing boards have a vital strategic role, which they should deliver in a dynamic and professional manner: focusing strongly on their core functions of setting the vision and ethos for their school(s), holding school leaders to account and making sure money is well spent. (p.50)

‘Setting the vision and ethos’ of our schools is something which all of us should have a say in (and not just through a Parent Portal). Such judgements need to be made by democratic and accountable bodies.

For readers without library access, this alternative link will provide access to the article the first 50 times it is used. 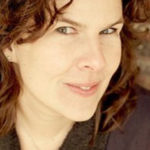 Dr Helen Young is a senior lecturer in education at London South Bank University. She teaches on the BA education studies and the EdD. Dr Young conducts research in sociology of education, particularly education policy. She has previously used theories of deliberative democracy to explore the work of school governing bodies.