In the aftermath of the Brexit vote, the divide between the south and the north, the disarray in government, and the uncertainty of what will happen in the future need to be considered from a sociological perspective and the focus should not be only on the economic repercussions of the vote. As part of my PhD research I have conducted an ethnographic project in a private school in inner London. This has involved great immersion in the school context and the need to understand the social and economic background of these pupils and how they impact on their every day decisions.

One of the main discourses that both staff and pupils in the school promoted has been one of tolerance, inclusivity, and being adaptive in a changing global world. A caveat in this would be the fact that almost the entirety of the school consists of white, middle class pupils. Despite the internationalisation of the school (in the form of rich German, Spanish or Russian students) there is very little that needs to be tolerated. Almost all share the same power position given to them by the fact that they are white and affluent. The area where most of them live reinforces the same power hierarchies. Estates exist but they are not part of the immediate surroundings of the school, the children who live there do not go to the same school, and the diversity that would be seen in a state school, within walking distance, does not preoccupy the everyday experiences of the pupils. It is what Wacquant (2015) would describe as the social underbelly, invisible in the eyes of the privileged.

London is a very diverse city, which embraces those from different ethnic and social backgrounds. The middle classes prefer it for this vibrancy, hence, the abandonment of the leafy suburbs. However, if there is one thing that the Brexit vote showed us was how those living in these ‘bubble’ areas, in rich communities of London, have very little awareness of the struggles the vast majorities of the population have to face. By focusing on the neoliberal individualism which selective schools promote they forget that co-existing in a place does not presuppose meaningful interactions. Be being preoccupied with the practices which are considered the norm among certain groups, we see little outside that. Therefore, when striving (with different forms of capital) to ensure one’s prosperity, it is easy to overlook that in theory, inclusivity and tolerance are feasible enough. But in reality, everyday struggles bring people to breaking points when it comes to being tolerant (not in the way that Farage suggested).

Those shocked by the Leave vote should ask themselves where their strong Remain sentiments came from. Were they because they feel strong solidarity with those EU nationals and they need to ensure that they carry on having their vibrant and different cultures among theirs? Or is it because this will help them carry on prospering in their practices? The EU is flawed on many levels, as a neoliberal project it puts profit before humans, but it does entail an internationalism, which helps those affluent enough to translate it into ‘global’ capital. However, we cannot argue that when it comes to job opportunities and economic prosperity, those middle class liberals are worried about the future of the labour force from the EU. What lacked in their decision to Remain was that very communication and solidarity which only usually exists when people share the same struggles.

The class divide which was so prominently showcased throughout the Brexit discussions showed that those who are liberal and affluent need to reengage with the idea of community and solidarity, not only when it comes to pursuing shared interests but also when it comes to fighting for communal struggles.

As part of my study I attended a debate on Brexit initiated by pupils. Although most pupils in the school would classify themselves as liberals, when the debate seemed to suggest that their economic capital would be jeopardised, they voted to Leave with an overwhelming majority. 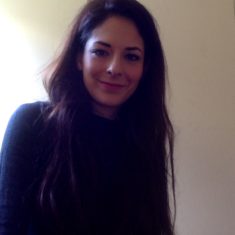 Iro Konstantinou is a PhD candidate at the department of Sociology, University of Warwick. Her research interests include social class, educational inequalities and social mobility through education.

The teacher-as-researcher: Making the case for research in schools