Generous access to technologies in the digital age provides alternative resources for educational practices. While the educational use of information and communication technology (ICT) increases in schools, its ‘return on investment’ has been questioned. It is argued that instead of leading to instructional reforms as expected, ICT adoption only affects schools modestly, especially on regional scales (Hammond, 2014; Stallard & Cocker, 2014).

The impact of ICT adoption on educational practice is complex. It is not an isolated action, but a collaborative effort among school leaders, school administrators and teachers. Although research has been conducted to understand the role of school leaders as well as teachers in ICT adoption, most of them focussed on a single group. How these groups interact with each other at the institutional level has not been extensively studied. To understand the roles of all practitioners and their collaboration in an instructional reform supported by ICT, our study selected a middle-high boarding school in China that successfully adopted a school-wide flipped classroom teaching model as an exemplary case.

The teaching model starts in 2013 and is supported by ICT, where students study online learning materials via tablets in the mandatory self-study sessions and have student-centered learning activities in the regular class time (Sun & Gao, 2019). The instructional reform has improved students’ achievement and received the National K-12 Teaching Achievement Award of China in 2018. In our study, we used document analysis, observation and interviews to explore the major roles of school leaders and teachers in this instructional reform as well as how these roles change over time and interact with each other.

‘As time went by, a shared change among school leaders was that they became active explorers in the technology-facilitated instructions.’

The results revealed that both school leaders and teachers worked together, and developed new roles, during the reform process. The executive vice-principal who initiated the reform acted as strategic planner, mediator and problem-solver. While the vice-principal played a critical role, the leadership was distributed among school administrators and teachers. In the execution, both school administrators and teachers in the administrative positions assisted the vice-principal to break macro-functions into small tasks (Spillane, Halverson, & Diamond, 2001). As time went by, a shared change among school leaders was that they became active explorers in the technology-facilitated instructions.

As for the teachers, they developed four major roles in the reform: learners, facilitators of student-centered learning, collaborators and researchers. The learner role included both technological and pedagogical aspects, which helped them to adapt to the new instructional model. At the same time, the flipped classroom model changed the traditional way of teaching, and urged teachers to develop new roles as facilitators of student-centered learning. This role was a reflection of the changes in their pedagogical beliefs. The collaborator and researcher roles emerged from the school supporting systems for the reform: the school provided opportunities for teachers to work closely with each other as well as actively exploring new ways to integrate educational technology by organising collaborative class preparation and teachers’ research group meetings.

Overall, the instructional reform was a top-down decision-making process initiated by the prime school leader (Sun & Gao, 2019). While the vice principle provided a coherent and clear vision for the reform based on his understanding of educational technology integration (Fullan, 1991), that success relied heavily on the active participation of the whole school. In the reform, the school built both pedagogical and organisational systems that created a continuous and collaborative culture for learning (Senge, 1998).

The results of our study echoed the findings of previous literature, that successful technology integration requires teachers to change their teaching believes (see for example Tondeur, van Braak, Ertmer, & Ottenbreit-Leftwich, 2017). Our findings indicated that this change resulted from a joint effort among all practitioners in the school. While the school leaders built scaffolding systems and supervised the execution, the teachers actively engaged to develop an institutional culture for rethinking teaching and learning. This culture urged the teachers to redefine their roles in the technology-facilitated instructional model, and to develop new teaching strategies, which led to success in the instructional reform.

This blog post is based on the article ‘Exploring the roles of school leaders and teachers in a school‐wide adoption of flipped classroom: School dynamics and institutional cultures’ by Yanyan Sun and Fei Gao.

It is is published in the British Journal of Educational Technology, and is free-to-view for a limited period, courtesy of the journal’s publisher, Wiley.

Tondeur, J., van Braak, J., Ertmer, P. A., & Ottenbreit-Leftwich, A. (2017). Understanding the relationship between teachers’ pedagogical beliefs and technology use in education: A systematic review of qualitative evidence. Educational Technology Research and Development, 65(3), 555–575. 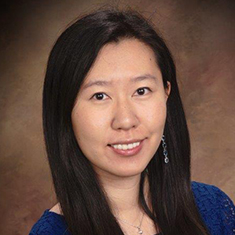