Jo Johnson, the minister for higher education, has now published the government’s eagerly awaited Green Paper on the future of universities. It’s a long document, at almost 35,000 words. Most of the immediate press coverage related to the prospects for tuition fees and the new Teaching Excellence Framework, but the document says much else besides. There are some things we know now, and as a result of those, some speculations we can make about the future of universities.

…it’s almost certain that these new, smaller universities – expected to be private organisations – will operate in the cheap-to-provide parts of the market, such as law, business studies, and perhaps humanities. There won’t be start-up capital funding other than from the markets. This means that the new universities will do very little for developing higher level technical skills. The new ‘high quality’ (BIS’s term) providers will certainly not be world-class: they will lack the resources (libraries, equipment and so on) to attract strong staff. They may be able to fulfill niches in the market, but the changes will introduce more providers with unstable business plans. The government would like the higher education market to be more dynamic, but, and I am not the first to point this out, it’s an odd market in which the sellers (universities) want to choose who they sell to, and the buyers (students) have no money with which to buy.

The omission of post-graduate provision is arguably even more serious

….these omissions have implications, not least for universities (including Birkbeck and the Open University) which are focused on part-time and mature higher education. The omission of post-graduate provision is arguably even more serious; it has seen major growth over the last generation. The question of post-graduate funding was written into the terms of reference for the 2009 Browne Review, and almost entirely overlooked there, too. The current omission will impact on the way the Teaching Excellence Framework drives (or does not) the behaviour of research-intensive universities.

…this is incredibly important. Despite rumours, the government has maintained the so called Haldane principle of dual support – in which research infrastructure is funding through the ‘QR’ funding stream and direct research costs through competitively won projects. The Green Paper is sharp about the relationship between research and teaching, drawing on a single source that “there is evidence to suggest ‘strong orientations towards research often reveal a weak emphasis on teaching, and vice versa’….[so that]…because some universities see their reputation, their standing in prestigious international league tables and their marginal funding as being principally determined by scholarly output, this can result in teaching becoming something of a poor cousin to research”.

This reverses the argument made by research-intensive universities that research feeds teaching, and will be especially unpopular with the Russell Group, which trades on the link. It essentially re-states the Labour government’s position in its 2003 White Paper (para 4.31 of that paper for those sufficiently interested). It is also at odds with John Hattie’s meta-analysis showing the complexity of the relationship between research and teaching. The formal separation opens the door to a competitive research market in which non-university research providers compete with universities.

…the TEF will almost certainly not work in the way the government envisages. This is partly a result of the government’s mistake in confusing ‘teaching’ with ‘home undergraduate teaching’: for the majority of research-led universities, home undergraduate teaching income is considerably less than 50% of overall turnover. The impact of the TEF for them – which is where government would like it to work – will be small. As David Kernohan points out, the TEF examples in the Green Paper would increase a research intensive university’s income by something like 0.29%. It’s more likely that universities respond to the TEF by seeking further to diversify income streams. This is more likely given the complex bureaucracy around the operation of the TEF, even before anyone gets close to working out technical details, let alone the definition: the Green Paper has a section (it begins on p. 21) headed ‘What do we mean by excellence?’ but the text by and large notes how difficult excellence is to define. Finally, the TEF principle that those who are good at teaching should be able to charge more for it seems to contradict a long-standing civil service reluctance to give people money for things they already do well.

….comparing this document with the 2003 White Paper is salutary. It’s much less flashily designed. It’s much less detailed. It leaves a good deal more to be sorted out. It seems that BIS has lost a good deal of its capacity (and not just its design capacity) to do policy implementation. The gaps and contradictions will be populated and exploited by universities, which are entrepreneurial multi-million pound organisations, full of very sharp thinkers. 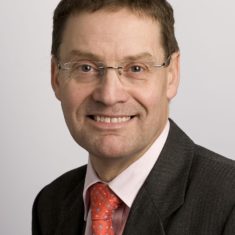 Professor Chris Husbands is the Vice-Chancellor at Sheffield Hallam University. Until December 2015, he was Director of the UCL Institute of Education and Vice-Provost (Academic Development and London) at UCL.  He began his career teaching in comprehensive schools and subsequently held senior leadership roles at the universities of Warwick and East Anglia and the Institute of Education – of which he became Director in 2011.  Chris has worked as an advisor to local authorities, Ofsted, the DfE, the National Trust, and to universities in the UK, Singapore, South America, Russia, and Norway.  He has written extensively on school improvement, teacher quality and education policy, work disseminated through 11 books and almost 400 papers, reports and presentations, as well as advisory work nationally and internationally.  He was elected to the Academy of Social Sciences in 2012.  He has previously served on the boards of Universities UK, two examination groups, and the then Training and Development Agency for Schools.  He was a member of the RSA/Pearson Think Tank Academies Commission.