I read with great interest Ali Messer’s BERA blog (4th August 2016) which accords with the findings and recommendations arising from my research on the development of subject knowledge for teaching (SKfT) within the graduate teacher programme (GTP). This blog outlines some key findings from this research and implications for salaried schools direct (SSD).

My experience of managing an employment-based routes provider (EBITT) led me to make SKfT development the focus for my EdD thesis concentrating on how mathematics and science graduate teachers developed their practice. I chose these subjects mainly because a major focus of the GTP had been to help address the long-term undersupply of mathematics and science teachers. Also because criticisms about SKfT delivery within the GTP were often aimed at those subjects. I am not a mathematics or science teacher educator but as Programme Leader I carried overall responsibility for provision and thus the aim of this study was to address gaps in knowledge about the elements of training provided within the GTP to develop SKfT.

The research was undertaken by examining the programmes of three EBITTs: two university-led and one school-led provider in the penultimate year of the GTP (2011-12). An interpretive research approach was taken using a mixed methods approach including semi-structured interviews.

The research provided insight into the different elements of the GTP that contributed to SKfT development. School-led provision revealed some striking contrasts in respect of programme delivery and training context and showed how this placed some limitation on provision and graduate teachers’ (GTs) training experiences. Additionally many mentors felt at a disadvantage having to take on a teacher educator role (e.g. Murray, 2005, 2008) reflecting the multi-faceted new breed of ‘hybrid’ mentor/teacher educator role (e.g. Jackson and Birch, 2015) who is based in school but required to plan and deliver training. Much of SKfT training emerged as unseen and took place within a community of practice (e.g. Burn et al. (2007) and was seen by GTs as important to SKfT development as central training and working with mentors. Whilst the majority of SKfT training occurred in school central training provision emerged as crucial. Also within university led provision GTs had the opportunity to discuss and challenge practice in a ‘neutral’ space away from their schools as well as the advantage of an external layer of support and quality assurance.

The research provided more evidence for a constructivist view of SKfT development with GTs’ professional practice based on pre-existing beliefs and experiences and their interaction with their training context (e.g. Ellis, 2007; Schleicher, 2012). Teaching orientation was an important part of this development and strongly linked to individual backgrounds. However, despite strong beliefs about preferred teaching styles GTs did not maintain a unilateral approach and this countered previous research which tried to assign a single orientation to beginning teachers (e.g. Freidrichsen et al., 2009).

Overall this study showed that the GTP had developed to provide effective SKfT training and a strong legacy for practice within SSD. Thus it would appear to support the government’s determination to increase school-led and based ITT provision reiterated in Educational Excellence Everywhere (2016). However SSD with a different allocation and less generous funding model where beginning teachers are no longer supernumerary may not be providing the same training experience. Policy makers need to consider how prevalent some of the training limitations within school-led training may become across SSD. As Carter (2015) indicted the nature of data about different ITT routes makes it difficult to evaluate the effectiveness of SD and SSD programmes and suggested that an evaluation would reveal any issues. However, the government’s response to the review (July 2016) does not seem to include such an evaluation.

My research provided a strong message regarding the ongoing role for universities within SSD and across all ITT routes but within a further reconceptualised and well-developed ‘third’ space (e.g. Zeichner, 2010) for collaborative SKfT provision. At the heart of this is also the need for a transformative approach (Gess-Newsome, 1999) to SKfT training via learning to teach specific topics and practical theorising (e.g. Griffiths, 2011). Whilst I continue to be committed to employment-based training I have reservations about the effectiveness of SSD programmes and fear we may be returning to the poor practice and ‘rogue’ school behaviour (Dunne, 2005) that occurred during the early days of the GTP with some GTs filling vacancies and receiving insufficient training. 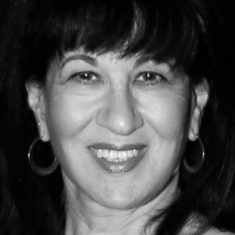 Yve Posner has worked within educational guidance and initial teacher training for over 20 years. She was the Head of Student and Partnership Services at the Institute of Education from 1995 – 2001 and from 2001 – 2009 led the West London Partnership (WLP), an employment-based ITT provider. Yve left the WLP to complete an EdD at the IoE and develop other interests in education and the voluntary sector on a freelance basis. Yve’s research interests have focused on ITT recruitment and retention issues, teacher educators’ professional identity and the development of subject knowledge for teaching within employment-based ITT. She has previously presented research in the UK and abroad. Her joint research on recruitment and retention within mathematics ITT was published under Posner, Y., Tickly, C. (2002) Teacher supply and retention in London: the case of mathematics in Menter, I., Hutchings, M., Ross, A. (eds) The Crisis in Teacher Supply: research and strategies for retention Trentham Books. Yve presented her EdD research at BERA 2016 under the title Subject Knowledge for Teaching (SKfT) – an exploration of how secondary mathematics and science trainees on an employment-based route of initial teacher training developed their SKfT.