Language is the most ubiquitous and flexible of the meaning-making tools. As such, it is a teacher’s main pedagogic tool (Littleton & Mercer, 2013). ‘Classroom dialogue’ can be thought of as a very specific use of language, one that involves using language as a cultural and psychological tool in a way that is productive for learning. Through a process of thinking with others, dialogic approaches can support learners to creatively build knowledge together. Dialogue in classrooms is, therefore, about much more than just ‘talking’.

Around the world, evidence demonstrating the role of classroom dialogue in improving learning continues to grow. In England alone, a recent ‘dialogic teaching’ intervention by Alexander, Hardman and colleagues involving 5,000 students (aged 9–10) provides evidence of a positive effect on attainment: students who experienced only 20 weeks of dialogic teaching made, on average, two months’ additional progress on standardised tests relative to their peers (Jay et al, 2017). Further, large-scale research with students aged 10–11 by Howe, Hennessy, Mercer and colleagues demonstrated how, when student participation was high, high levels of elaboration and challenging of others’ ideas were positively associated with national standardised test scores (Howe et al, submitted).

‘With the increasing availability of more sophisticated educational technology tools, research into the interaction between classroom dialogue and digital technology is a burgeoning field of interest.’

Prompted by the increasing availability of more sophisticated educational technology tools, research into the interaction between classroom dialogue and digital technology is a burgeoning field of interest. As highlighted by a recent open-access review of relevant research, dialogue and digital technology can interact to enhance learning in various ways (Major, Warwick, Rasmussen, Ludvigsen & Cook, 2018). For example, through combining multimodal interaction and talk, learners’ knowledge can be externalised as ‘digital artefacts’ (see Hennessy, 2011) – for instance, by posting 140-character microblogs to a shared class ‘feed’. Learners may then interactively build on, organise, modify or revisit their own and others’ digital artefacts in some way. Differences between perspectives can thereby be highlighted, and reasoning made explicit.

But investigating how learners engage in constructive classroom dialogue through or around digital platforms raises methodological challenges, particularly for analysis at scale. Technology introduces additional communicative modes of dialogue that need to be considered – for instance, ‘online’ dialogue in addition to spoken dialogue. Furthermore, approaches to analysing dialogue arising within and across these modes must be flexible in order to allow for potential new forms of dialogue.

Consider the following example of dialogue being ‘transformed’ when a group of Japanese children worked on a puzzle around a tablet computer (Wegerif, 2017). Not only did learners’ broad body language suggest degrees of involvement with the technology, but the actions of their fingers became a focus. Each student put a finger on the tablet to point out what they thought the key to solving the puzzle was. Pretty soon it became apparent that much of the shared ‘interthinking’ was being represented by fingers, rather than through spoken language. These, along with other research issues such as how to chart emergence of understanding over time, illustrate some of the possible problems in analysing dialogue in the context of the use of technology.

In collaboration with partners from the UK and overseas, a team from the Cambridge Educational Dialogue Research (CEDiR) group is looking to address some of these challenges. One project is Digitalised Dialogues Across the Curriculum (DiDiAC), undertaken with colleagues at the University of Oslo, that is investigating how dialogue may be supported or modified through using the Talkwall microblogging tool in natural classroom settings. Using an iterative design-based research methodology, the project’s critical and systematic approach to data analysis is structured by several interrelated processes. These represent:

The analytical approach includes the use of a spoken dialogue coding scheme, and an analysis of how specific features of the technology support dialogue. It integrates lesson transcripts, microblog logs and data from video observations. Systematically categorising data collected during DiDiAC demonstrates the promise of a more holistic and multi-level analysis of the role of digital technology in supporting productive dialogue. This work may genuinely suggest how dialogue can be transformed in the context of classroom technology use. The team will now continue to refine their approach, in particular exploring how information generated by a digital tool such as Talkwall can enable new ways of analysing the relationship between technology and talk in ‘dialogic’ classrooms.

Wegerif, R. (2017, September 5) Dialogic Space, and why we need it [blog post]. Retrieved from http://www.rupertwegerif.name/blog/dialogic-space-why-we-need-it

It is important to acknowledge the contribution of the many ‘Tech-CEDiR’ colleagues and collaborators whose valuable input has helped to shape the work reported in this blog. Grateful thanks are extended to them. 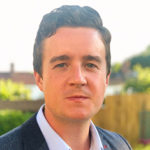 Louis is a senior lecturer in digital education at the University of Manchester. He was previously a senior research associate at the University of Cambridge Faculty of Education. He is interested in digital technology's role in the future of education, in particular how technology can enable new models of education and the development of ‘future skills’ such as dialogue and creativity. Recent projects have included investigations of how technology can enable new forms of classroom dialogue and interaction, and support young people to engage meaningfully with the world of work. Louis is an editor of the British Journal of Educational Technology. 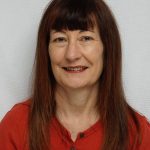 Sara Hennessy is professor of teacher development and pedagogical innovation at the University of Cambridge Faculty of Education. She co-leads the Cambridge Educational Dialogue Research (CEDiR) group and leads the Cambridge team in the EdTech Research and Innovation Hub. She is an editor of the British Journal of Educational Technology, and has researched educational technology use for more than three decades. Her research focusses on facilitating more effective use of classroom technologies to support subject teaching and learning, and on teacher professional development. Her theoretical perspective describes knowledge building through multimodal dialogue that is facilitated through jointly interacting with digital artefacts.

Faculty of Education, University of Cambridge