What is it to be a teacher? In 2014, five years into my career as a primary school teacher, I would have answered that question with a story of early promise as a trainee and professional success as a teacher, followed by an Icarus-like fall: the job slipping out of my grasp. Exhausted and overwhelmed by my workload, the surety of the purpose and role I fulfilled, undermined.

In 2018, I had a sequel to that story. Now working as an independent teaching consultant, I might have told you how I was following my passion for teaching creative writing, answerable to no one. The stories that people tell often work like that: narratives of the self, told, edited and retold (Zembylas, 2003). I would have omitted from my story the sense of failure and shame that had followed me since quitting as a class teacher. I would not confess that I still felt beholden to the school system’s culture of accountability and high performance. This sense of conflict led me to question for the first time what it meant to be a teacher at all.

I thought the answer might lie in practice and so, when I began a master’s by research in 2018, I had intended to write a thesis about practice in primary writing. To my surprise, it was in the academic context that my experiences began to make sense. Reading literature on creativity, teacher identity and performativity exposed the feelings that I had buried about my embarrassment at my perceived failure as a teacher. I realised this was a chance to untangle the threads of my experiences as a primary school teacher to tell a different, much more personal story.

I used autoethnographic methods to critically analyse both my classroom experiences and my writing on education (articles and blog posts). Autoethnography has been criticised for being too unreliable (and self-indulgent) to be considered a mainstream research method (Delamont, 2007). Yet, when used to interrogate the space where personal and professional spheres overlap, it can provide an effective framework for critical, reflexive analysis (Anderson, 2006). Undeniably, this was an uncomfortable experience, but for the first time it created space for an honest exploration of how I identified as a teacher and where things might have gone wrong for me.

This research also forced me to ask searching questions about the viability of trying to harness creativity in the current climate of education. Whereas creativity thrives on risk and experimentation, these factors make uncomfortable bedfellows for standardisation and accountability. Indeed, these differences may be irreconcilable. Ball argues that the target-driven motivators behind the rise of performativity in education represents a ‘struggle for the teacher’s soul’ (Ball, 2003, p. 217). If a performative culture is indifferent to a teacher’s personal values, then this poses an existential challenge for teachers like me. How can creativity flourish when it is defined by risk-taking and experimentation? If risk supposes potential failure, who is held accountable when things don’t go to plan? I could now see how my experiences were a minor skirmish in a much larger battle.

‘If a performative culture is indifferent to a teacher’s personal values, then this poses an existential challenge for teachers like me.’

The conflict between the values of a teacher and that of their professional culture can be destabilising and isolating (Zembylas, 2003), highly relevant to recent discussions around teacher wellbeing and retention (Pratt & Richards, 2019). Indeed, it was surprising that it was hard to find other autoethnographic studies by educators. For any teacher considering it, I have found autoethnography to be an effective and cathartic approach. Above all, it helped me realise that rather than failing in teaching, it was perhaps teaching that failed me. My eyes were opened to the sort of teacher I would have to become in order to survive in a performative culture: one who obeys, doesn’t think; who supresses their core values in favour of ‘what works’. I call this Teacher 2.0: a teacher for the performative age. It is the teacher I will never become. 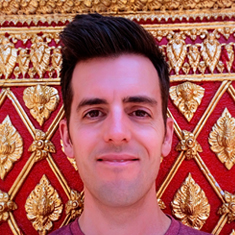 Stefan Kucharczyk is a primary school teacher and consultant with 10 years’ experience. In 2014, he founded an independent teaching consultancy, ARTiculate Education. He specialises in improving the teaching and practice of general literacy and creative writing in primary schools in the UK. He is also an associate lecturer with the Open University. He publishes widely. He is currently writing a book about teaching Shakespeare in primary education, due for publication in 2021. Stefan also curates the blog Teacher Talking Time where he shares the personal and professional experiences of schoolteachers around the world. ARTiculate Education: articulateeducation.co.uk Teacher Talking Time: teachertalkingtime.co.uk