In marked contrast to European nations, the United States lacks any formal policy to spur youth participation. The United States is soon to become the only nation in the world that has not ratified the CRC. Although the democratic foundation of the United States rests on the idea that participation is a fundamental right of citizenship, many U.S. policies actually inhibit the voices of young people. For example, it is illegal for young people under the age of 18 to serve on a voting decision-making board in the state of Pennsylvania. In such an environment, my work has sought to identify spaces for voice and participation despite the constraints

My research in U. S. secondary-schools (ages 13-18) demonstrated that students can impact their schools if adults learned how to lead in a youth-adult partnership rather than in a hierarchical fashion (Mitra, 2004, 2005). I also have explored how schools in the United States tend to be more successful at student voice activities if they partner with a non-profit group that is independent of school organizations and thus can focus on the mission and vision of student voice work (Mitra, 2009).

We found great value in framing curricula and student activities as ongoing critical inquiry that is dialogic, situated experience. Critical investigation includes consideration of who is participating, whose actions are considered worthy, and whose voices are heard. We found examples of teachers encouraging young people to examine their environment, to notice and question injustices, and to take action to make things better.

We also found that fostering student voice in the primary grades requires valuing teacher leadership and professionalism. Fitting with previous research, adult partners must provide active support for student participation and voice. This active support looks different than traditional hierarchical teaching), much like Fielding’s call for “radical collegiality” (2001).  This work along with my previous research (Mitra, 2005; Mitra, Serriere,  & Stoicovy, 2012b) shows the importance of establishing norms of respect and equality and providing encouragement for youth participation as well as training young people on how schools work and the language used in educational policy so that they can speak in ways that their voices will be heard by authorities.

We further learned that elementary schools served more as organizational units for student voice ownership than secondary schools. Student voice at the elementary level benefitted from community building through schoolwide structures that celebrated student voice activities. We found that collective meaning making can be established and reified through such rituals and structures. Preserving public spaces, such as schoolwide assemblies, for sharing and celebrating the critical inquiry focused on making a difference was thus a key lesson from the research.

In an international climate that pushes schools to obey, master facts, and compete, our findings demonstrate that even in difficult contexts, schools still can be sites of student voice and participation. Student voice and participation results from explicit attempts by educators to put in place arrangements and opportunities that will bring democracy to life. Even in contexts of high-stakes testing and policies discouraging participation, we still find opportunities for young people to foster the belief that they can make a difference in their schools, communities and the broader world. 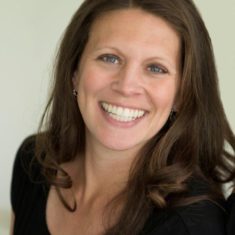 Dana L. Mitra is Associate Professor and Director of Graduate Studies in the Department of Education Policy Studies at the Pennsylvania State University. Dana’s has published over 30 papers and two books on the topics of student voice and civic engagement. She and Stephanie Serriere have recently published a book entitled, Civic Education in the Elementary Grades: Promoting Engagement in an Era of Accountability from Teacher’s College Press. Mitra has served as a Fulbright-Nehru Scholar in 2012 to study child participation and educational reform in Bangalore, India. Her prior work experience includes teaching elementary school in the Washington, DC area and serving as the coordinator for two White House Conferences on Character Education.