I had such a homogenous schooling [in a private school] and I think that gave me a terribly blinkered view of society which I’m hoping that I’ve shrugged off some of it, but I don’t think you shrug off all of it, because school is an important part of your forming of your ideas (white middle class father, explaining his desire for his children to attend a diverse local primary school)

School choice research has shown repeatedly that parents do not simply choose schools according to pupil attainment measures, but that they look for a proportion of other families ‘like them’ at a school, and that in terms of ethnicity, a ‘good’ mix is understood to be one where no particular minority group dominates (Bryne & De Tona 2014, Ball et al 2013, Vowden 2012, Vincent et al 2010). However, the pull of the ‘local’ at primary school level remains strong, with school compositions that broadly reflect their surrounding areas.

We wanted to know more about the experience of making relationships in schools that were socially mixed; to identify what friendships reveal about the nature and extent of ethnic and social divisions in contemporary multicultural society. In short, does living in diverse areas mean local populations have diverse friendship groups? In order to answer this question, a research team, funded by the ESRC, and composed of Sarah Neal, (University of Surrey), Carol Vincent and Humera Iqbal, (UCL IOE), focused on three different Year 4 classes (eight/nine years old), all in schools serving children from diverse ethnic and social class backgrounds.

Our research illustrates that the adults and children who took part in the study did make and maintain friendships with those different to themselves. However class remained a greater barrier than ethnicity. The children especially mixed across ethnic and social class difference; indeed very nearly all the children had close friends from a different ethnic group to themselves. Even for the children however, the frequency of cross-class relationships dropped when ‘best friends’ were considered. We found that the cultural and social mix of both the local areas and the schools were valued by the vast majority of adult and child participants. Nevertheless, adult friendships had a tendency to revolve around ‘people like us’, and this sense of ‘likeness’ was defined in terms of social class and culture.

Despite these tendencies for adult friendship relationships to be among socially and, to a lesser extent, ethnically similar groups, the primary schools were key sites in which social interactions across difference took place. Even casual interactions – simple everyday ‘hi hello, how are you’ exchanges between parents – were felt by research participants to be important for creating friendly atmospheres and a sense of belonging in the school and its immediate surrounds. These exchanges, however, were often fleeting, and limited in their scope.

Schools have had a duty since 2006 to promote ‘community cohesion’ and specifically now, to promote ‘British values’ as part of their spiritual, moral, social and cultural (SMSC) pupil development (DfE 2014). Such concerns have been directed towards combatting perceived religious extremism. Yet it seems that a more potent, more embedded, but ‘quieter’ division in our society remains that of social class.

For more information about the project including a full project report, please see: http://friendshipacrossdifference.com or contact Carol Vincent c.vincent@ioe.ac.uk.

Byrne, B. and de Tona, C. (2014), Multicultural desires? Parental negotiation of multiculture and difference in choosing secondary schools for their children. The Sociological Review, 62: 475–493. 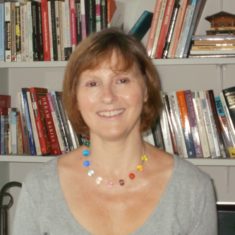 Carol Vincent is a Professor of Sociology of Education at UCL Institute of Education. She has written and researched extensively on the topics of families, their relationships with schools and other eductional instituions, and how these are shaped by social class and ethnicity. Her last two ESRC-funded projects have explored the educational strategies of the Black middle classes, and children’s and adults’ friendships across social class and ethnic difference.

How can books hit the sweet spot between the reader and the story character?