In our recent study (Schoon, Cook, & Nasim, 2021), we use the nationally representative 1970 British Cohort Study to assess associations between different indicators of socioeconomic family background and the manifestation of different cognitive, social and emotional competences during the preschool years. While educational research has documented marked differences in educational attainment between young people from less and more advantaged social class backgrounds, such studies have tended to focus on primary and secondary pupils with less understanding of the extent to which these inequalities are rooted in individual differences in cognitive and socio-emotional development which emerge much earlier in life – that is, at entry to primary school.

‘Educational research … [has] tended to focus on primary and secondary pupils with less understanding of the extent to which these inequalities are rooted in individual differences in cognitive and socio-emotional development which emerge much earlier in life – that is, at entry to primary school.’

Our new study, published in the British Education Research Journal, provides much needed evidence on the as yet little explored associations between inequalities in socio-emotional development during the pre-school years and their consequences for later educational and socioeconomic outcomes. Exploring the multidimensional nature of intersecting inequalities, the role of different dimensions of social background – including social class, parental education, household income, home ownership and parental employment status – are examined, controlling for gender, birth weight and ethnicity. The research provides important new evidence on the mechanisms behind the development of social inequalities, demonstrating that multiple indicators of social background are associated with both socio-emotional and cognitive competences. The associations between socio-emotional competences and socioeconomic background are less strong than those with cognitive competences, suggesting that they can be more readily changed. In addition, the study finds significant long-term predictive effects of early socio-emotional competences, in particular self-regulation, on a range of adult outcomes (including educational and occupational attainment, and income). These associations are significant after controlling for family background as well as cognitive ability.

The study supports calls for early interventions aiming to reduce family socioeconomic risk exposure and supporting the development of cognitive skills and self-regulation (that is, reducing hyperactivity and conduct problems). Early interventions should target multiple dimensions of adversity instead of single aspects. In particular, support for maternal education and improved housing conditions appears to be vital to support children’s early development, reflecting the child’s need for shelter, security and cognitive stimulation.

This blog is based on the article ‘Social inequalities in early childhood competences, and the relative role of social and emotional versus cognitive skills in predicting adult outcomes’ by Ingrid Schoon, Rose Cook and Bilal Nasim, published in the British Education Research Journal on an open access basis.

Organisation for Economic Co-operation and Development [OECD]. (2015). Skills for social progress. The power of social and emotional skills. Retrieved from 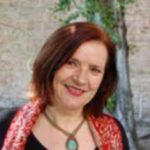 Chair of Social Policy at IOE, UCL's Faculty of Education and Society

Ingrid Schoon is chair of social policy at the Social Research Institute, University College London, Institute of Education. She is a fellow of the British Academy of Social Sciences (FAcSS) and the Social Science Centre (WZB) in Berlin. Her research focuses on the study of risk and resilience, in particular during the transition from dependent childhood to independent adulthood, asking 1) to what extent and how do social conditions, in particular socio-economic adversity, affect individual thinking, feeling and behaviour; 2) to what extent and in what circumstances can individuals succeed against the odds and steer their own life course?; and 3) what can be done to improve the life chances of the most vulnerable? Her studies are guided by an integrated psycho-social developmental systems approach, mapping human development over time and in context using longitudinal data.