Schools have a number of functions but one of the key ones is to help young people learn so as to prepare them for their lives once they leave school; however, good careers education is lacking and has weakened in recent years.

In a paper published in The Curriculum Journal we present an argument intended to help redress this situation. We concentrate on STEM (science, technology, engineering and mathematics) subjects in part because of a widespread presumption that England needs more people employed in STEM jobs and in part because we draw on the findings of two STEM education projects, one that we were involved in (UPMAP) and another funded in the same initiative (ASPIRES).

The ASPIRES and UPMAP projects

Given the widespread concerns in the early 2000s about science and mathematics education in England, the Economic and Social Research Council (ESRC) with other funders ran the TISME (Targeted Research Initiative on Science and Mathematics Education) programme from 2008-2014 in which five research projects were funded.

The ASPIRES project explored science aspirations and engagement among 10-14 year olds (Archer et al., 2013). It comprised a quantitative survey of the cohort and longitudinal interviews with a selected sub-sample of students and their parents. The data were collected at three time points: in Year 6 (age 10/11), in Year 8 (age 12/13) and in Year 9 (age 13/14).

The ASPIRES project showed that few young people (approximately 15%) aspire to become a scientist. This percentage remains stable as students age from 10 to 14 years, is markedly lower than aspirations for many other careers (almost 60% aspire to have a job in business) and is despite the fact that most young people report liking school science, report positive views of scientists and say that their parents think it is important for them to learn science.

The UPMAP (Understanding Participation rates in post-16 Mathematics And Physics) project (Mujtaba & Reiss, 2014) was designed to determine the factors that made it more likely that students would continue with mathematics and/or physics after age 16. It had three strands. In strand 1, student questionnaires were completed by large numbers of secondary students. Strand 2 entailed working with 12 of the strand 1 schools in more depth, collecting longitudinal interviews with students between 15- 17 years of age. Strand 3 involved interviewing first year undergraduates. Half these students had started STEM-related undergraduate courses and half had started other degrees yet had qualifications that would have allowed them to start STEM-related courses.

The UPMAP project showed that young people are more likely to continue with mathematics and/or physics after the age of 16: (a) if they have been encouraged to do so by a key adult; (b) if they believe that they will gain from studying the subject in terms of job satisfaction and/or material rewards; (c) if they manifest conceptual understanding in the subject(s); and (d) if they have been well taught.

The implications for STEM careers education

We conclude by presenting eight propositions that follow from the ASPIRES and UPMAP projects and focus, though not exclusively, on embedding careers education in STEM lessons: 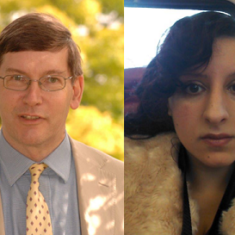 Michael Reiss is Professor of Science Education at UCL Institute of Education, Honorary Visiting Professor at the Universities of Kiel, Leeds and York and the Royal Veterinary College and a Fellow of the Academy of Social Sciences. The former Director of Education at the Royal Society, he has written extensively about curricula, pedagogy and assessment in science education.

Tamjid Mujtaba is a senior research officer at UCL Institute of Education and works on various projects related to education many of which are mixed methods in nature. Her expertise is in the social sciences, particularly psychology. She has worked on a range of funded projects which have explored students’ attainment and aspirations some of which are based in science education.

Hopes and fears: The development of a new curriculum in Wales