In this blog post we aim to share our experiences of the BERA Walk and Talk at a Distance event, and demonstrate how remote walking and talking events have the potential to relieve the isolation that many PhD researchers feel as a result of measures introduced to control the Covid-19 pandemic. All too often, walking is reduced to a practical requirement, one method among others to move from a to b. However, as Rebecca Solnit so eloquently argues in her book Wanderlust (Solnit, 2001, p. 2), walking can be made into ‘an investigation, a ritual, a meditation’ which is thick with possibility. Walking has been described as ‘a simple and robust solution to the goals of increasing creativity and increasing physical activity’ (Oppezzo & Schwartz, 2014, p. 1142). During the present time, walking offers respite from the often monotonous texture of daily life under Covid-19 restrictions, which has been found to have a significant negative impact on psychological health (Maugeri et al., 2020).

‘All too often, walking is reduced to a practical requirement, one method among others to move from a to b … [but] walking can be made into “an investigation, a ritual, a meditation” which is thick with possibility.’

The BERA event initially aimed to use synchronous video to allow small groups of up to four participants to walk and talk ‘together’ using the WhatsApp platform to facilitate video calling. One group followed this model and participants were able to share their surroundings while simultaneously viewing those of others. Discussing the choice of walking route served to connect the individual participants, providing insight and perspectives without the intrusion of direct questioning. Walking ‘alongside’ others provided participants with a shared experience and therefore facilitated a seemingly natural flow of methodological discussions.

Another small group chose to record their walks in photographs which were then shared and commented on by others. This made for a less immersive and immediate experience, but taking, receiving and commenting on photos oriented the participants towards reflection and contemplation. The commentary attached to many pictures became loaded with metaphorical significance, encouraging participants to construct similarities between their own experiences and those of others (Lakoff & Johnson, 2003).

Walking and talking synchronously using video did present some practical challenges: problems with phone connectivity, adverse weather conditions and encounters with members of the public who mistakenly assumed the call was a video recording. In addition, some participants reflected that a threefold engagement – with their own surroundings, with the surroundings of others as displayed on a phone screen, and conducting a conversation – was demanding. However, there were benefits to such an approach. It was agreed that facilitating conversations in such settings lessened the formalities associated with virtual, on-screen meetings and exchange of written communication. This more informal atmosphere went some way to establish a sense of connectedness between participants. Walking and talking using static pictures reduced some of the problems associated with video calling, but its lack of immediacy led to the event feeling perhaps less engaging and personal, and participants found it easier to distance themselves from ongoing conversations.

Walking and talking provided an insight into the world an individual has beyond the screen of their device. In sharing this world with others, participants were able to provide details about their lived experiences in a way that they did not consider to be intrusive, and which promoted engagement with others. In this regard, walking and talking could be considered as one way of overcoming the isolation that has long been associated with completing a PhD (Morris & Cudworth 2019). Such isolation is potentially being felt to an even greater extent during periods of restriction caused by the Covid-19 pandemic. So while walking and talking remotely and at a distance cannot replace in-person interaction, going forward it could be regarded as a substitute which can go some way towards filling the gap we are all currently experiencing. Both PhD researchers and those supporting them might consider using walk and talk methods to facilitate connectedness and promote interaction between students and within the wider research community.

During this walk and talk event participants created padlets which stimulated discussions such as this one, and signposted to further resources on mobile methodologies, which are  available here. 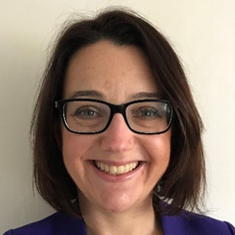 Francesca McCarthy is a PhD student at the UCL Institute of Education. Her research is examining the lived experiences of secondary school pupils who attend a non-academically selective school within an academically selective area. As a former secondary school teacher, Francesca’s research draws upon policy sociology, social reproduction and methodological approaches that research with rather than on young people. 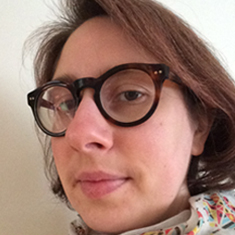 Dr Kathryn Spicksley is interested in discourse and identity, and uses innovative research methods to explore how teachers talk about their lives and worlds. She is particularly interested in mobile methodologies as an interview technique and in forms of discourse analysis, including corpus-assisted discourse analysis and conversation analysis. Kathryn completed her PhD, New faces and changing places: Discourse, identity and early career teachers in multi-academy trusts at the University of Worcester in 2020. Her postdoctoral work, based in the Institute for Community Research and Development at the University of Wolverhampton, will focus on the impact of Covid-19 on the wellbeing and resilience of frontline workers.