Insider forms of research typically present unexpected and ongoing ethical dilemmas for a researcher. These dilemmas often stem from pre-existing and ongoing working relationships with participants and the presence of insider knowledge about participants or the research site. The ongoing and sometimes unpredictable nature of these dilemmas means that simple adherence to externally determined principles or codes of conduct may not be sufficient. Rather, ongoing reflexivity by a researcher is required, focusing on an ethic of care and virtue to understand what it means to act with integrity (Head, 2020).

‘The ongoing and sometimes unpredictable nature of ethical dilemmas for researchers means that simple adherence to externally determined principles or codes of conduct may not be sufficient.’

In a recent article, I reflected on my experience as a teacher-researcher in my own school (Poulton, 2021). In doing so, I drew on virtue ethics as a starting point for reflecting on my character as an insider researcher. I suggest that a virtues-based approach to research ethics, like Macfarlane (2009), provides a useful framework for reflecting on past and current researcher conduct. I argue that engaging in such reflection enables a researcher to strengthen their awareness of the dispositions of their character that may need further development; as a result, they will be able to navigate ethical dilemmas confidently and sensitively in future research endeavours.

Virtue ethics differs from ethical perspectives such as Kantianism and utilitarianism that approach ‘right’ actions as those determined by universalised or general principles (Banks, 2018). Instead, focus is placed on character and the possession of excellences of character – virtues – that ensure reasonable and just actions are taken. A virtue sits as a midpoint between two extremes of behaviour – vices – which represent a deficit or excess of a particular disposition (Aristotle, c.340 BCE/2000). Macfarlane (2009) suggests a number of virtues that characterise researchers who act with integrity,  including: courage, respectfulness, resoluteness, sincerity, humility and reflexivity. I acknowledge, however, that there are other suggestions of virtues that relate closely to researcher integrity.

Reflections on being an ‘insider’

My reflections centred on past ethical conduct, moments where I had issues of maintaining professional working relationships with participants, the influence of insider knowledge, and the challenge of protecting participants’ confidentiality. Macfarlane’s (2009) suggested virtues offered a starting point in unpacking the virtues and vices that appeared to characterise my conduct in these dilemmas. In recruiting a close colleague, I appeared to display the virtue of ‘courage’; however, my reflections also revealed moments of ‘cowardice’ due to my temptations to shy away from any discomfort or tension this relationship could cause. In trying to understand the impact of my insider knowledge on the project, I appeared to display the virtue of ‘sincerity’; however, on reflection I identified moments of temptation towards ‘exaggeration’ as I attempted to correct participants’ recollections. In placing greater attention on protecting my participants’ internal confidentiality within the school, I appeared to display the virtue of ‘respectfulness’; however, these reflections also helped me to identify the moments in the preparation of my research project where I had not considered the true ramifications of disclosing my participants’ identities, thereby displaying the vice of ‘manipulativeness’.

Why would such reflection even matter?

These reflections helped me to understand how the vices of cowardice, manipulativeness and exaggeration had characterised my thinking and conduct as an insider researcher. This process also supported my understanding of how the virtues of courage, respectfulness and sincerity can be displayed. Reflecting on past ethical conduct through a virtues-based framework enables researchers to contextualise their own understanding of virtuous conduct. In doing so, they strengthen their awareness of the parameters of virtuous conduct, and influence their consideration of what can be done to act with integrity when moments of vice emerge. Such reflections emerge as ethical learnings for researchers, strengthening their understanding of what is required to be a virtuous researcher. So, I challenge all of us to consider what it means to be a virtuous researcher and to take opportunities to reflect, share and learn from our past ethical conduct in the light of virtue ethics. Will you take up the challenge?

Macfarlane, B. (2009). Researching with integrity: The ethics of academic enquiry. Routledge. 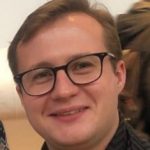 Phd Student at University of Sydney

Phillip Poulton is an early-career researcher completing his doctoral studies at the University of Sydney, Australia. He has experience as a primary school teacher, government policy officer and curriculum leader. Phillip completed his master of philosophy (education) in 2019, researching teachers’ professional agency in curriculum reform. This thesis was awarded the 2020 Outstanding Thesis Award for Master’s Thesis in the Faculty of Education by Queensland University of Technology. His current doctoral study explores primary teachers’ curriculum-making practices. His research interests include national curriculum development, school-based curriculum development, teachers’ theories of content, and research ethics.

Being a ‘chameleon’: The role of ethical reflexivity in becoming a more virtuous teacher-researcher