The Covid-19 pandemic means that countless students and educational staff are expected to continue their work from home. The worldwide quarantine has been a game-changer, blurring the boundaries between the personal space of home and the institutional workplace. This is proving to be a difficult adaptation for some students and staff (Hodges, Moore, Lockee, Trust, & Bond, 2020). To get around some of these unexpected work and study conditions, creative strategies can be used to transform unproductive home spaces into effective learningscapes and workspaces.

During my doctoral research I investigated why and how students undertaking GCSE and A-level (or equivalent) courses used recorded music (from various genres) while studying. I discovered that students used their recordings as tools to promote self-management. This type of listening practice is different from when listening to music for enjoyment, to learn the lyrics of a song or to memorise the music. In fact, students who regularly used recordings when studying used a bank of tried and tested materials in the form of saved playlists or favourites. This familiarity with songs prevented students from deep listening, and highlights the fact that recordings were utilised rather than listened to. Students who used their recordings also differed from those who stated that they randomly selected recordings for generic background noise.

‘Students used recordings to manage varied conditions such as learning or studying in classrooms they disliked, difficult classmates, isolating spaces, spaces that were “too quiet”, overcrowded home environments and noisy study spaces.’

Students in my study used recordings to manage varied conditions such as learning or studying in classrooms they disliked, difficult classmates, isolating spaces, spaces that were deemed too quiet, overcrowded home environments and noisy study spaces. Participants came from two educational institutions in London: a further education college and a religious fee-paying academy.

Data from the study indicated that recordings were used to: alter mindsets; focus; work for longer; manage emotional and psychological wellbeing; and manage (or avoid) interactions with others. Similar findings have also been arrived at by psychologists (Azizinezhad, Hashemi, & Darvishi, 2013; Krueger, 2013), ethnomusicologists, educational and media researchers (Bull, 2008; Viladot et al., 2018).

In summary, some of my research findings indicate that recordings can be beneficial while studying (or working), by providing the following affordances.

This list of benefits varies from person to person based on the needs and context of each user. So, rather than take the benefits and drawbacks of recordings as prescriptive, this blog points out that recordings can be employed to help some students and homeworkers adapt to some of the difficult working conditions they find themselves in. For more information on the benefits of recordings see also: for cognitive efficacy, Nutley, Darki and Klingberg (2013); for emotional wellbeing, McFerran and Saarikallio (2014); and for space and media, Bull (2008).

McFerran, K. S., & Saarikallio, S. (2014). Depending on music to feel better: Being conscious of responsibility when appropriating the power of music. Arts in Psychotherapy, 41(1), 89–97. 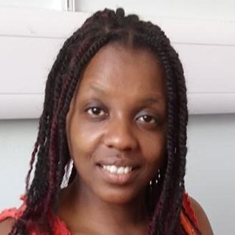 Dr Memory Malibha-Pinchbeck is an early-career researcher and has recently completed her interdisciplinary PhD in sociology, education and ethnomusicology at the Open University. Prior to her doctoral research she taught English studies and study skills at a further education college, independent schools and academies. Memory has also taught undergraduate seminars at universities, and has collaborated in some research projects in the education and healthcare fields. Her research interests include sociology of education, culture and identity, policy and ethnomusicology.

Pedagogies for the ‘dis-engaged’: Who gets what from arts education?

Regeneration, re-education and an anthem for peace: Insights for education from the re-education of Wilfred Owen during his 1917 convalescence at Craiglockhart War Hospital