School improvement has always been high on school leaders’ agendas in England, but the pandemic has shone a light on new and emerging priorities. As well as the many problems that need to be fixed, post-pandemic, there will also be many positive practices that schools may wish to retain. Allowing school leaders to approach their school development plans from an Appreciate Inquiry methodology, could help retain the 47 per cent of school leaders who have declining levels of satisfaction as a result of the pandemic and ‘are now less likely to remain in school leadership for as long as initially planned’ (NAHT, 2020).

Appreciative Inquiry (AI) represents an alternative approach to positive change based on the assumption that questions and dialogue about strengths, successes, values, hopes and dreams are themselves transformational (Whitney & Trosten-Bloom, 2010). In practice, AI involves exploration and discovery, but it is the nature of the questions it asks that sets AI apart from other change processes. These questions aim to draw out information about what the organisation is like when it is operating at its best, rather than illuminating the problems.

I will outline what I believe the three issues are, with the current Ofsted school inspection framework (Ofsted, 2021) of accountability and the quality assurance (QA) systems that school leaders adopt, and then I will attempt to explain how an AI model can offer a solution where leaders feel able to operate in a more positive domain. The three issues are:

A deficit inquiry approach is designed to fix a broken system, where leaders spend inordinate amounts of time looking for the cause of the problem (Cameron et al., 2003). This ultimately leads to blame, finger-pointing and destruction of relationships. The alternative Appreciative Inquiry approach inspires and encourages staff to appreciate the best in others and their organisation (Cooperrider & Whitney, 2005). AI reframes the problem into an affirmative topic, allowing leaders to tap into the positive core that, if expanded, would further enhance the organisation’s success and allow schools to build on what they do well.

Traditional accountability and QA strategies assume that the answers and expertise lie primarily at the top of the hierarchy, whereas this hierarchy all too often excludes those people most significantly impacted (Whitney & Trosten-Bloom, 2010). An AI approach is a collaborative and highly participative system-wide approach to seeking, identifying and enhancing change (Watkins et al., 2010). Collaboration and inclusivity are at the heart of the AI model, as is the belief that all stakeholders have something to offer in shaping the dream. We need less command and control and a few more explorations of possibilities (Whitney & Trosten-Bloom, 2010).

The shift to focus on the positive core rather than a problem-centred approach to change management is not supported by many current accountability and QA models that seek to evaluate practice through judgement. Through this process, teachers having their shortfalls and limitations pointed out is troubling and unsettling (Watkins et al., 2010). It stifles creativity and denies teachers the opportunity to draw upon their positive potential because of their habit of focusing on problems rather than possibilities (Whitney & Trosten-Bloom, 2010).

School leaders have navigated the waves of the pandemic, proving their professionalism and versatility within an English education system that is shrouded by an emphasis on blame rather than on encouraging and supporting struggling schools (Fink, 1999). The return of business as usual in terms of aggressive inspection schedules following the pandemic could be the ‘stay or go’ tipping point for many school leaders, who have worked relentlessly throughout. AI represents an opportunity to change how we hold schools accountable, and encourages leaders to use positive inquiry to envision where they want their schools to be in the future rather than spiralling into a negative frame of where we went wrong and who was to blame.

How this correlates with international perspectives on school inspection and how leaders view their post-pandemic inspection system is an area still to be addressed. 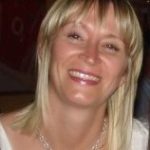 Lindsay Johnstone has worked in secondary schools for 19 years, 10 years as a middle leader and seven years as a senior leader. She is now working in a higher education institution supporting degree apprentices in achieving their leadership and management qualification. She is currently studying for her EdD in educational leadership and management at Bolton University, and her particular research focus is on how leadership styles, cultures and human resource management practice determines the success of education institutions in retaining and supporting staff. Lindsay has also developed a keen interest in how the UK is tackling the adult skills shortage gaps and the role of further education institutions and universities. Her most recent work focused on a structured model for schools to adopt in the face of teacher recruitment shortages, ‘Culture, leadership and intrinsic motivation and the effect on teacher retention. A reform model to building flourishing school cultures’.

Educational leadership on the threshold of a post-pandemic world series

All from this series
Post-pandemic: Return or reset?

Leaderless leading: How the pandemic has unleashed a collective impetus to ‘rethink’ further education

The self-improving school system from the classroom out