‘There is no power for change greater than a community discovering what it cares about.’

The above quote appears in a boxed feature in the inaugural edition of #JoyFE newspaper. The apposition sets the tone and texture of what #JoyFE is all about: a group of further education (FE) professionals, who want to ‘rethink education and take action’.

The newspaper was established to provide a meeting space around which those who want to make a difference to FE can coalesce. The writer of the opening editorial speaks as ‘we’, and while there is no explicit reference to who ‘we’ are, all the features have a named author and there is a list of contributors on the back page. There is also a small section telling interested others how to get involved and inviting them to do so.

The opening editorial makes it clear that #JoyFE is committed to sharing positive stories about FE. There is no account of why this publication, purposed in this way, is necessary. There are FE spaces – online chat rooms, hashtags, conferences and texts (not to mention offices and staff rooms) – which are practitioner-led and enable FE colleagues and researchers to meet and share their stories. The invitation to rethink implies that in some fundamental way #JoyFE considers that the current direction FE is taking is deeply flawed. In response, the authors invite participants to share in creating a vision about the ‘future of education’; to ask big questions. The pandemic has provided the portal that #JoyFE needed to lead on the collective creation of a new vision for FE. Its mantra of ‘no go backary’ is an insistence that post-pandemic there will be no business as usual for FE. The demand is not that FE does things differently, but that FE does different things.

‘#JoyFE’s mantra of “no go backary” is an insistence that post-pandemic there will be no business as usual for FE. The demand is not that FE does things differently, but that FE does different things.’

#JoyFE is an example of educational leadership doing different things. Perhaps it is better framed as an example of ‘unleadership’ (Jarvis et al., 2020): an embodiment, experienced and practised, rather than a theoretical construct.

Unleadership interrupts the leadership/followership binary which is, after all, premised on an ethics of obedience. Unleadership makes a virtue of collective action. As a spontaneous and uncontrolled collective that comes into its own during a time of exception, unleadership is a proactive gesture. Unleaders have no fantasies of command and control. Unleaders are attuned to radical uncertainty. Their guiding ethos is ‘making a difference’. They do not marshal followers towards their vision. Nor do they exhibit the heteronormative masculinity of the mythologised leader whose charisma provides certainty and reassurance within the storm of a crisis. Unleaders journey into the unknown, their actions evolving in a fine-tuned response to the fluctuating immediacy of context.

Cometh the hour, cometh the collective

This pandemic has defied the dystopian imagination. In a state of exception, we did not become flesh-eating zombies; we became good neighbours, who throughout the pandemic demonstrated the effectiveness of leaderless organising (Graeber, 2013). Several examples of inspirational unleadership have emerged in and through the pandemic, and have brought the caring geographies of mutual aid into full view.

Unleadership is driven by an ethics of joy

Spinoza is not referenced but is nonetheless enmeshed within #JoyFE’s thinking and acting. In a Spinozian ethics of joy (Youpa, 2019), leadership is a collective endeavour transcending the virtuous individual. #JoyFE’s unleadership is a rallying call encouraging the collective capacity of FE professionals to act. The joyful life is an ethical life and an empowered life. The collective pursuit of joyful encounters augments our capacity to affect and be affected by others. It increases our powers of action. Such movements do not need leaders but are led by affective forces. The leadership/followership binary which pacifies and engenders obedience, once recast through Spinoza’s ethics of joy, is transformed into mutuality – people relating to and relying on each other.

#JoyFE is more than a newspaper. It is a joyful intervention, a way of connecting people in and through joy. It is the collective practice of leading with joy in further education.

Wheatley, M. J. (2002). Turning to one another: Simple conversations to restore hope to the future. Berrett-Koehler Publishers.

Youpa, A. (2019). The ethics of joy: Spinoza on the empowered life. Oxford University Press. 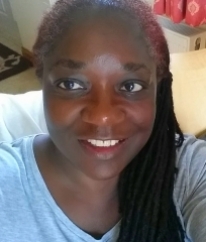 Senior Lecturer in Education Leadership and Management at The Open University

Carol Azumah Dennis has worked in higher education since 2010, first at the University of Hull where she was employed initially as a lecturer in education and programme director for post-16 teacher education, and later as programme director for postgraduate taught provision. Since 2017, she has worked for the Open University as a senior lecturer in education, leadership and management. She is a senior fellow of the Higher Education Academy. Prior to working in higher education, Carol worked for a number of years in further education colleges where she was responsible for teaching, training and managing adult basic skills. She completed her EdD at the UCL, Institute of Education in 2010, with a thesis exploring leading and managing quality in adult literacies provision.

Educational leadership on the threshold of a post-pandemic world series

All from this series
Post-pandemic: Return or reset?

Obstacles to opportunities: Towards a model of school improvement through Appreciative Inquiry