Modern children are increasingly sedentary and spend an average of six hours a day in front of a screen (Barnett et al., 2018). This has a significant impact on the movement capabilities of children worldwide. Indeed, a recent study evaluating the ‘fundamental movement skills’ (FMS) of more than 2,000 Irish children revealed that one in four could not run properly, half could not kick a ball properly and even fewer could jump properly (Behan, Belton, Peers, O’Connor, & Issartel, 2019). Poor FMS in childhood can cause a person to develop negative perceptions in relation to their physical abilities. In turn, this can lead to non-participation in physical activity and/or sport across the life course (Peers, Issartel, Behan, O’Connor, & Belton, 2020) with serious consequences for health (such as obesity, heart disease, and so on). So, what can we do to change the situation?

For previous generations, street games such as hopscotch, hand skipping and leapfrog saw children hop, skip and jump daily, for fun. Fundamental movement skills were a common part of self-generated ‘play’. For the current generation, however, ‘play’ typically involves some swiping, scrolling or finger-tapping through social media platforms or relatively addictive video games. Researchers and medical professionals are calling for children to disengage from digital devices and participate in real-life physical activity. This is particularly challenging for two reasons. First, societal and environmental factors are ever-changing, with increasingly sedentary modes of transportation to and from school/work and a lack of safe ‘play’ spaces in many communities. Second, new digital technologies are continually emerging to engage children in digital ‘play’ even further. An alternative approach is to reimagine the way children interact with technology and consider the design of movement-based interactive experiences that are both fun and capable of supporting improved movement skill outcomes.

‘An alternative approach is to reimagine the way children interact with technology and consider design of movement-based interactive experiences that are both fun and capable of supporting improved movement skill outcomes.’

In our article, ‘Hop.Skip.Jump.Games’, published in the British Journal of Educational Technology, we explored the potential to do just that (McGann, Issartel, Hederman, & Conlan, 2019a). The paper outlined a suite of educational video games developed to support improvements in children’s locomotor skills (hop, skip, jump, slide, run). Children (aged five and six) participated in ‘short bouts’ of gameplay over a period of eight weeks. While games had a numeracy/literacy focus, the overarching ‘play’ experience was designed to support improved user movement skills. Typical hand-held controllers were replaced with a 3D sensor system. This meant children could ‘control’ gameplay using their bodies and hop, skip or jump their way to gaming success. Results suggest that gameplay supported a 98 per cent improvement in children’s overall movement skill performance.

The study outlined a novel game design framework entitled PaCMAn (Principles and Conditions for Motor Skill Acquisition) (McGann, Issartel, Hederman, & Conlan, 2019b). PaCMAn takes ‘ingredients’ deemed crucial to support motor skill acquisition and marries them with fundamental principles of game design. This means that gameplay is theoretically underpinned to support positive movement skill outcomes for children. Another novel component of gameplay relates to the role of the teacher. That is, teachers are valued as a key component in the gameplay experience. As with all curriculum subjects, they are tasked with making important decisions about individual learner (or ‘user’) needs. To support this, features of the games are ‘adaptable’, enabling the teacher to personalise how high the user is expected to jump, how many jumps they are expected to perform, how many ‘points’ they receive for their efforts, and so on. This model, described in the article as a ‘human-in-the-loop personalisation process’, was informed by the PaCMAn framework and considered crucial to the positive impact of gameplay on children’s movement skills.

The implications of this study include the following.

Moving with the times

With popular video games like Fortnite prompting users to learn intricate dance sequences (ask any kid to do the floss) and phone applications such as TikTok promoting movement and dance creativity, it appears modern children have an appetite for gamified movement-based human–computer interactions. By moving with the times and embracing this trend, technology developers, teachers and parents alike could find new and exciting technology-mediated experiences to get children moving for positive health outcomes.

This blog is based on the article ‘Hop.Skip.Jump.Games: The effect of “principled” exergameplay on children’s locomotor skill acquisition’, by Jamie McGann, Johann Issartel, Lucy Hederman and Owen Conlan, published in the British Educational Research Journal. 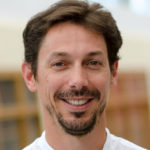 Johann Issartel is an associate professor in the School of Health and Human Performance at Dublin City University. He has a background in behavioural neuroscience, motor development in children and intervention design for health and cognitive benefits. 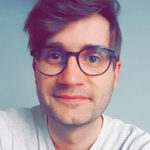 Jamie McGann is a research fellow in the School of Health and Human Performance and the ADAPT Centre at Dublin City University. He has a background in education and educational technology design for health and cognitive outcomes.