In England, less affluent areas have had greater difficulties in attracting qualified teachers than many other parts of the country. In coastal rural areas, which can be highly deprived, 7 per cent of secondary teachers are unqualified, compared with 4.6 per cent in more affluent inland rural areas. While there have previously been plans to encourage more teachers to work in the areas most in need, these have not been very successful. The pilot for a national teaching service and the returning to teaching scheme, for example, both failed to recruit even a quarter of the target numbers! What can we do?

Paper: ‘How to attract and retain teachers in difficult-to-staff areas?: A systematic review of the most promising approaches”
Presenters: Beng Huat See, Rebecca Morris & Stephen Gorard

Recently the government announced that early-career maths and science teachers in the north east of England, Yorkshire and the Humber will receive £2,000, in order to test whether incentivising teachers in this way will keep them in the profession. Teachers in other ‘opportunity areas’ will also benefit from an injection of £72 million. In January this year the government launched a recruitment and retention strategy to include retention-based payments for those who stay on in the profession. This follows the £508 million teachers’ pay grant.

This funding is indeed welcome. The question, though, is whether the teachers involved will remain teaching in challenging areas, or move elsewhere. These schemes may only keep them in the profession, but not necessarily in the regions most in need.

‘Our findings represent the best evidence we so far have about what is effective in attracting teachers to hard-to-staff areas.’

Our systematic review of promising interventions, involving a search of 13 electronic databases, suggests that financial incentives appear to be somewhat effective for recruitment, but that their impact on retention is more negligible. This is so even where the financial incentives involved a kind of a tie-in, whereby teachers were committed to staying on in the school or district for a specified period or else incurring a penalty. Retaining teachers in challenging schools or in difficult areas requires offering more than financial gain. For example, survey responses from teachers suggest that they are prepared to stay in less attractive schools or regions if they have supportive leadership and good working conditions (see for example Waters-Weller, 2009).

Our review looked for causal evidence of the impact of recruitment and retention strategies, so we only considered empirical studies that employed a causal or suitable comparative design and used direct measurements of recruitment and retention outcomes. All of the included studies were assessed for threats to validity that may have biased the findings. The findings thus represent the best evidence we so far have about what is effective in attracting teachers to hard-to-staff areas.

Any evidence for other approaches – such as alternative routes into teaching, mentoring and induction, reducing workload and teacher development – is limited, usually because of weaker study designs with flaws such as having no comparison groups or very small samples.

More creative approaches to retention, such as those employed in business organisations, could be explored. For example, rewarding long-serving staff by offering sabbaticals for teachers after a certain number of years in post, to allow them to travel, conduct their own research or pursue further study. These could be tested to see whether they can help to reduce stress and burnout and thus improve retention. We could also consider the way in which school places are allocated, so that there are no clearly defined schools with such high levels of poverty, meaning that certain schools would not be as hard to staff, even though some would remain geographically isolated. Of course, a wider and more effective solution would be to work beyond education to create better economic conditions in poorer areas anyway.

This study is funded by the Economic and Social Research Council (ES/R007349/1), and conducted by a team from the Durham University Evidence Centre for Education.

Details about the project are available here.

The unpublished paper is available here.

The team has also presented at the House of Commons Evidence Week. The summary report is available here. 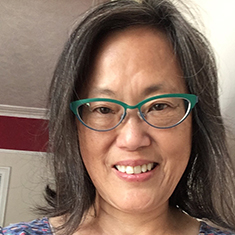 Beng Huat See is professor of education research at Durham University Evidence Centre for Education. Her work largely involves reviews and synthesis of evidence in education, evaluation of large-scale randomised controlled trials and re-analysis of secondary data. Her research interests are understanding the determinants of teacher demand and supply, enhancing critical thinking in young people, parental involvement, teacher development and teacher effectiveness, and improving the learning and wider outcomes of children from disadvantaged backgrounds.