Loneliness has arisen due in part to political polarisation in society and in academia. Similarly, loneliness and isolation resonated with many experiencing socially distanced higher education during the Covid-19 pandemic. Yet the problem of loneliness and the degradation of collegiality are not new in academia. Rowland (2008) gestures to a lack of intellectual love and collegiality as symptoms of neoliberal ideology in the policy context of higher education. We can be trapped by neoliberal ideology in a lonely and isolated social imaginary.

Arendt’s (1953) definition of ideology can aid us in perceiving neoliberal bonds. Arendt says that ideologies are ‘isms which to the satisfaction of their adherents can explain everything and every occurrence by deducing it from a single premise’ (p. 315). Succumbing to ideology causes isolation from others. In this way, ideology is weaponised by those seeking totalitarian power. According to Arendt, this isolation of individuals in society renders individual loneliness. We can be lonely and alone (or lonely and with others, imprisoned in echo-chambers) because we are unable to be in dialogue with our fellow human beings. Thus, individual loneliness and political isolation prevent dialogue and permitting blindness to common concerns and incapacitation of potential political collective action against totalitarian powers and ideologies.

Arendt’s thought on ideology, loneliness and isolation helps to show how neoliberal ideology is present in higher education in the anxiety of monitoring and audit culture, in cut-throat competition and the desperate job market. Likewise, loneliness and isolation are evident in the casualisation and lack of security of those who teach and research, in the commodification of knowledge in scholarship and publication, in the focus on employment and work-preparedness, and in a loss of autonomy, agency and identity among both faculty and students.

Solitude according to Arendt

Arendt’s concept of solitude is one way to talk about solutions to loneliness and isolation. As Rowland (2008) too makes clear, each age has its presumed imperfections and its apparent glories. We can embrace the responsibility to create an academic community in which ‘trust, openness, collaborative debate, and a commitment to knowledge’, (Rowland, 2008, p. 358) may thrive. It may seem contradictory to propose solitude as a balm for loneliness and a basis for collegiality. However, according to Arendt (1953), solitude is possible if, in one’s mind, one is free to be by oneself together with oneself – a necessary starting point from which to think critically, to dialogue with others and to act collectively against ideology. We may counter loneliness and isolation by reclaiming being and thinking in solitude. Because if we can be free in our minds then we may create spaces for dialogue and strengthen our capacity for collegiality and collective action.

Following Arendt, being in solitude as an individual enables and supports engaging in communal spaces together with other individuals. As such, although spaces for dialogue and movements for action are secondary to being in solitude as an individual, creating and engaging in such communal spaces may also support one’s capacity for solitude, and may encourage others to reclaim being and thinking in solitude. Academic communities may play an important role in supporting the freedom of solitude, of dialogue, and contribute to breaking down the bulwarks of the ideology of neoliberalism in higher education. 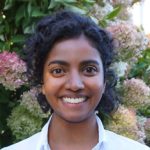 Tessa DeLaquil is a PhD student and research assistant at the Center for International Higher Education (CIHE), Boston College, and member of the Philosophy and Theory of Higher Education Society (PaTHES). Her BERA Blog post is inspired by the third season of the PaTHES online meets. Her research interests include the philosophy of higher education and theoretical bases for ethical practice in international higher education and the internationalisation of research.