A group of colleagues from the Durham University Evidence Centre for Education (DECE) were highly commended in the 2018 BERA Public Engagement and Impact Award, for their work on making education fairer. Here I explain some of the work of this team that includes Nadia Siddiqui, Beng Huat See and Vikki Boliver. My focus in this post is on how the work of DECE has contributed to identifying long-term disadvantage in education, and the implications for schools’ intakes and performance measures. However, the work of this group also involves evaluating and sifting programmes intended to improve learning outcomes, especially for disadvantaged students, and creating fair approaches to widening participation to later educational opportunities. The work addresses specific topics of current related concern such as absence from school and the summer birth problem.

‘A common theme for our work is the assessment of poverty/disadvantage as a potential determinant of lower attainment and participation in education, and how best to intervene to improve outcomes for the poorest children.’

A common theme for this work is the assessment of poverty/disadvantage as a potential determinant of lower attainment and participation in education, and how best to intervene to improve outcomes for the poorest children – supported through grant funding from Economic and Social Research Council, the Education Endowment Foundation, the Nuffield Foundation and the Department for Education. The research has led to the creation of more successful ways of assessing disadvantage using official data, based on the ‘trajectory’ of individual indicators, and taking missing data seriously (Gorard, 2018; Gorard & Siddiqui 2018; Gorard, Siddiqui, & Boliver, 2017; Gorard, Boliver, Siddiqui & Banerjee, 2018).

These improved measures have shown that the perceived ‘failure’ of secondary schools in North East England (as well as in the West Midlands and elsewhere) is an illusion. There is simply more long-term disadvantage, and the associated learning challenges for some pupils, in the North East. The same illusion arises with respect to different school types in England. None are more or less effective with equivalent pupils. As one example, we have published our trajectory-based analysis of the intakes to, and outcomes from, grammar schools. The conclusion that increasing selection to schools is dangerous for social equality was topical and relevant to the 2017 election, and made national TV and press headlines. Policymakers have taken notice (including Lucy Powell MP and Peter Kyle MP), sharing and discussing the research results online. The findings were raised by Lord Storey in the consultation on ‘Schools that Work for Everyone’, and Lyn Brown MP’s discussion about social mobility. The evidence forms a substantial part of the Full Fact reports for 2016/2017, and an empirical basis for the Houses of Parliament POSTbrief on methodologically robust studies of state selective schooling.

Long-term disadvantaged pupils, not just those with a snapshot indication of potential disadvantage, are heavily clustered in particular geographical areas and types of schools, and this clustering has lifelong outcomes. Pupil premium (England) and pupil equity funding (PEF) (Scotland) policies depend upon successfully identifying those pupils needing extra help (see page 22), as do attempts to widen participation to subsequent education. This issue is international, and DECE is involved in equivalent work with colleagues from Brazil, Columbia, Pakistan, Portugal and Spain.

We have given evidence to the 2018 Scottish Parliament Education and Skills Committee on attainment of school-aged children experiencing poverty (see page 348), and were invited to the Royal Society Edinburgh to give advice on implementation of PEF. Evidence was also provided to enquiries by the House of Commons Education Committee 2015–2018 into underachievement among white working-class children, Ofsted, the purpose and quality of education, special educational needs and disabilities, and the conversion of ‘coasting’ schools to academies. This was also raised by Kevin Brennan MP, and in lobbying by the NUT (see page 2). The biggest danger is increased segregation between schools, caused by increasing diversity of provision, risked for no gain in attainment (see page 8). Nick Dakin MP referred to the evidence in supporting amendments to the conversion bill. As a result of research and pressure, the government reversed an announcement that all schools in England would become academies.

The work has been published widely, including via the 2018 Caroline Benn Memorial Lecture, researchED, the Higher Education Policy Insitute and Schools of Tomorrow. It has also been covered regularly in media, including the BBC, Sky News, the Washington Post, the Economist, the Guardian, the Observer, the Financial Times, Times Higher Education and the Times Education Supplement. The team were funded as part of the ESRC Festival of Social Science to discuss the findings and implications with the general public and others such as the Pupil Premium Champion for Northumberland, and videos are available of a three-minute overview and the full ‘question time’-format debate. 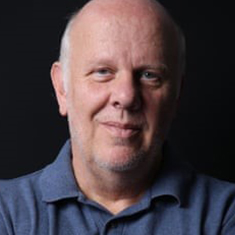 Stephen Gorard is professor of education and public policy at Durham University, and director of the multi-disciplinary Durham University Evidence Centre for Education. He is a fellow of the Academy of Social Sciences, and lead editor for BERA’s Review of Education journal. His work concerns the robust evaluation of education as a lifelong process, focussed on issues of equity, especially regarding school intakes. He is author of around 30 books and over 1,000 other publications. He is funded by the ESRC to investigate measures of educational disadvantage and how such measures can be used for educational improvement. He tweets @SGorard.

Lost in translation: The translation of Article 12 of the United Nations Convention on the Rights of the Child into educational legislation