One-quarter of all families in the UK are single-parent families (Gingerbread, 2019), yet literature suggests that single-parent students face challenges in accessing, participating in and completing higher education (Hinton-Smith, 2012; Byrne & Flood, 2006; NUS, 2009). This blog post draws on evidence collected between April and June 2021, when I conducted a three-month mixed-methods research project with 101 single-parent students to explore what it meant to be a single parent studying at university in the UK in the context of Covid-19. Two key themes were highlighted from the research: first, the personal demands that the pandemic placed on single-parent students in terms of time, money and childcare; and second, the academic and peer support provided by UK universities.

The research demonstrated how the demands on single-parent students were multiplied by the restrictions of the pandemic and the need to juggle competing responsibilities or ‘spin multiple plates’. These personal demands – related to childcare, time and money– had an impact on the mental and physical health of single-parent students, which in turn had implications for their engagement with their studies. As one participant revealed: ‘My daughter takes up all my energy and I have no brain juice left to even attempt finishing my studies … I am emotionally drained and currently fighting for more time to get my studies complete.’ Participants pointed to the ‘financial burden’ of ‘giving up a job to study full-time’, and ‘money’ as a key challenge, with several noting that working alongside their studies was essential ‘in order to pay bills’. These challenges had an impact on submitting assignments and on the retention rates of single-parent students (see NUS, 2009). Due to the huge personal demands placed on them, many single-parent students disengaged during the lockdowns, considered leaving, or paused their studies. One participant noted that the ‘completion of my PhD has been delayed almost a year now’, with another commenting that there had been an ‘interruption of study as schools and childcare closed’.

‘Personal demands – related to childcare, time and money– had an impact on the mental and physical health of single-parent students, which in turn had implications for their engagement with their studies.’

The support available for single-parent students at their university was inconsistent both within – and across – universities in the UK. In terms of personal support, childcare facilities were not always available on campus, and when they were, they were often either full or too expensive for single-parent students. Academic support was often dependent on students’ relationships with individual members of staff or on the ethos of individual academic departments, rather than there being clear institutional policies and support in place to support single-parent students (see further NUS, 2009) – beyond, for instance, student support services and applications for special circumstances. Many participants recognised that alongside personal support and academic support from the university, peer support was invaluable in terms of supporting their wellbeing and studies. However, this was often dependent on the student parents themselves setting up a support group, which tended to become unsustainable due to time constraints.

So, what are the key changes that universities could implement to make studying and single parenthood a better experience for our students?

In conclusion, the strength of the research – in drawing out these three themes – was in some ways its limitation too. While Covid-19 had evidently made things worse, the issues raised by single-parent students were not new (NUS, 2009). As one participant stated, ‘I just feel like the university have never considered what parents need.’ That this comment echoes arguments from literature from over a decade prior to this research points to the urgency of making changes at UK universities to support single-parent students (Hinton-Smith, 2012; Byrne & Flood, 2006; NUS, 2009).

National Union of Students [NUS]. (2009). Meet the parents: The experience of students with children in further and higher education. https://www.nusconnect.org.uk/resources/meet-the-parents-the-experience-of-students-with-children-in-further-and-higher-education-2009 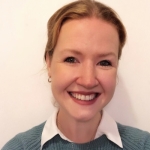 Lecturer in Education at Aberystwyth University

Lucy Trotter is a lecturer in the School of Education at Aberystwyth University. She completed her PhD in Social Anthropology at the London School of Economics (LSE) in 2020, with a thesis entitled ‘Performing Welshness in the Chubut Province of Patagonia, Argentina’. Her undergraduate degree in Social Anthropology (2014) and her MSc in Research Methods (2015) were also completed at the London School of Economics. Following her PhD, she remains affiliated with the LSE Anthropology Department as a visiting fellow. Lucy is particularly interested in issues of subjectivity, performance, music, power and inclusion.