There are regular assertions in both the press and academic literature that the low take up of vocational education in England, relative to selected comparators, is because it has lower status than academic education. There is circumstantial evidence for this view, derived from attitude surveys though rarely comparative data supporting the accompanying assertion that this is a uniquely English phenomenon.  Carpenters and hairdressers probably have lower status than lawyers and stockbrokers in every jurisdiction.  Moreover, a causal linkage between status and take up is usually assumed rather than demonstrated. Snobbery offers a convenient but not necessarily accurate explanation.

An alternative, and possibly more important factor may be that in current policy discourse vocational education is almost totally eclipsed by a disproportionate focus on apprenticeships. This has the effect of rendering the substantial existing provision of vocational education, largely provided in FE colleges, as at best invisible and at worst officially denigrated. The Prime Minister’s recent proposal for all young people to enter either higher education or an apprenticeship is only the latest in a series of incomplete choices posed by politicians which ignore the vocational route. More seriously Ministers are increasingly prone to justify the removal of resources from vocational education on the grounds that apprenticeships offer better value for money[1].

it may be that apprenticeships can be cheaper for government, as they transfer the cost of training to employers and individuals

In part political enthusiasm for apprenticeships derives from their popularity with the public, generally unaware that many recent apprenticeships involve low level training for existing adult employees, not an induction into skilled employment for youngsters. In part it may be that apprenticeships can be cheaper for government, as they transfer the cost of training to employers and individuals.

Another reason however derives from research evidence appearing to show that low level FE offers no benefits or at best inferior outcomes to work based learning. This view of FE is summed up by the Wolf report[2]  assertion that “The staple offer for between a quarter and a third of the post-16 cohort is a diet of low-level vocational qualifications, most of which have little to no labour market value.” The basis for this specific claim is difficult to ascertain, but it is consistent with a range of studies quoted by Professor Wolf in an appendix to her report.

It is hard to criticize politicians for taking notice of research evidence even if one suspects they give greater weight to studies that reinforce their prejudices. If it is used to justify reducing public investment in vocational education however it needs particularly careful scrutiny. There are signs that this is beginning to happen.

One of the key pieces of evidence used by government is the finding that vocational qualifications delivered in the work place (of which apprenticeships are a special case) are associated with better lifetime earnings than those delivered in an educational institution[3].  This does not demonstrate causality however; employers try to pick winners when deciding who to train and their selection may well be based on factors that researchers cannot readily observe or control for. Simply moving public investment from classrooms to workplaces cannot guarantee success.

In the last couple of years new research[4] has been made possible by BIS investment in the development of matched data, combining information on FE participation, with individual data on earnings, employment and benefits from HMRC and DWP. It has enabled researchers to update earlier estimates dating from between 2004 and 2009, based on survey data. The new studies demonstrate strong and consistent wage returns to vocational qualifications delivered in further education even at lower levels. Moreover, they show that the impact is particularly strong for members of the least advantaged groups in the population.  The authors state that there is “compelling evidence that previous less favourable findings [for instance relating to Level 2 vocational learning] were a result of data limitations, rather than truly insignificant value added”

The implications of these findings are profound. They demonstrate a clear need for politicians to treat vocational education on a par with both apprenticeships and academic study rather than write it out of the script.  If they were to celebrate the achievements of colleges rather than try to ignore them they might be surprised to find that it increased the status and take up of the vocational route. 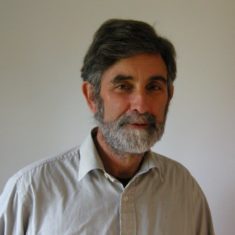 Mick Fletcher researches and writes about FE policy with a particular focus on planning and funding. As well as being a founder member of the Policy Consortium he is a Director of RCU Ltd. and an Honorary Senior Research Associate at the UCL Institute of Education.  Mick has worked closely with both individual institutions and the major government agencies involved in funding and planning further education and skills and has been a regular contributor to the work of CEDEFOP – the European research centre for vocational education and training.