In the most recent issue of Research Intelligence (#145), BERA president Dominic Wyse follows up his presidential address with a declaration that it is essential for education to be regarded as a discipline in its own right, rather than as an interdisciplinary field (Wyse, 2020a). His motive is to defend education against charges of inferiority on grounds of lack of coherence and poor quality of research. Yet at a time when ‘interdisciplinarity’ has long been, and continues to be, a buzzword, when the very concept of a discipline has been widely challenged in the name of post-disciplinarity, and when there are many interdisciplinary fields recognised in universities (including criminology, management and medicine), by no means all low status, it is not clear why not being recognised as a discipline would be a cause of inferior status.

Furthermore, the proposal that education be treated as a discipline raises some questions. One concerns the relationship between education as a discipline and as a profession. The meanings of these two terms overlap but also diverge. Wyse (2020b) emphasises the link between the two, in the form of close-to-practice educational research. However, if we look at the education profession, we are reminded that secondary school teachers are usually specialists in particular subjects; so, at best, they do not have a unique relationship to education as a discipline. And this is even more true of university teachers, who surely cannot be excluded from the profession of education?

Of course, it could be argued that education is the most important discipline for the profession because it provides pedagogical knowledge and techniques that are relevant for all its members. But this claim to disciplinary dominance within the profession would imply a very narrow conception of educational research. In his address, as is befitting to a president of BERA, Wyse (2020c) is catholic in what he includes under that heading – a great deal of it drawing ideas and methods from other disciplines in social science and the humanities, and displaying internal heterogeneity along theoretical and methodological lines. All of this prompts doubts about how far education can meet all of the criteria for disciplinarity that Wyse (2020a) adopts. And what is to be done with those educational researchers who insist on ‘dual membership’ of other disciplines? In his presidential address, Wyse (2020c, p. 17) mentioned the solution adopted in Excellence for Research Australia (the Australian equivalent of the UK’s Research Excellence Framework), whereby they were excluded from education submissions. Are they to be excluded from education as a discipline more generally, in order to establish its coherence?

‘It could be argued that education is the most important discipline for the profession because it provides pedagogical knowledge and techniques that are relevant for all its members. But this claim to disciplinary dominance within the profession would imply a very narrow conception of educational research.’

What underpins all these issues is, of course, the ambiguous status of professional studies within universities: more than others, these fields must try to satisfy, simultaneously, the requirement for rigour (of various kinds) laid on academic disciplines and the demands for serviceable knowledge, skills and techniques from practitioners. Arguably this tension has been especially uncomfortable for education, but it arises in many other areas too. And it is not clear that there is any permanent solution: at best, the problem can only be managed. Declaring that there is no tension between rigour and usefulness is common today, but there is plenty of evidence that this is wishful thinking: it assumes too simple and direct a relationship between academic knowledge and professional practice. There is a considerable literature exploring the tortuous nature of that relationship, and the shortcomings arising from a neglect of this (see Hammersley, 2002).

It is possible that, in the long term, the task of universities will come to be institutionally redefined entirely in instrumental terms (as providing students with employable knowledge and skills, and as supplying actionable knowledge to commercial companies, government departments and professional practitioners). But would not the very notion of education be degraded in this process – surely a matter of professional concern for educators? It may feel as if we have already reached that point, of course, but advocates of such change, such as the current UK government, are all too aware that there is still some way to go in removing the ‘entrenched interests’ standing in its way. I fear that presenting education as a practice-focused discipline may weaken its defences, particularly in the context of a ‘programme board’ being set up, on the basis of the Royal Society/British Academy (2018) report, whose economistic aim is apparently to shackle the ‘supply’ of educational research to the ‘demand’ for it. 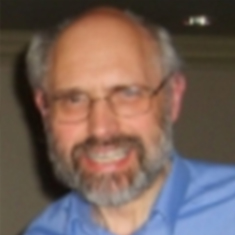 Martyn Hammersley is emeritus professor of educational and social research at the Open University. He has carried out research in the sociology of education and the sociology of the media, but much of his work has been concerned with the methodological issues surrounding social enquiry. His books include (with Paul Atkinson) Ethnography: Principles in Practice (Fourth edition, Routledge, 2019), The Politics of Social Research (SAGE, 1995), Reading Ethnographic Research (Second edition, Longman, 1997), Questioning Qualitative Inquiry (SAGE, 2008), The Limits of Social Science (SAGE, 2014), The Radicalism of Ethnomethodology (Manchester University Press, 2018), The Concept of Culture (Palgrave Macmillan, 2019), and Troubling Sociological Concepts (Palgrave Macmillan, 2020). See his website, martynhammersley.wordpress.com.

To whom an EdD may concern: Pragmatic reflections and useful considerations