Many countries follow policies of inclusion in which pupils with special educational needs and disabilities (SEND) are, as far as possible, educated in mainstream settings. For the most part this is regarded as an admirable and socially just aim, but it can result in difficult decisions regarding school organisation, classroom management and teaching.

These decisions are likely to be affected by features of the classroom context, but there is very little systematic information on these features. Our new paper (Blatchford and Webster 2018) in the British Educational Research Journal argues that it is important to be aware of these educational contexts in which teachers teach, and which influence the appropriateness and effectiveness of pedagogical strategies. Our paper reports results from a systematic observation study on the educational experiences of pupils in mainstream primary and secondary schools. The aim of this study was to obtain detailed and comparable pictures, built up on the basis of a high number of moment-by-moment observations, of the classroom contexts for learning experienced by both pupils with SEND and average-attaining pupils without SEND. In particular, the study focussed on three main features: class size; grouping arrangements within and across classes; and pupils’ interactions with teachers, teaching assistants (TAs) and other pupils.

The main focus of our research was 48 pupils at Year 5 (aged 9–10) and 49 pupils at Year 9 (aged 13–14 years) who had Statements of SEND or Education, Health and Care Plans (EHCPs). For the purposes of comparison, we also collected data on 227 typically-developing pupils (115 pupils at Year 5; 112 pupils at Year 9). Data were collected over the 2011/12 and 2015/16 academic years, and amounted to a total of just under 68,000 observations made over 1,132 hours. As far as we know, this is the largest observational research project ever conducted in the UK on pupils with SEND.

Putting together the key results from the observations on class size, composition of adults and attainment grouping, we found that in Year 5, pupils with Statements/EHCPs were found to spend over a quarter of their time away from the mainstream class, the teacher and their peers. When they worked in groups, it was mostly with other pupils identified as low-attaining and/or as having SEND. The mainstream experience at Year 9 for pupils with high-level SEND featured more in-class, teacher-led teaching; they were taught mostly in whole classes with other low attainers and those with SEND. Pupils with Statements/EHCPs were typically taught in small, homogenous, low-attaining classes, with at least one TA present alongside the teacher. Their average-attaining peers, meanwhile, were taught in larger homogenous classes with just the teacher present.

Taken together, the educational experiences of pupils with Statements/EHCPs at primary school are characterised by a high degree of separation from the classroom, teacher and peers, whereas in secondary settings, they are characterised by a form of segregation: a form of ‘streaming’, whereby lower-attaining pupils and those with SEND are taught alongside one another away from their average- and higher-attaining peers. The rationale for these organisational arrangements is ostensibly to assist struggling pupils, but their unintended consequences give us cause to carefully rethink classroom contexts for learning in mainstream schools.

Teacher quality is consistently identified as the most important school-related factor in pupil achievement, but what happens in the classroom, in terms of pedagogical approaches, is necessarily facilitated or inhibited by the often-overlooked factors of class size, grouping and the use of TAs. Compared with their typically-developing peers, our data show that these factors interact with the teaching and learning experiences of pupils with high-level SEND in quantitatively and qualitatively different ways. See Webster and Blatchford (2015) and Webster and Blatchford (2018) for more on the qualitative differences.

Our new paper discusses the value of an ecological approach to school learning, drawing on the work of Bronfenbrenner (1979) and Barker and Gump (1964), but our work suggests that we need to take this further and develop a view of classroom effects on learning that recognises and seeks to capture the interconnected nature of the contextual, interactive, and pedagogical features at work. We argue that class size, for example, is best conceived as a context for teaching and learning that interconnects with other classroom contextual features, like within-class groupings.

The search for the interconnections between classroom contextual factors and classroom interactions is important not only conceptually, but also in terms of policy and practice.

Webster R and Blatchford P (2015) ‘Worlds apart? The nature and quality of the educational experiences of pupils with a Statement for special educational needs in mainstream primary schools’, British Educational Research Journal 41(2): 324–342. https://onlinelibrary.wiley.com/doi/abs/10.1002/berj.3454 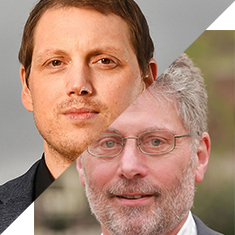 Peter Blatchford is professor in psychology and education at the UCL Institute of Education. He directed the large-scale Deployment and Impact of Support Staff project, and co-directed the SEN in Secondary Education study and the Making a Statement study. Peter has also directed a programme of research on the educational effects of class-size differences and pupil–adult ratios, and an ESRC-funded programme of research on collaborative group work and grouping practices in schools. Peter is currently engaged in a Leverhulme-funded major research fellowship, alongside co-directing a survey of school breaktimes and pupil social lives in primary and secondary schools. He is honorary professor at the Educational University of Hong Kong, and a fellow of the Academy of Social Sciences.

Rob Webster is an associate professor at the Centre for Inclusive Education, UCL Institute of Education, London. He co-directed the SEN in Secondary Education study and the Making a Statement study, and before that worked on the ground-breaking Deployment and Impact of Support Staff project. Rob’s paper on the classroom experiences of pupils with SEND in mainstream primary schools (1976 to 2012), which drew on data from the latter two research studies, was shortlisted for the 2016 British Educational Research Journal Editors’ Choice Award. Rob is currently leading the Maximising the Impact of Teaching Assistants school workforce improvement initiative. He is co-convener of the Twitter forum #UKEdResChat, which brings together researchers and practitioners. He tweets @maximisingTAs.