For decades now, there has been a looming child and youth mental health crisis in many developed nations globally (WHO, 2020). Nations have varied in policy responses to the issue, but what many contexts share is an emphasis on ‘wellbeing’ promotion in schools (Brown & Shay, 2021). This emphasis on wellbeing often lacks conceptual clarity or evidence-based instruction for how schools actually should go about promoting this in practice. We analysed policies in Australia and England (our respective countries) and found that in both countries there appears to be an emphasis on curricula and educational programming that is focused on the resilience of young people and physical health (Brown & Shay, 2021).

‘The current emphasis on wellbeing in schools often lacks conceptual clarity or evidence-based instruction for how schools actually should go about promoting this in practice.’

As two researchers who are diverse in our cultural identities (Marnee, Aboriginal Australian, and Ceri, white British) and in our discipline training and scholarship, we have collaborated to pool our knowledge and experience. Hitherto, we had undertaken two separate studies in our individual contexts that explored the role of identities as a way of supporting student wellbeing in schools (Brown & Dixon, 2020; Shay, Sarra & Woods, 2021). Although there was a difference in focus, student cohort and methodological approaches, both of our studies centred the voices of children and young people in exploring the topic of wellbeing.

In both studies, we were able to find threads of similarities in our data produced by children and young people on wellbeing in schools. Although individual aspects of wellbeing (such as mental health, emotional health and physical health) formed part of the data, it was only one aspect of what children and young people identified as important. There was an emphasis on identity – self acceptance, authenticity, values and collectivity – that goes beyond narrow understandings of identity categories that are often ascribed to students in schools (race, gender, and so on). Social aspects of wellbeing such as where you are from, culture and role models also featured in both studies. At its essence, many children and young people spoke clearly about the need for belonging and social identities as a form of relational wellbeing, which are grounded in Indigenous ways of being, knowing and doing.

These studies were conducted pre-Covid-19, but we propose that the pandemic has only highlighted the essential role schools play in connectedness and wellbeing (both short term and long term) for children and young people. Schooling and its role in identity development has a long history, recognising that identities (in all multiplicities) are fundamental to children’s socialisation as productive citizens (Abdi, 2001). But we propose that there has been less focus on social identities, and this is at odds with how children and young people in our studies expressed what they think is important.

In this increasingly globalised and technology-driven era, we propose that notions of identities and wellbeing for children and young people are changing so rapidly that policy settings are struggling to respond to the emergence of issues such as cyberbullying, remote learning (induced by Covid-19 restrictions) and generalised instability in the world. Evidence from our studies shows clearly that children and young people need explicit spaces to explore, develop and strengthen their identities (in all of their diversities) and that this can be achieved through recognising the strengths from students’ cultures and communities. As one Indigenous young person said: ‘Well, if people just listen to us for once… we’ll make a future… we’ll go all the way’ (Shay et al., 2019).

This blog is based on the article ‘From resilience to wellbeing: Identity‐building as an alternative framework for schools’ role in promoting children’s mental health’ by Ceri Brown and Marnee Shay, published in the Review of Education on an open access basis.

Shay, M., Sarra, G., & Woods, A. (2019, August 14). The imagination declaration: Young Indigenous Australians want to be heard – but will we listen? The Conversation. https://theconversation.com/the-imagination-declaration-young-indigenous-australians-want-to-be-heard-but-will-we-listen-121569 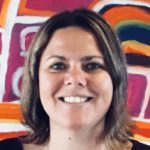 Senior Lecturer at University of Queensland

Dr Marnee Shay is an Aboriginal educator and researcher and senior research fellow in the School of Education at the University of Queensland. Marnee’s research spans the field of Indigenous education across the areas of youth studies, practice and policy and flexi schooling. 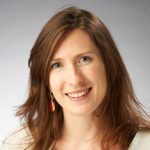 Lecturer in Education at University of Bath

Dr Ceri Brown is an associate professor in the Department of Education at the University of Bath. Her research focuses on the impacts of education policy on children’s schooling experiences, particularly for those who experience educational binds such as living on a low income, mental health challenges, irregular school transitions and those at risk of early school leaving. Ceri is interested in methodologies that explore the spatial dimension to educational inequalities and learner identities.