One of the trends in educational research has been towards more sophisticated understandings about which research methods are appropriate to answer particular research questions. For example a question such as ‘which of two methods of teaching reading is the most effective in improving reception children’s decoding of print?’ is likely to be best addressed through an experimental trial. But the question, ‘how effective is the national curriculum in England?’ is more difficult to address. One methodology that has grown in influence is the use of international comparisons of pupil test data (typically 15-year-olds) to compare education systems in different countries. The impact of publishing these data as league tables of different countries is already being felt. For example the Daily Mail online reported US Education Secretary Arne Duncan saying that, “The brutal fact here is there are many countries that are far ahead of us and improving more rapidly than we are … This should be a massive wake up call to the entire country. (Daily Mail, 2013, online)

Even though there might be strong evidence in relation to the effectiveness of a national curriculum on pupil outcomes, this may not be sufficient evidence on its own to justify particular curriculum designs. For example you could have a national curriculum that was strongly aligned with up to date research evidence about what works in different subject areas (literacy and mathematics perhaps), but if the design does not include allowances for pupil agency and teacher autonomy over the curriculum then the resentment caused by imposition of such a curriculum may result in less than optimum teaching and learning.

One of the great strengths of education as a discipline is its capacity to draw with discernment and sophistication on a range of disciplines in the pursuit of the most rigorous answers to question such as those about the most appropriate designs for national curricula. For example the contributions of philosophy and sociology to knowledge and the curriculum (one of the defining questions for the curriculum field) are longstanding ones. And in recent times these areas of scholarship have already made a significant contribution to the debate about national curriculum design. As part of this contribution the role of BERA has been significant. In 2011 a new SIG (Curriculum, Assessment and Pedagogy) was proposed and established by a group of researchers who had been working together on curriculum for some years. Working with the British Curriculum Forum, BERA then added the Curriculum Journal (CJ) to its portfolio of international journals. The editors of the CJ published a special issue in which, drawing on the work of Gert Biesta and the other contributors, they advocated a transactional perspective on knowledge in the curriculum (Wyse et al, 2014). This proposition has subsequently been critically analysed in a chapter by Johan Muller (someone who has done extensive work on knowledge, including with Michael Young). Muller’s chapter in the two volume 70 chapter account of the curriculum field (Edited by Dominic Wyse, Louise Hayward (BERA SIG Co-Convenors) and Jessica Pandya, in-press) concludes:

It seems that Wyse et al.’s view that knowledge is “both constructed and real” (2014: 5) was right after all. Quite how to establish the reality of “powerful knowledge” while acknowledging its social roots remains a challenge in 2014 as it was in Mannheim’s day. What is undeniably underway is a sort of rapprochement, but it remains a work in progress. (Muller, in-press)

One dimension of the measurement of curriculum is its representation of knowledge to be taught, compared with knowledge to be located and proposed by pupils. Muller’s conclusion about rapprochement is a tantalising one, particularly in the context of policy and evidence. Could curricula of the future get much closer to synthesis of disciplinary based powerful knowledge combined with pupil-centred teaching that seeks to build on pupils’ unique constructions of their world?

For the time being though the performativity of national and international testing, and its influence on curricula, is pervasive. But as the chapters (in the same volumes as Muller’s) by Andreas Schleicher, Esther Care and Shinya Takekawa powerfully illustrate, the value to curriculum design of international comparison of pupil tests is strictly limited, and needs to be understood alongside the much longer traditions of comparative research and their methodologies. 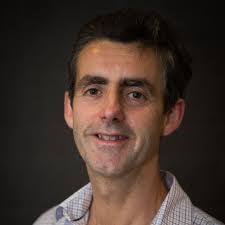 Dominic Wyse is Professor of Early Childhood and Primary Education at the UCL Institute of Education, London. Dominic was a Senior Lecturer in Primary and Early Years Education and a member of the Centre for Commonwealth Education at the University of Cambridge. He was a Fellow and Director of Music-Making at Churchill College Cambridge. He was a primary teacher for eight years which included posts in London, Bradford and Huddersfield. Following his work as a teacher he lectured in Primary Education at Liverpool John Moores University for eight years, latterly as a Reader. Dominic’s research focuses on curriculum, pedagogy and policy. A major strand of this is his work on the teaching of English, language and literacy. He also works on creativity, and educational innovation. Dominic gave evidence in relation to England’s National Curriculum to the House of Commons Committee for Children, Schools and Families. He has spoken about policy and pedagogy on BBC Newsnight and BBC Radio 4 Today.

Editorial: Wellbeing and being outdoors