I offer here a reflexive comment on the BERA blog. Its stated aim is: ‘to provide research-informed content on key educational issues in an accessible manner’, for ‘policy-makers, parents, teachers, educational leaders, members of school communities, politicians, and anyone who is interested in education today’. But while the editorial policy states that ‘all submissions must have some link to evidence rather than assertion’, it also lists ‘opinion pieces’ as one type of contribution. Is there insufficient clarity here about exactly what this blog is offering? What counts as ‘research-informed’? What is the difference between ‘opinion’ and ‘assertion’? Should the status of a contribution be signalled? These are important matters given that some of what is presented in the Blog goes beyond the evidence.

Educational researchers are keen to promote the value of their work. Many of them are also strongly committed to particular educational and political ideas. There is nothing wrong with either of these commitments. But they can lead to excessive claims. To illustrate the point, take an issue mentioned in recent contributions: the current Government’s plans to allow establishment of new grammar schools. The authors claim that this policy is not based on research evidence, in fact that it runs counter to such evidence, that it is ‘evidence-free’ or ‘politics-based’, and is therefore misguided (see https://www.bera.ac.uk/blog/a-new-hunger-games-in-education and https://www.bera.ac.uk/blog/heading-for-divorce-educational-evidence-and-recent-policy-patterns).

The first thing I want to say is that no research evidence can tell us, on its own, whether or not a policy should be adopted. This requires not only examining and weighing the factual evidence, from research and perhaps from other sources as well, but also identifying what the value priorities should be, as well as what is feasible and prudent. Research cannot tell us, on its own, what our value priorities ought to be, or about feasibility and prudence: this requires practical judgments, and different people will frequently come to different conclusions, more or less reasonably. And it is important to recognise the variety of perspectives from which educational issues can be, and are, legitimately evaluated.

What research evidence can do is to support or throw doubt on factual assumptions that are made by policymakers, or built into the rationales that they put forward for policies. And the two contributions to the Blog I have mentioned make good points of this kind. But while this is an important task, it should stop well short of declaring a policy good or bad. I suggest that as educational researchers we ought to be more circumspect in what conclusions we claim our work can justify, on this issue and others. (Perhaps I should say that, as someone who failed the 11+ and spent 5 years in a secondary modern school, and as a lifelong Labour supporter, I have no brief for the defence of grammar schools. My point is simply that educational research cannot tell us whether or not they are desirable, and we should not pretend that it can.)

My second point is about evidence. It is true that there has been research comparing grammar/secondary modern systems of education with comprehensive systems. And I suggest we have an obligation as researchers to provide references for readers to this, and guidance in evaluating it. Much of it undoubtedly provides a better source of evidence than, for example, the claims that are routinely made for grammar schools by their advocates on the basis of ‘common-sense’. But, as with all research findings, this evidence is of variable quality, and all of it is subject to methodological problems of various kinds. Furthermore, there have been conflicting findings and heated debates over the evidence amongst researchers. So it is false to say that there is no evidence that might be used in support of bringing in new grammar schools. What can be said is that there is no strong evidence of this kind, and that there is equally strong or stronger evidence that throws doubt on the factual claims made in favour of grammar schools. But the contrast between ‘evidence-based’ versus ‘evidence-free’ or ‘politics-based’ policy is misconceived and misleading.

To insist that research evidence supports our own educational and political views whereas opposing views are without evidence is tendentious. Furthermore it encourages the dismissal of educational research as biased. That response is already common in some quarters. We may not be able to change this, but in my view we ought to take care not to reinforce it, through failing to respect the limits to the authority educational research can claim. 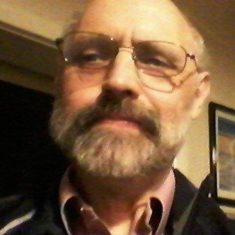 Martyn Hammersley is Emeritus Professor of Educational and Social Research at The Open University, UK. He has carried out research in the sociology of education and studied the role of the media in reporting research findings. However, much of his work has been concerned with the methodological issues surrounding social enquiry. He has written several books, the latest of which is The Limits of Social Science (Sage 2014).