The chance photograph of a briefing paper on grammar schools has bounced the government into bringing a half-baked idea into the full glare of publicity before they’ve really thought it through.

…a cautious Home Secretary has turned into such a cavalier Prime Minister, making evidence-free policy on the hoof

That’s a shame as if they’d taken more time I doubt whether this is really a route they would have chosen to go down. Not when you look at the evidence stacked against the case for what they say they want to achieve. It must be a matter of interest for future historians that a cautious Home Secretary has turned into such a cavalier Prime Minister, making evidence-free policy on the hoof.

The only rational spur to the expansion of grammar schools that I can see are the consequences of the blanket ban forbidding all Local Authorities (LA) to open new schools in their own area. Authorities such as Kent are no more entitled to open new grammar schools than are authorities such as Tower Hamlets to open new comprehensives. Yet pupil rolls are rising and new school places are required. I suspect Tory controlled LAs with selective systems have been lobbying so that they no longer need resort to the device of having to open new “annex” grammars in distant towns to get round this rule.

Local Authority control over schools was taken away precisely to diversify market supply and then offer parents a choice between LA schools and the newer entrants such as academies and free schools. This assumes that structures matter more in the decisions parents have to make than, for instance distance to travel or a sense of community belonging forged in a neighbourhood school. But bringing grammar schools into the mix changes the game. That has become apparent from the struggle the Prime Minster and her Secretary of State for Education have had in voicing what the policy is really for.

There are a number of paradoxes that emerge from the terms in which the argument is cast.

are those parents to be denied their choice in the face of government dogma?

The evidence is clear: selection works in the interests of the few at the expense of the many

The evidence that should steer government away from this policy choice is there. The DfE can easily tell from the pupil performance data they collect that those who do not get in pay a high price for a selective system that excludes them. Out of all the children admitted into grammar schools in Kent, only 3% are eligible for free school meals, a far lower proportion than ought to be the case if the entry test was fair. In fact, selective Kent does significantly less well by those on FSM than non-selective Tower Hamlets. In Tower Hamlets twice as many disadvantaged young people achieved 5+ A* – C (Incl. English and maths) GCSEs in 2015 (61.5%) compared to Kent (30.5%). Indeed, more pupils from whatever background do well in comprehensive Tower Hamlets than in selective Kent. The evidence is clear: selection works in the interests of the few at the expense of the many. Look abroad, and the system level evidence from the PISA studies tells the same story.  Andreas Schleicher and the OECD have consistently argued this case when comparing those countries with selective system with those countries without. The evidence holds across successive PISA rounds. Don’t let dogma from the past wreck the futures of all our children. They deserve better than that. 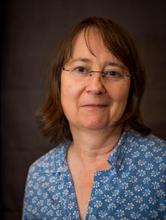 Gemma Moss is Professor of Education at the University of Bristol.  Her interests include literacy and ethnography with particular reference to gender and attainment; literacy policy and the shifting relationships between policy makers, practitioners and stakeholders that are re-shaping the literacy curriculum;  and the use of research evidence in shaping policy and practice.  She specialises in qualitative approaches to policy evaluation, and innovative mixed methods research designs.  Much of her work is interdisciplinary in character and tackles key themes in knowledge mobilisation and research-informed practice that can influence social change.

She recently completed a two year ESRC Fellowship on Literacy Attainment Data and Discourse that focused on the history and sociology of education measurement, contrasting how numerical data have been handled in the 1860s, 1950s and in the 2000s.

Education and the 2015 election