I have been pondering the effect of the neo-liberal economic and social world order on education and everyday life. In many ways the neo-liberal mantra is accepted as a kind of monolith – a global orthodoxy. But as many investigative social scientists know on the ground it is far more complex. Just as with Brexit there is ‘Hard Brexit’ and ‘Soft Brexit’ – so with neo-liberalism – there are both hard, soft and hybrid oppositional approaches. The world of market monetisation and commodification launched with such triumphal aplomb in the 1980s has spawned a variety of responses at national, local and personal levels. We have come to call these differentiated response, ‘refractions’ of neo-liberal orthodoxy.

Whilst it has proved difficult of late to find funds for the investigation of such crucial variations (perhaps not surprisingly!) there have been research studies which help us conceptualise refraction. These studies of refraction allow us to survey the complexity bubbling beneath the serene monolithic appearance of the neo-liberal orthodoxy as it impinges on education. We can begin to focus on the different interpretations and re-directions and in doing so re-imagine a range of different social futures.

For instance we analysed refraction in some detail in the seven-member European project ‘Professional Knowledge Project’ (see below for detailed coverage). In summary we found a considerable range of refraction across the seven countries we studied as we can only briefly illustrate in this blog.

the denial of expertise and evidence is seldom a smart strategy

At the national level the range of different responses is of particular import when we look at how educational research and evidence is employed. In versions of hard neo-liberalism evidence is often ignored and research evidence systematically denied. What Stephen Ball ‘calls a discourse of derision’ is commonly found. The educationalists in England were characterised as ‘the blob’ by Michael Gove. Their opinion unworthy of serious consideration in the face of his own long-standing expertise with regard to educational practices. In common-sense terms the denial of expertise and evidence is seldom a smart strategy as we shall note later.

The harder versions of neo-liberalism in education have focussed on the well-honed mantra of ‘Targets, Tests and Tables’. The ‘Three T’s’ may win wide support from the public, but there are often negligible or even contradictory effects at the point of delivery, enforced by the denial of evidence and research expertise, and ignorance of teachers’ personal missions and mandates.

The softer version of neo-liberalism tend to focus on ‘Trust, Teamwork and Transparency’. For example the Finnish have used a mantra of ‘Trust the Professionals’. Again common-sense might tell us that educational policy is best implemented where the reforms are not attempted in spite of, or despite, what are portrayed of as untrustworthy professionals (who must be constantly tested and micro-managed). Rather a trusting and teamwork based approach will enhance motivation, recruitment, retention and professional development. Comparing the standards and results in Finland with those following a harder version of the 3 T’s makes the point rather starkly for those seeking evidential proof for common-sense instincts.

A general point worth reiterating is the denial of evidence and the denigration and under-funding of educational research is seldom a smart strategy. As a newspaper’s headline last week said about educational policy ‘denial of evidence leads to duff policy’. Well said. An example might be found in the recent embrace of grammar schools – a prime example of what we might call ‘politics-based policy’.  Instead of a serious consideration of evidence rather policy is based on the systemic denial of evidence. Evidence here is very clear that whilst helping the top twenty percent this does not help the bottom (!!) eighty percent. Using an exclusive device to promote inclusion is quite plainly an absurd proposition. But this is where denial of evidence and denigration of research leads.

Educational policy should carefully consider evidence and research before launching experiments with our children’s life chances. Nobody in law or medicine would make decisions without carefully undertaking research and reviewing all the evidence. Our children’s futures are too important to be treated in a manner that is in any way different. First commission research, then painstakingly weigh the evidence, then develop policy. What we need is evidence-based policy not more politics-based policy. This is the route to better education for all our children. 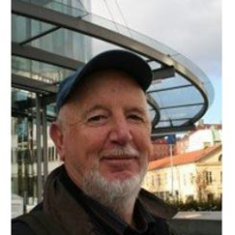 Professor of Learning Theory at University of Brighton

Ivor Goodson has worked in universities in Europe, Canada and the USA, and held visiting positions in many countries, notably at the Max Planck Institute in Berlin and Stanford University in the USA. Ivor is currently Professor of Learning Theory at the Education Research Centre, the University of Brighton, UK and is International Research Professor at the University of Tallinn, Estonia.

In 2016 Ivor was nominated for inclusion in the forthcoming 2000 Outstanding Intellectuals of the 21st Century 10th Edition Publication: mid 2017 (International Biographical Centre, Cambridge: UK) and for entry in The Routledge Encyclopaedia of Educational Thinkers – this is the only entry for a serving academic, representing England and Europe.

His books and papers can be accessed on Ivor’s website: www.ivorgoodson.com