The awarding gap is starkest between the likelihood of White (domiciled) students and Black, Asian and minority ethnic (BAME) (domiciled) students being awarded a ‘good’ degree in the United Kingdom. The gap continues into the workplace with a 17 per cent pay difference between Black male graduates and White male graduates (OfS, 2019). The Office for Students (2019, p. 34–35) identifies the following four key domains that require attention in addressing the awarding gap.

This blog focusses on the fourth domain because without attention to it we cannot account for the affective cost to students for our valuing of particular forms of knowledge in higher education.

In practice the fourth domain is concerned with identity work. To illustrate, the following quotes are from a small-scale qualitative research project (Part, 2016) and have been chosen to unmask the impact of identity, belonging and positioning for teaching mathematics in higher education.

‘They were like “Gods” … real maths, x and beta and p and all this stuff … you know, it was just like … some kind of magic.’
Jalal (Psychology and Law, level 4 student)

Jalal’s memories of childhood mathematics continued to position his (non)mathematical self. Those who could ‘do’ mathematics were exceptional, non-human even, commanding magical (inaccessible) language and he wasn’t alone in his passion to be able to do ‘real’ maths. Steve, quoted below, told stories of heroically fighting a gallant battle to ‘destroy’ mathematical questions.

‘(At school) I didn’t want to know … and now looking back I don’t think I could have been that stubborn … (now) it’s incredibly fun … trigonometry, or like what the algebra stuff is … it’s kind of like jumping off a building and thinking am I going to land?’
Steve (Education Studies, level 4 student)

Steve continually negotiated his own sort of ‘average’ kind of mathematical self through exciting narratives consumed by both desire and loss. Julie (below) also used gendered oppositions, conjuring up binary metaphors that enabled her to split the rational (male) mind, over (feminine) matter, justifying her continued positioning as a hardworking, contentious ‘non-mathematician’.

‘It’s almost like, hands off … I’ve been brought up in that sort of environment … the untold thing, men are better at that … you shouldn’t know this. … You don’t need to know this. It’s too difficult for you.’
Julie (Education Studies, level 4 student)

Kath was pragmatic. She told stories of overcoming her schoolgirl defiance and got on with the business of ‘doing’ mathematics. Similar to Steve, Kath reconciled her success because as an adult, she could now put aside her anxiety.

… like circle theorems, I will never understand why someone might have sat down and worked that out … I mean coke cleans off the grease from the oven, but why would someone ever put coke over their oven in the first place? I mean it’s just one of those funny things.
Kath (Education Studies, level 4 student)

Kath and Steve both used the interview space to create their own safe, accomplished position of average. Steve spoke about ‘real’ mathematics being ‘out there’, Kath suggested ‘there’s no point in squawking … running round like a headless chicken’ and both spoke about closing the gap, jostling with others, and securing their own kind of mathematical self.

What is the effect of bringing identity work into the higher education classroom? Cognitive learning sciences and humanistic psychology combine to provide strong foundations for learning mathematical procedures, but it is with the addition of the psychosocial domain that we can account for the affective cost to Jalal, for valorising particular forms of knowledge. It is with an understanding of (not) belonging that we can trouble assumptions of a mathematical gene, so that spaces of mathematics within can be encouraged and brought to the surface. Steve told amusing anecdotes, but it was clear just how risky an endeavour it was, full of fantasy and fear, for him to discuss mathematics with his peers. Kath was polite, empathetic but keen to protect her new success. This often made peer-to-peer collaboration an uncomfortable experience as she felt her success was at the expense of peers, still struggling to overcome anxiety.

Some ideas have included asking initial teacher training (ITT) students to rank pictures in terms of their ‘mathliness’. This encouraged familial discussion about encounters of mathematics. Patterns of language and differences in teaching approaches stimulated philosophical discussions questioning the nature of ‘truths’ and disturbing narratives of a mathematical gene. Genetics need never feature in discussions on cognitive capacities. It is the very absence of the psychosocial domain in our teaching at higher education that undermines any other well-meaning efforts we might have to flatten the awarding gap.

Office for Students [OfS]. (2019, April 30). Regulatory Advice 6: Good practice advice on the preparation of access and participation plans for 2019–20. Retrieved from https://www.officeforstudents.org.uk/media/1105/ofs2018_06.pdf 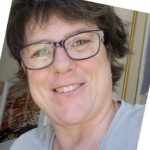 Tracy Part is an academic developer at the University of East London, whereby one of her main roles is to support the Community of Practice university-wide. She holds a doctorate entitled ‘Identity formation: Troubling stories of adults (not)taming mathematics’. She worked in the further education sector for 15 years as a teacher and teacher trainer, during which time she delivered the Southbank University LLU+ ‘Training the Numeracy Teacher Trainers’ programme. She co-wrote the ‘Numbers’ booklet for the Maths4Life series, and has contributed to the BBC’s Skillswise ‘expert teacher’. She has worked in the higher education sector as a teacher educator since 2012. She is a STEM consultant and has been an external examiner for Canterbury Christ Church University’s PGCE in education and training. Tracy is a senior fellow of the Higher Education Academy (HEA).

Uncharted terrain: Teaching and learning in higher education for times of uncertainty series

Digital equity: Learning in lockdown for the autistic student

Taking a year out? The ambitious teleology of higher education for cultivating a self-aware society