The English in Education SIG held its first research seminar on 15 February – an excellent occasion featuring Dr Simon Gibbons of UCL. Simon’s research has focussed on the history of English teaching in secondary schools and his two books, The London Association for the Teaching of English 1947–67: A history (Trentham Press, 2014), and English and its teachers: A history of policy, pedagogy and practice (Routledge, 2017) are both important contributions to the field. He divides the last 50 years into two broad phases: ‘the age of innovation’ (around 1960–1988) and ‘the age of increasing intervention’ (1988 onwards), and speculates about whether there has been a ‘golden age’ of English teaching in the UK.

‘There was a long period in which English in education was a thriving discipline. The seminal Dartmouth conference of 1966 was a remarkable event in the history of the subject.’

English teaching in England is suffering a severe retention crisis. Other evidence suggests increasing failure to attract new teachers, especially to School Direct routes. To reflect on the current issues facing English teaching in England’s schools using the evidence of history, as Simon does, is far more than an exercise in sentimentality. There was a long period in which English in education was a thriving discipline. The seminal Dartmouth conference of 1966 (see the website of the International Federation for the Teaching of English [IFTE]) was a remarkable event in the history of the subject, bringing together leading thinkers in the field from the US and UK. It was funded by the US government in the spirit of the Cold War, with Washington afraid that the US education system was falling behind that of the Soviets (the current resurgence of Russian nationalism is a stark reminder that history also repeats itself). The history of the conference and its global impact will feature in The Future of English Worldwide: Celebrating 50 years from the Dartmouth Conference, to be published by Routledge in June 2018 (Goodwyn et al 2019).

That conference was a fulcrum for thinking about the purpose of English, and Growth through English (Dixon, 1967) was the UK report of conclusions about what English in schools might achieve. However, it was, in a sense, a stopping-off place, as the already powerful movement of progressive English swept through the comprehensive schools of the country between the 1960s and 1980s. Other key thinkers of that time – James Britton, Douglas Barnes, Harold Rosen, Nancy Martin and numerous others – developed a version of English that was dynamic and emancipatory. Its emphasis was on the vital importance of speaking and listening; of writing as a discipline of expression, best captured through course work and not examinations; of reading literature of all kinds; of respect for the language communities that children came from; and an increasing recognition of diversity and cultural difference. The importance of Growth through English has been reconsidered by Goodwyn (2016, 2017), and will be reviewed in considerable depth in the IFTE volume, The Future of English Worldwide (Goodwyn et al 2019). The historical evidence shows that its teachers were fired up by this child-centred and future-oriented vision of English. These teachers had a great deal of autonomy and a passionate commitment to comprehensive education, and were a part of powerful and inspiring professional communities – especially evident, as Simon’s research demonstrates, in the London Association for the Teaching of English (LATE) and its national equivalent, NATE.

The contrast between that era and the present one is stark. Teaching as a profession has, arguably, low status, the confusing range of routes into teaching is bewildering rather than empowering, and the individual teacher has little autonomy and is forced to focus on high-stakes testing throughout secondary schooling, making schools feel like exam factories (see Hutchins, 2015). English as a subject no longer has coursework, speaking and listening has been demoted to a sideshow, and a narrow version of the English literary heritage dominates GCSE.

Research over many years has demonstrated that applicants for courses to become English teachers typically express their love of reading and wish to pass on this passion to young readers. Simon remarked that he has yet to interview any candidate who expresses a love for putting especially neat lesson objectives on the board.

Research into English teaching in schools has never been more important. It should be informed by the history of the subject and of policy interventions – but it needs to demonstrate how authentically good English teaching produces excellent student learning, and why becoming an English teacher, and remaining robust and resilient through difficult times, remains a truly worthwhile career. There are still very good teachers of English coming into the profession: why, and how, will be the subject of a future blog. Our concern here is why there are not enough coming in – and, more crucially, why are far too many leaving.

Goodwyn A (2016) ‘Still growing after all these years? The Resilience of the “Personal Growth model of English” in England and also internationally’, English Teaching, practice and critique 15(2): 7–21

Dixon J (1967) Growth Through English: Report Based on the Dartmouth Seminar, 1966, Oxford: Oxford University Press and the National Association for the Teaching of English 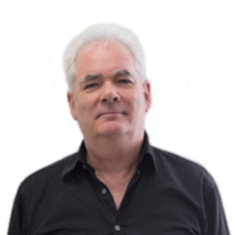 Professor Andy Goodwyn is convenor of BERA’s English in Education special interest group (SIG). He is professor and head of the School of Education and English Language at the University of Bedfordshire, and is emeritus professor at the University of Reading, where he was head of education between 2007 and 2015. After 12 years of teaching English in schools he moved to work in teacher education and research. He has been a member of the National Association for the Teaching of English (NATE) for 35 years, and is a former chair. His research focusses on first language education and on the concept of teacher expertise. He has a particular focus on the professional identity of English teachers. He has published extensively, including single-authored and edited books, contributed to many scholarly journals, and given lectures and presentations around the world. He is also on the editorial board of numerous journals. He is currently president of the International Federation for the Teaching of English, and a fellow of the Royal Society of Arts.

You may also be interested in the following upcoming BERA events:

The power of literature: Why literature teaching is about emancipation and social justice

Supporting teachers who have trained during the pandemic to thrive in their first year of teaching: A guide for secondary schools